Five years later and still no fix for peeling plates

New York State government and 3M seemingly cannot figure out how to prevent license plates from peeling away. 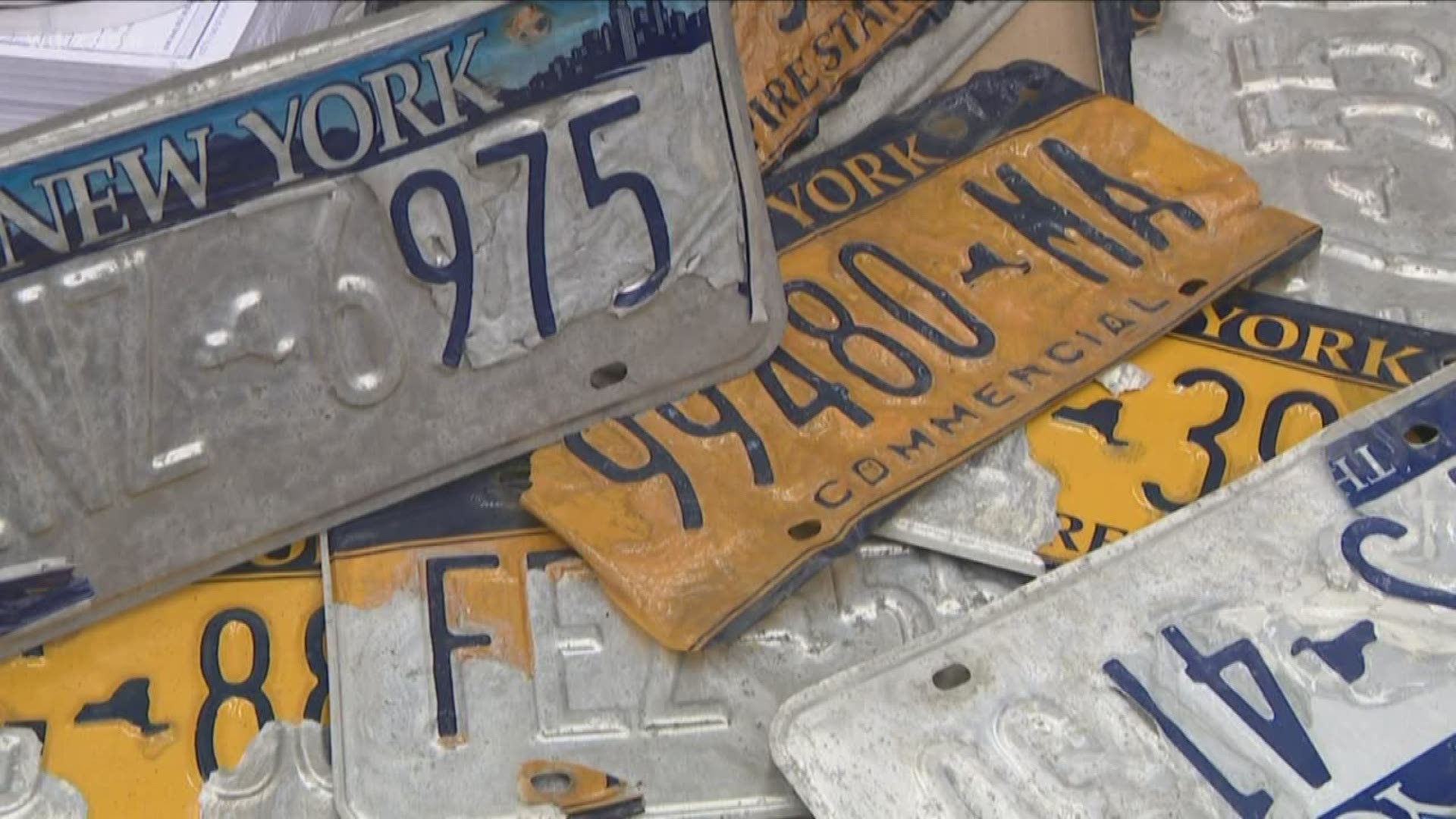 CHEEKTOWAGA, N.Y. — We know you’ve heard this before because 2 On-Your-Side has been reporting on this going back five years: peeling New York State license plates.

In November of 2014, Dave McKinley reported on the phenomenon of the painted covers on state license plates bubbling, peeling and at times coming completely off the aluminum plates.

At the time, the state Department of Corrections said just “a small number of… plates have experienced peeling.”

Erie County Clerk Michael Kearns who oversees auto bureaus in and around Buffalo says some 300 sets of defective plates were turned in June. Kearns says they are on pace for similar numbers this month.

The plates are manufactured by inmates at Auburn Correctional. The process involves attaching a laminated, printed cover to the plate. The sheeting applied to the plates is made by Minnesota-based 3M, a multi-national corporation which makes a wide variety of products and had $32-billion in sales last year.

2 On Your Side obtained details on 3M’s contract with the state. Neither the Corrections Department nor the state DMV would say if there were earlier deals, but a notice of contract award indicates an approval date of August 25, 2014. That was just a few months prior to our first reporting on the problem.

It appears 3M was in a position to make about $1.2 million annually from the deal. The state Comptroller’s Office tells us that contract is active through the end of August.

It does appear that as recently as last year, the Corrections Department and 3M knew they had a problem on their hands. A state spokesman telling WHEC in Rochester that it and the company had “investigated the issue and were not able to replicate the peeling.”

Plates that have deteriorated can be exchanged at any auto bureau free of charge. How many defective plates have been turned in around the state? Either state government does not know or will not say.

Back in May, a DMV spokesperson told 2 On Your Side the number of plates turned in for this problem was “minimal”. A Corrections Department spokesman said, “a limited number” of the 12-million license plates in circulation were returned.

And just this week, 2 On Your Side learned the state Comptroller’s Office, which has broad authority to examine state government spending, could not immediately find any audit of the 3M contract or possible additional costs connected to the long-running issue of peeling license plates.