For the week of October 6 through 12, fall colors will become more prevalent as the first peak color takes shape too. The trophy for the first official peak will be given to the Adirondacks with area there peaking this weekend.

Forecast-wise, this first peak fall color will be about a week late for the state this year, with October 1 being the traditional date for this. The Western New York region traditionally experiences peak fall color in late October, but it has been seen as early as the second week in the Southern Tier before.

Keeping this in mind, and the current observation of partial color expected across Western New York this week, Buffalo is on track to experience peak color around October 31 or just after. This is barring any cold and/or windy October storm systems that could occur this month. The Southern Tier's anticipated peak is around October 22.

In addition, the Thousand Islands Seaway and Catskills could see a quick progression from near peak to peak color, respectively, this week.

ILOVENY.COM's map is made through the culmination of visual reports from volunteer spotters and archived data from previous years. Fall foliage reports and observations are sent in on a weekly basis and updated once a week through the end of the season.

This year "I LOVE NY" is urging those who plan on traveling to view fall colors to follow COVID-related health and safety guidelines.

And don't forget, you can share your fall foliage photos with WGRZ by using the Near Me feature on the WGRZ app or by using the hashtag "BeOn2" on social media! 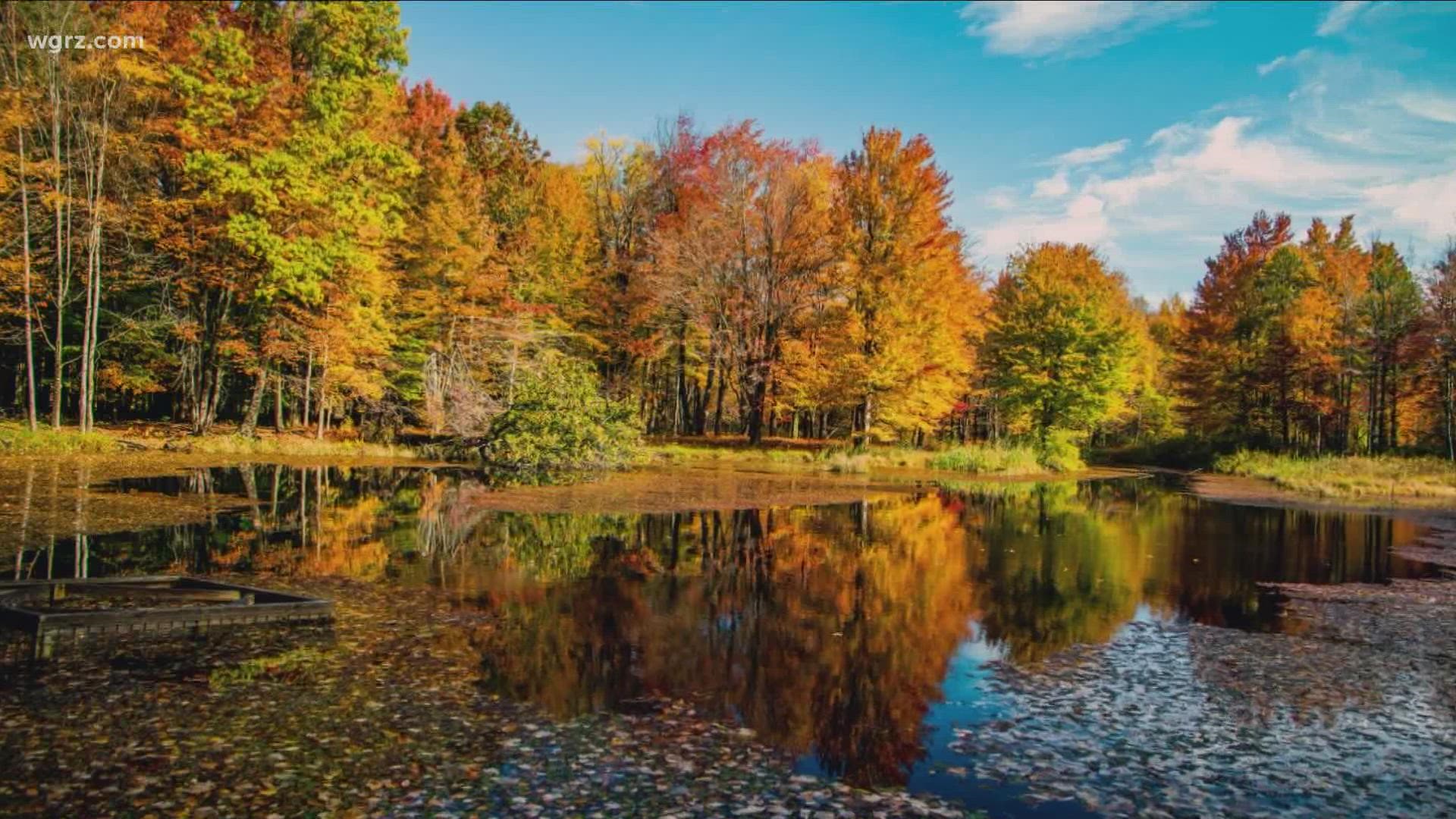