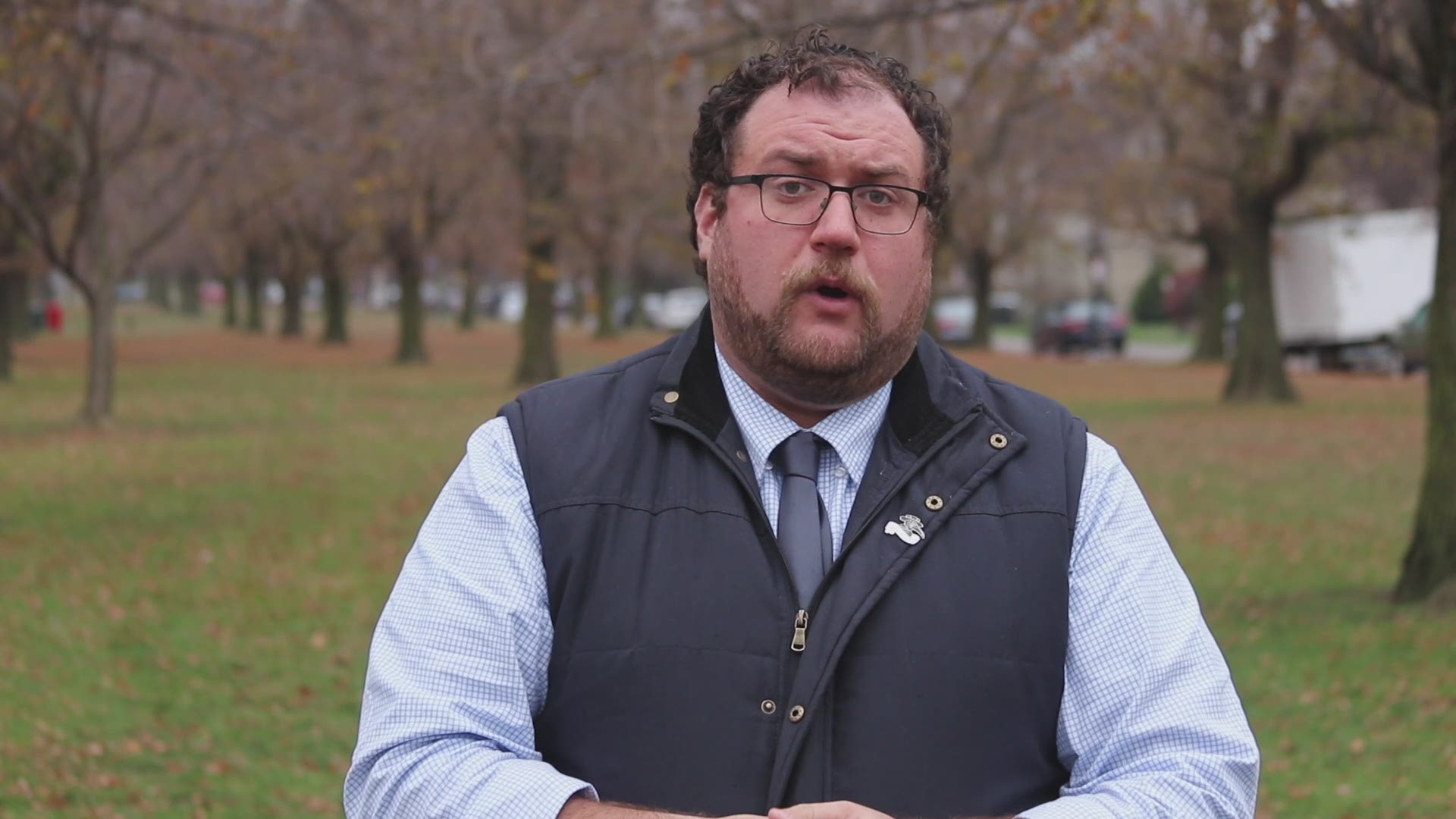 BUFFALO, N.Y. — Since the inception of the internet, Buffalo proper has only had one high-speed broadband provider. For the sake of argument, we’ll refer to the FCC definition of high-speed, which is 25Mbps.

First, it was Adelphia, then Time Warner, and now Spectrum.

When 2 On Your Side started asking city officials and lawmakers about it in 2019 the Common Council changed language in the city’s franchise agreement template.

That led to Rochester-based Greenlight Networks announcing they were expanding to the Queen City after an infusion of capital from billionaire Tom Golisano.

It has been a year, and it’s worth asking where that project stands?

“We’re happy to say we made progress, despite the pandemic, working with the City of Buffalo, National Grid and Verizon,” said  Mark Murphy, President and CEO of Greenlight Networks. “So we now have our utility agreements in place that allow us to start applying for poles in the city of Buffalo.”

2 On Your Side can exclusively report that Greenlight will begin connecting homes to its high-speed fiber network in the West Side and Elmwood Village of Buffalo as early as the 2nd quarter of 2021.

Murphy said the company plans to expand to more than 30,000 homes by the end of 2022 in the City of Buffalo as well as expand in Cheektowaga and Lancaster--so long as they’re able to reach agreements with utility companies in those municipalities.

Here is a map of the neighborhoods that will be connected in phase 1 rollout of the Greenlight expansion:

The project, however, does appear to have an issue, according to Greenlight.

“There are issues with NYSEG right now,” said Murphy. “RG&E is having NYSEG withhold our agreement that we’ve been asking for for six months now.”

Murphy says this is putting some of their expansion plans in the suburbs of Erie County behind schedule.

“At this point, we’re about six months behind where we’d like to be in the NYSEG territories.”

2 On Your Side reached out to NYSEG to comment on these claims, but we did not receive a response at the time of publishing.

Greenlight says they hope to continue expanding in Cheektowaga, Lancaster, and Clarence as soon as they firm up agreements with utility companies.

Access alone, however, won’t solve the woes of the digital divide in Buffalo. WGRZ has obtained, through a FOIL request, data from the New York State Education Department that paints a bleak picture for student broadband access in the city.

More than 10,000 students in the Buffalo Public School District have insufficient access to the internet, according to the survey data that was submitted by the district.

Greenlight's entry-level service is around $50 per month. Knowing the financial struggles Buffalo residents are facing, and the fact that nearly 50% of children in Buffalo live in poverty, 2 On Your Side asked Greenlight’s President if considerations were being made to partner with a philanthropic organization to provide access to students.

“We’ve begun some of those conversations with different aspects of the community,” Murphy said. “I think we should have some positive announcements to that end coming out in the coming weeks.”

In Rochester, the broadband provider partners with organizations to provide service to affordable housing communities.

“We are looking for partners in Buffalo to do the same,” Murphy said. Greenlight’s model is inherently grassroots. Neighborhoods on the West Side and Elmwood Village came together and reached out to Greenlight in an organized manner to appeal for broadband coverage. Murphy says the more neighborhoods that band together and request service, the greater chances they’ll have to be part of the phase 2 expansion of their Buffalo rollout.

For a city that is clamoring for competition, the Greenlight service could be a welcome service for residents.

“We’re going to be able to serve a number of parts of the city that may not normally have access to a service like ours,” Murphy said.