Erie County elections staff gave 2 On Your Side a look at the new electronic poll books that they will be using. 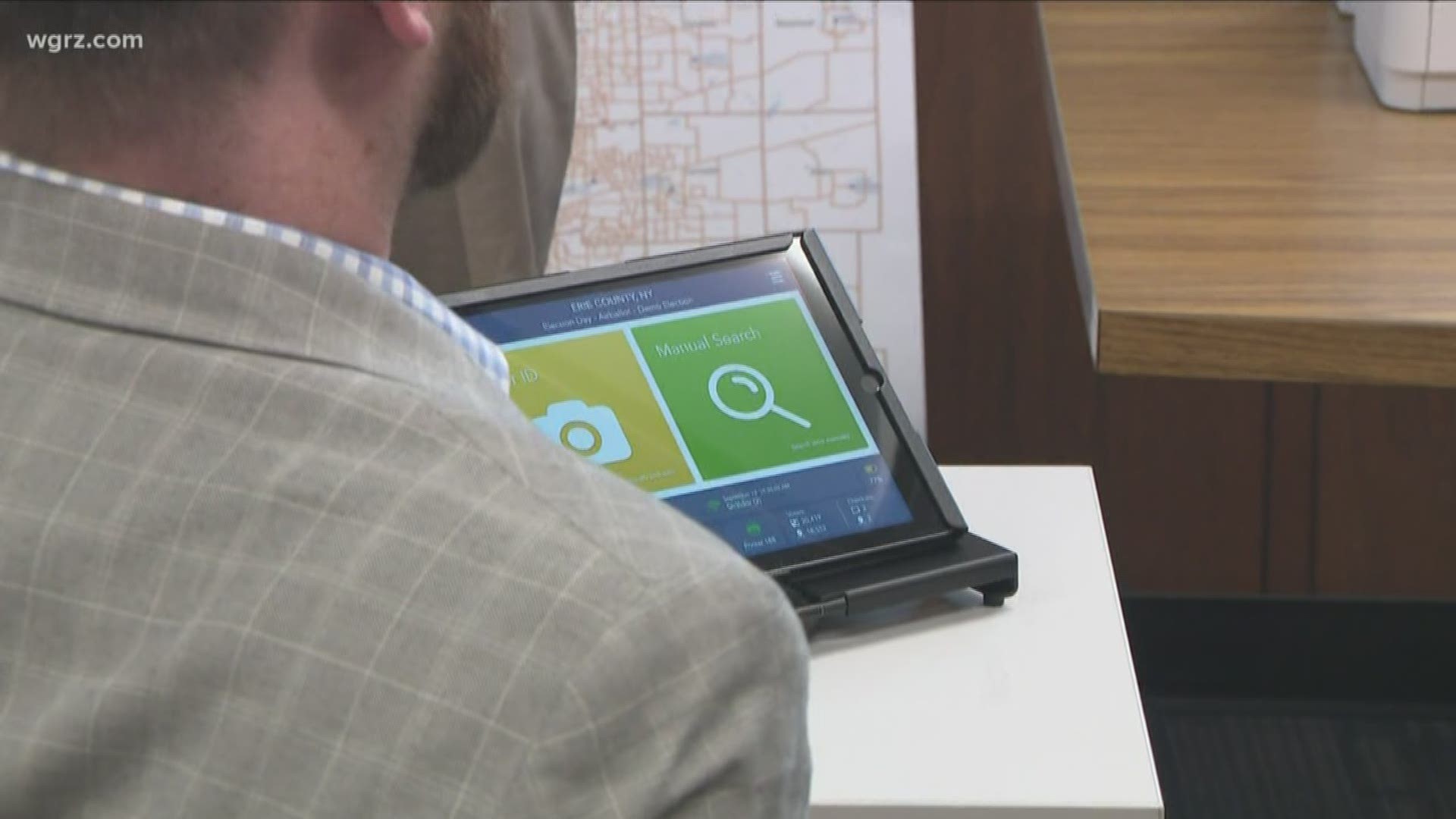 BUFFALO, N.Y. — Election Day is less than two months away, but voting will start before then.

Actually 10 days before under the state's new early voting law.

Erie County elections staff gave 2 On Your Side a look at the new electronic poll books that they will be using. This will let county voters cast their ballots at any of 37 early voting locations around the county.

"Once you're checked in, the ballot will print out as usual. It will be put in the privacy folder, they'll go fill it out, and then it will be put in the same machine we've always used and load it up," said Erie County Board of Elections Commissioner Jeremy Zellner. "So we're not changing the way people are voting, we're changing the way we're checking them in here in Erie County."

Those electronics will be used in every primary and general election starting next year.

Early voting will be open this year from Saturday, October 26 to Sunday, November 3. Election Day is November 5.

RELATED: E-poll books on their way to Erie County for early voting