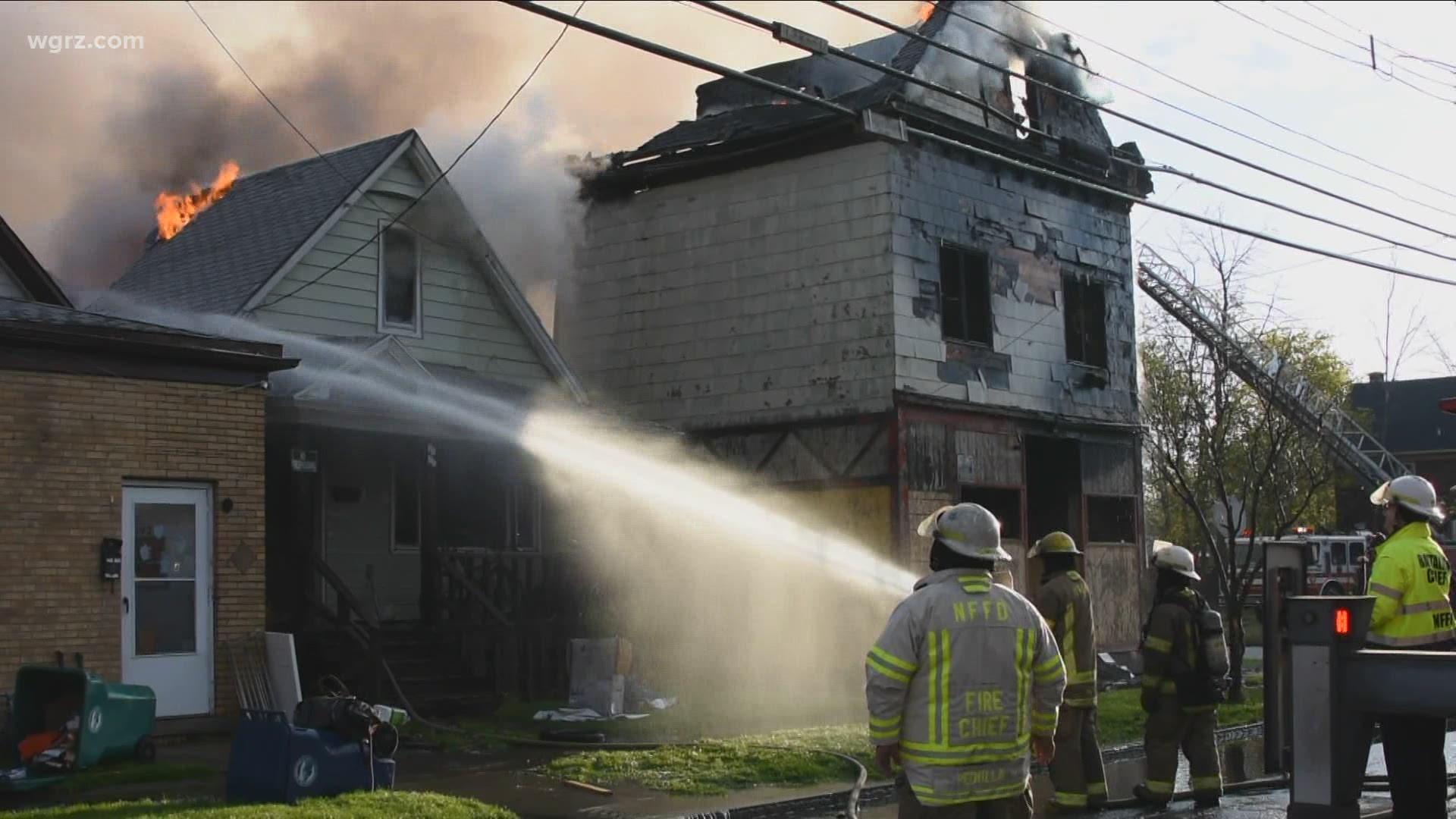 Massive flames and a large plume of smoke could be seen around 6 a.m. from 2 On Your Side's camera on top of the Seneca Niagara Resort & Casino.

City of Niagara Falls Fire Chief Joe Pedulla says upon arrival, the fire was venting through the roof of the former Frosted Mug bar and restaurant.

Pedulla says no people were hurt in the fire. However, several animals were killed in the blaze. He added that at least two buildings were damaged from the fire.

One of those buildings was the house next door that Laureen Peterson, Randi Eckelberger, and their families called home.

"We lost everything," Peterson says.

The neighbors say someone knocked on their door at around 5:30 a.m. That's when they went outside and called 9-1-1.

Peterson told 2 On Your Side, "I came out, and I called 9-1-1, and then the building started to collapse, and when it did, it fell onto my house."

While Niagara Falls Fire Department says no one was injured, Peterson and Eckelberger are mourning the loss of their cats, a fourth cat is currently being treated in emergency care, and all of their belongings.

The Red Cross is assisting the families with help, as is the community.

"I have two daughters, and she has a son, two of which are autistic and don't really understand what's going on at the moment," Peterson says.

There is currently a GoFundMe page that is raising money to help get these families back on their feet.

Peterson is grateful, saying, "people have been going by and saying they are here for us."

A spokesperson for the City of Niagara Falls says the Niagara Falls Fire Department is currently investigating the incident. The cause of the fire is unknown at this time.