Fire rips through West Side house in Buffalo

Buffalo fire officials say it appears someone threw a molotov cocktail into the home around 5:30 Wednesday morning. 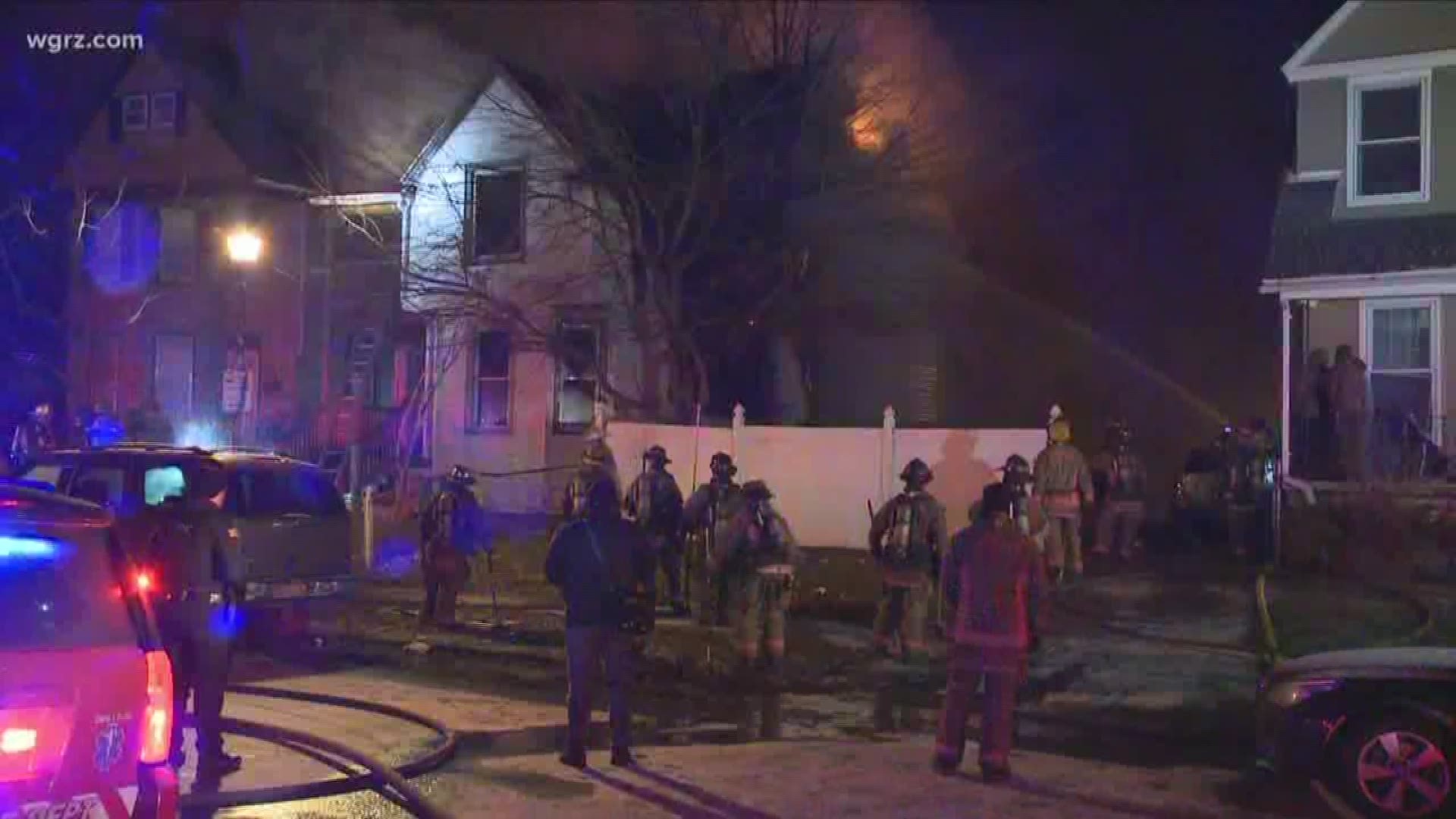 The fire began around 5:30 a.m. and Buffalo Fire crews were on scene shortly after it was reported. Investigators say it appears someone threw a Molotov cocktail into the home.

Three were taken to Oishei Children's Hospital to be checked out, and a Buffalo Police officer was taken to ECMC with smoke inhalation.

Two persons of interest are being questioned by fire investigators at this time in connection with the incident.