A spokesperson for the city government said that there is minimal concern that the fire could spread beyond the Hard Rock site. 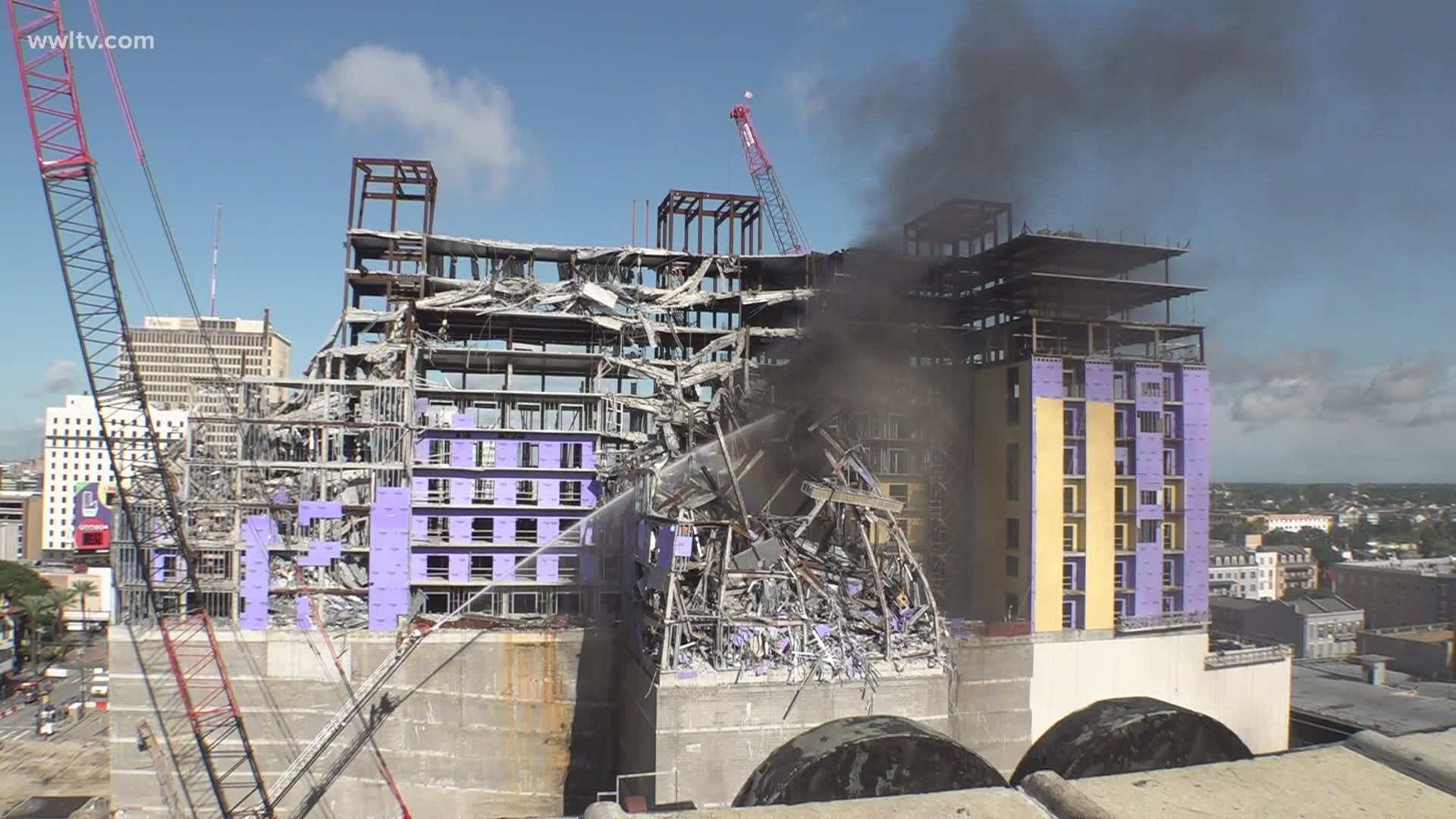 NEW ORLEANS — A fire that broke out amid the wreckage of a collapsed hotel construction project in New Orleans has been extinguished. No injuries were reported.

City officials say the fire in the wreckage of the Hard Rock Hotel began when roofing material ignited during demolition work Monday morning. The New Orleans Fire Department said sparks from workers cutting through a steel girder ignited the roofing materials. The fire was contained within hours and was out by mid-afternoon.

The hotel was under construction last October when it collapsed, killing three workers.

‎New Orleans News from WWL
‎Stay up-to-date with the latest news and weather in the New Orleans area on the all-new free WWL TV app. Our app features the latest breaking news that impacts you and your family, interactive weather and radar, and live video from our newscasts and local events. LOCAL & BREAKING NEWS * Receive r...