The fire happened as Let's Goat Buffalo is about to expand into other cities. 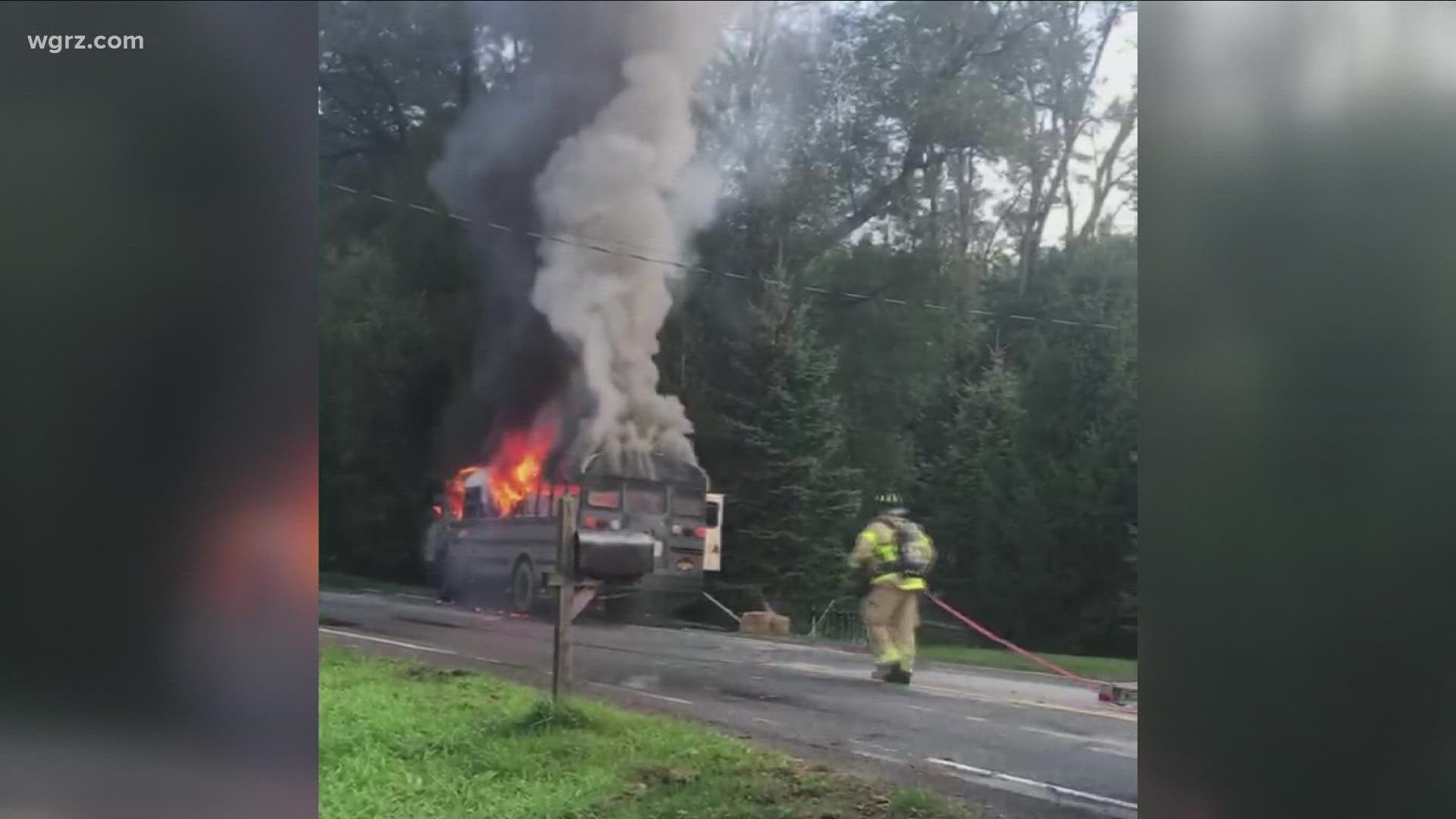 It's a company that gives rescued goats a new home and gives them a job to do. They are "goatscapers." The goats live in South Wales, and they're goats that aren't suitable for farm life anymore because of their age, a disability, or an illness, so they do landscaping and clear brush away in an environmentally friendly way.

In order to do that all across Western New York, Jennifer Zeitler turned an old school bus into the Let's Goat Buffalo bus. It had a home on the road for humans up front, complete with a toilet and shower for longer jobs, and space for the herd in the back.

But on Monday, while they were getting ready for a two week grazing job, had just loaded all of their equipment onto the bus, and were about to load the animals onto the bus, they noticed smoke.

"There were no people on the bus. There were no goats on the bus, but there were some small flames in the middle of the bus. We tried fire extinguishers, it didn't work for us. We called 911 and thankfully, gratefully, the South Wales and Wales Center Volunteer Firefighters came out, and we're very grateful for them. Unfortunately, the bus was a total loss," Let's Goat Buffalo owner Jennifer Zeitler said.

No people or goats were hurt.

Fire destroyed the #LetsGoatBuffalo bus on Monday. Thankfully, no people or goats were hurt, but the bus is destroyed. Now, #WNY is rallying behind Jennifer & her business- hear more from her tonight at 4:45 & 6 @wgrz. pic.twitter.com/ftBH7wjV2N

They are about to expand into Rochester with a second bus and then expand into other cities.

On the bus were all of their tools and the things they use every day - clippers, rakes, shovels. People who have goats have already offered up their trailers to Zeitler's crew so they can get to the jobs they have booked.

"We look at this as a huge blessing. We were just about to load up animals and we didn't. There were no herders or humans on the bus. Buses and things and items and tools can be replaced, and what really matters is our staff, our animals, our community, and nobody was hurt, and that's the greatest blessing," says Zeitler.

The outpouring of support from the community has been so huge that there is a GoFundMe page set up if anyone would like to help.