The building and the contents did not sustain any damage, according to Buffalo Fire officials. 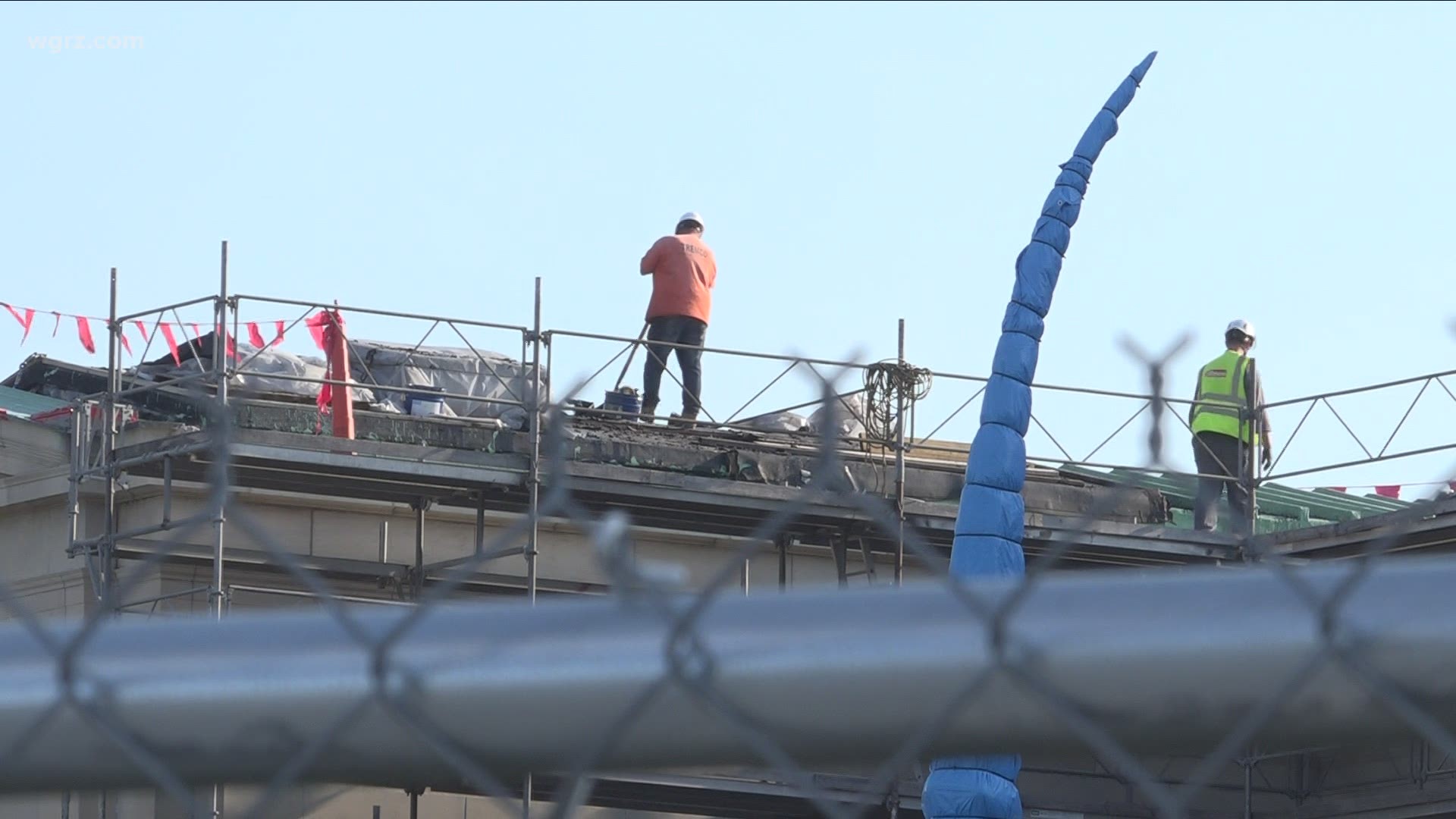 BUFFALO, N.Y. — Firefighters in the City of Buffalo were called to the Albright-Knox Art Gallery Wednesday afternoon for reports of a fire.

Fire crews responded to the scene just before 5:30 p.m.

According to fire investigators, the fire started on the roof of the building that is currently under construction. This includes roofing materials and debris.

2 On Your Side is told that the building and its contents did not sustain any damage.

The cause of the fire is under investigation; however, fire officials say the fire appears to be accidental.

Chris Evanco captured a video of flames showing through the roof of the building. You can watch the full video in the player above.