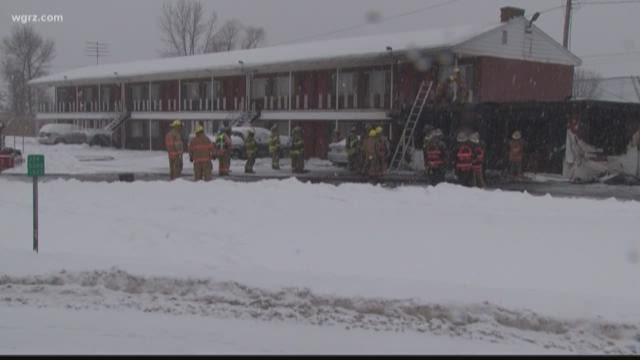 Grand Island Blvd. is currently closed between Bedell Road and Alt Blvd due to the fire.

The fire started in an office and spread to one room. The cause of the fire is unknown.

No injuries were reported. Volunteers from the Red Cross are providing assistance to eight families as a result of the fire.

We will have more information as soon as it becomes available.