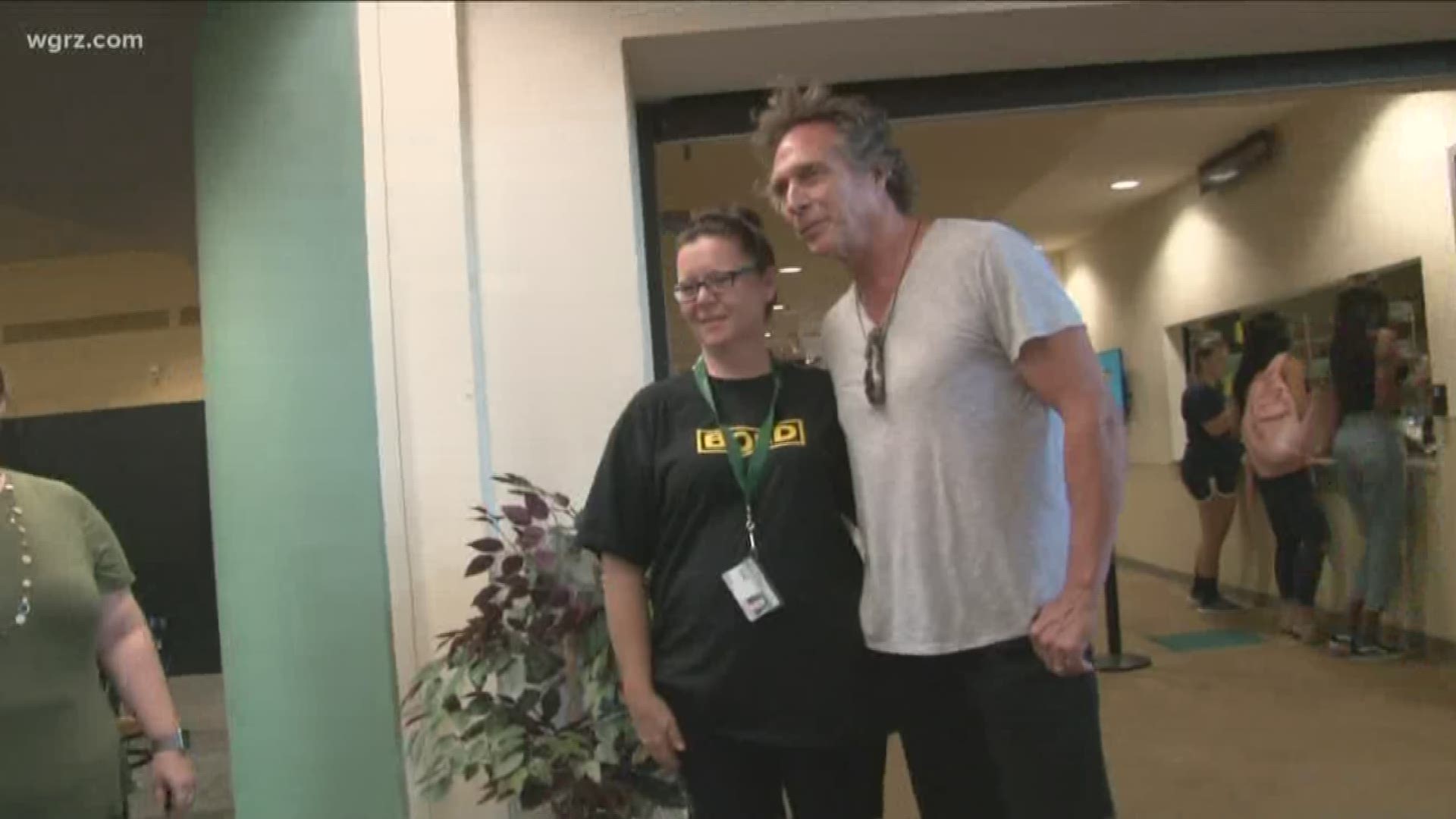 BUFFALO, N.Y. — William Fichtner might be one of the best character actors in Hollywood, but he's also pretty proud of his roots. He was raised in Cheektowaga, graduated from Maryvale High School and attended The College at Brockport.

Fichtner, a criminal justice major during his Brockport days, recently visited campus to screen his new film and directorial debut "Cold Brook." He was very honored to be able to screen this film at his alma mater, even though the story is set in another college town.

"It was always meant to be in Upstate New York, I wrote it about a couple guys in a college town in Cortland, New York," he said.

Those couple of guys are played by himself and his close friend Kim Coates. While the setting is Central New York, most of the filming was done in Western New York.

"There's so much my hometown has to offer," Fichtner said. "The more that I spent time looking around, building up to when we were going to shoot the film, I finally decided we were going to (shoot in Buffalo). I shot more than three quarters of the film in Buffalo. I don't think I could have finished shooting the movie without the support of Buffalo, and I really mean that. "

Fichtner says he is seeing a sea-change of sorts for his hometown's ability to attract other movies, as evidenced by last summer's filming of a "Quiet Place 2" and the recent major motion picture "Marshall." Fichtner says a number of things have worked in Buffalo's favor, including the New York State Film Credit Program and word of mouth.

"It has changed everything in Buffalo," he said. "People are coming to Buffalo, thinking about Buffalo, bringing films there, I got to shoot my film there. So is it changing? Absolutely, 100 percent, all for the better."

RELATED: 'A Quiet Place 2' to be filmed in Western New York