The federal government blames the New York and its Green Light Law. Democrats cried politics while the GOP said, 'We told you so.' 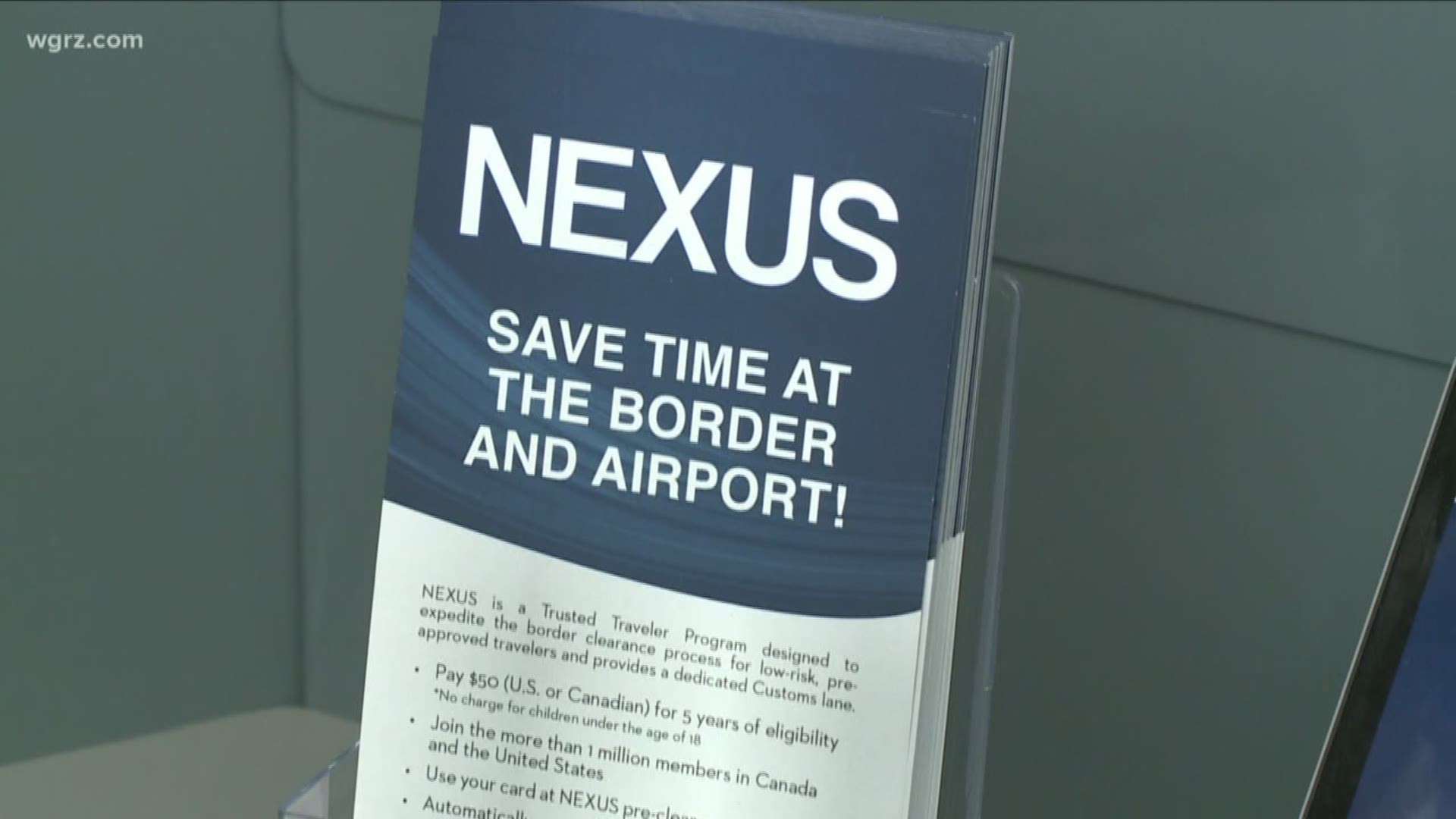 BUFFALO, N.Y. — If you wanted to apply for a NEXUS pass to ease your trips across the border, or have to renew an expiring one soon, you're out of luck.

The federal government has suspended NEXUS and global entry applications for residents of New York State.

And it all has to do with the state's new Green Light Law.

Where did this come from?

The feds say it's not the part of law that lets illegal aliens get a driver's license that has brought things to this point.

Homeland Security has expressed its concern over the impact of the law on its efforts since before it was passed.

On Wednesday, it finally revealed what steps it might take to address them.

In a letter to the state DMV commissioner, Homeland Security's acting director says that because access to that data is "essential" to process NEXUS and global entry applications, they cannot be processed without it, and thus all new applications are on indefinite hold.

"I'm not surprised," said Erie County Clerk Michael Kearns, whose efforts to have the Green Light law overturned in court have been thus far unsuccessful.

"Albany and the governor did not take into consideration the impact this was going to have. Well, guess what? The  federal government reacted today," Kearns said.

We received a similar "I told you so" from New York State Senator Michael H. Ranzenhofer.

"When this bill was debated on the floor last year, it was specifically stated that that this was going to be the effect," Ranzenhoffer told WGRZ.

"None of the individuals who get licenses under the Green Light Law are eligible to receive a Trusted Traveler document anyhow... you have to be a citizen."

She also notes that enrolling in trusted traveler programs such as NEXUS requires the applicant to appear for an in-person interview, with both U.S. and Canadian border officials, and any person in the country illegally would almost certainly not subject themselves to that.

"These individuals are not even going to apply for these," Hochul said.

She also repeated Governor Cuomo's oft-heard complaint that President Trump is picking on New York, the President's native state, because it didn't support him in the last election.

"This is punitive ... like many other things we've seen from the Trump Administration," Hochul said.

While more than a dozen states now have some variant of New York's Green Light Law, New York has the strictest prohibitions on sharing DMV data with federal agencies. It also threatens local police agencies with expulsion from accessing the state DMV database if they share that information with their federal law enforcement partners.

"Absolutely," said immigration attorney Rosanna Berardi, managing partner
of the Berardi Immigration Law Firm in Amherst. "And I think because of our proximity to the border, that's an even bigger issue." 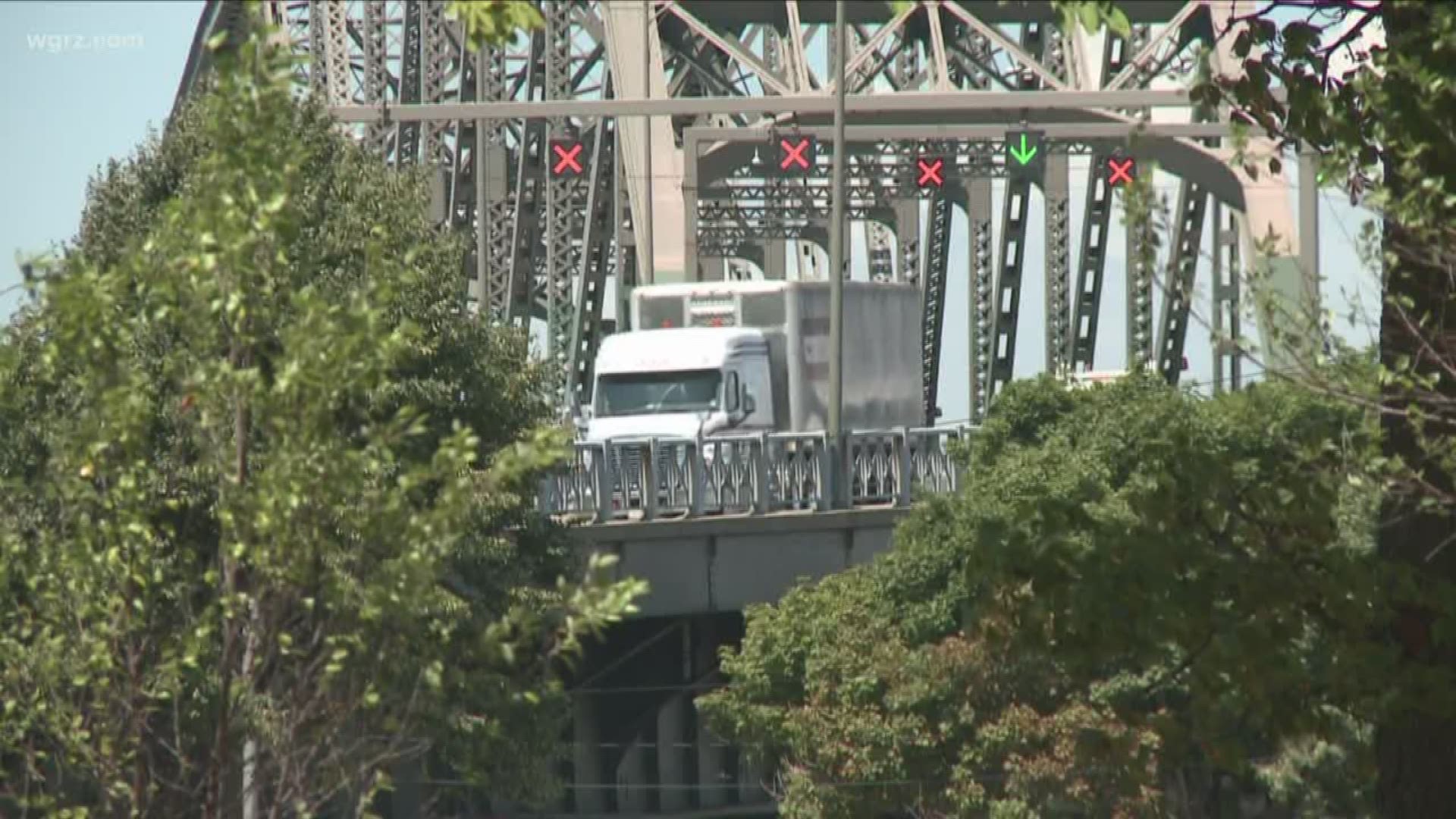 Meanwhile, others say it's unfair to leave everyone who seeks to apply for quicker access across the border through NEXUS and other trusted traveler programs in a lurch, especially those whose business ... is business.

"We have a lot of folks who live in Buffalo who have offices in Canada and vice versa, so it's extremely disheartening," said Dottie Gallagher, the president and CEO of the Buffalo Niagara Partnership.

Angelo Morinello, a Republican State Assemblyman from Niagara Falls, also worries about the impact this move will have on bridge traffic in his city and consequently its potential impact on tourism, which is its life's blood.

"I believe this is one of the unintended consequences of legislation passed in Albany without any experts or those with any experience in the room," Morinello said.

As for potential solutions, Ranzenhoffer suggests, "This (Green Light) bill needs to be repealed."

However, with Democrats in full control of the state legislature, that's unlikely to happen.

It's more likely that it will head to a courtroom showdown instead.

"This will have to end up in court," Hochul said. "New York will fight this."

In a statement on Thursday, New York Attorney General Letitia James said: “Despite President Trump’s attempt to punish New Yorkers for passing its own laws and standing up to his xenophobic policies, New York will not back down."

"This one will end up in court, just like they all do," said Berardi, predicting that within days some court will grant an injunction, before the case makes it way up the judicial ladder, where she also believes the governor and his administration might end up disappointed.

"Ultimately, as we've seen for the last three years, the federal government controls immigration. Period. This has a huge immigration component to it ... and while it may go through many iterations, as we've seen with travel bans 1, 2, and 3, we always wind up in the same place. And that is that the President has controls over immigration."