The thruway stretch through Seneca's Cattaraugus Reservation received the lowest grade by the Federal Highway Administration. 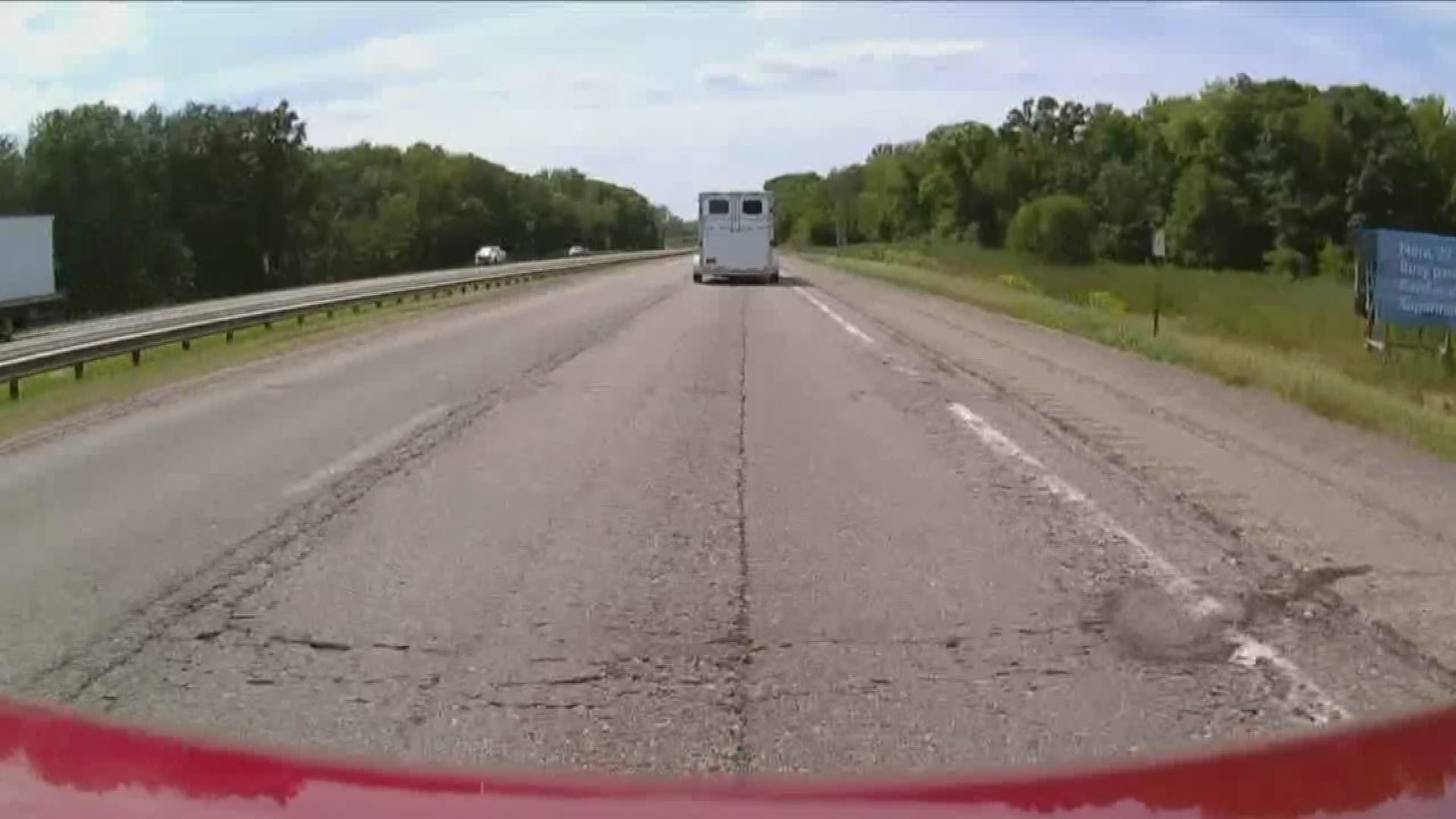 IRVING, N.Y. — Nobody is a fan of the stretch of I-90 that passes through the Seneca Nation’s Cattaraugus Reservation. The interstate is in such bad shape the speed limit has been reduced from 65 mph to 45 mph.

“Going towards Dunkirk, you actually have to get over into the left lane because you’re rattling so much in that right lane that it’s ridiculous,” says motorist Paul Kaier of Cheektowaga.

And 2 On Your Side has learned the roadway also gets bad marks with the Federal Highway Administration (FHWA). Data from the agency shows that the east-bound lanes through the reservation have been designated “poor."

The interstate is measured using the International Roughness Index (IRI) — it's essentially a measurement of how bumpy a road is. IRI data on the west-bound lanes of this stretch of I-90 were not available. We are told it’s because the data was not submitted by the state, which is tasked with collecting this data on all federal roads in New York State and reporting it to the FHWA.

While the deterioration of the interstate has been going on for years, it could become an expensive problem for state government. FHWA policy states federal moneys to states could be frozen “if a state fails to properly maintain a project finances with federal money."

That would seemingly cover this portion of the New York State Thruway. Last year, the FHWA administration distributed $1.7 billion to build and maintain federal roadways within the Empire State’s borders.

2 On Your Side reached out to the New York State Department of Transportation, which provided the following statement: