It is unclear at this time how many diocesan priests have signed the petition. 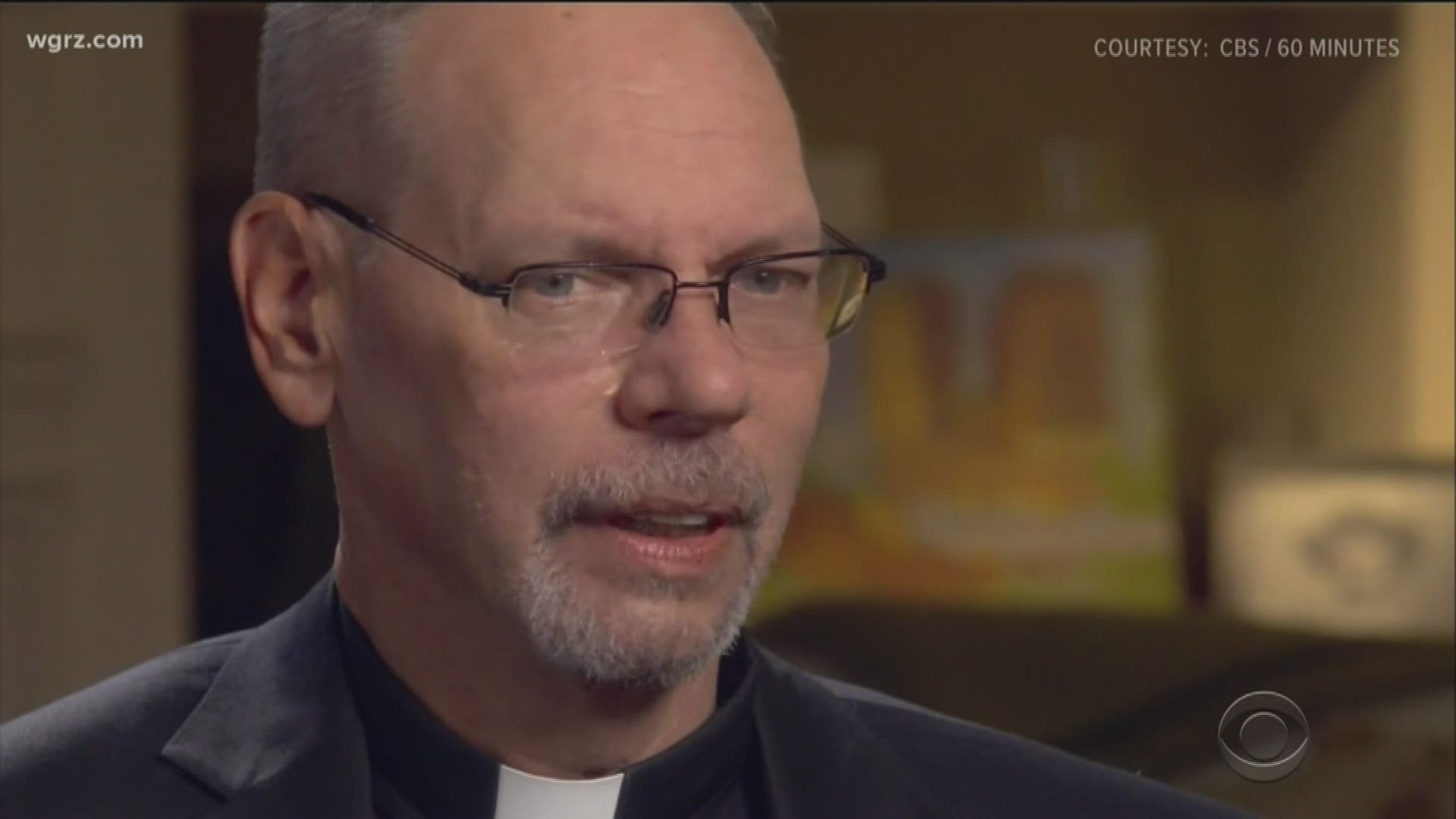 Father Robert Zilliox of St. Mary's Catholic Church in Swormville told 2 On Your Side he is circulating a "No Confidence" petition to be delivered to the Diocese of Buffalo and Bishop Richard Malone.

Zilliox informed his parishioners about the petition on Sunday.

It is unclear at this time how many diocesan priests have signed the petition. However, any priest who signs it will be committing an act of disobedience.

Diocesan priests are required to take an obedience oath to the bishop, and some people argue that signing the petition could be considered going against that. Others argue that they have taken an oath of obedience to the office of the bishop, and it is their opinion that the vote of no-confidence in Bishop Malone demonstrates their loyalty to the highest ideals of the office.

Zilliox told 2 On Your Side's Steve Brown, “I did share with parishioners that a letter is circulating and that I have challenged my brother priests to 'step up.' Now is the time to show true leadership and what it means to be a true shepherd!”

Sunday morning Father Jim Kirkpatrick at St. Jude the Apostle in North Tonawanda and Father Jack Ledwon at St. Joseph’s University Parish both told their parishioners that they will sign the petition.

Father Kirkpatrick told 2 On Your Side he chose to sign the petition after the Movement to Restore Trust called for Malone's resignation.

2 On Your Side has reached out to Malone, but the bishop is not scheduled to attend public mass today.

This information comes after the Diocese said Friday night that allegations of abuse against the Rev. Louis S. Dolinic have been substantiated and he will remain on administrative leave.

That same day Malone was at WBEN radio where he did his first interview since the Movement to Restore Trust asked him to resign.

A spokesperson with the Diocese of Buffalo released this statement on Friday in response to the Movement to Restore Trust calling on the bishop to step down:

Bishop Malone was disappointed to receive the news from John Hurley that the Movement to Restore Trust (MRT) Organizing Committee has decided to cease their collaboration with the Diocese and also to call for his immediate resignation.

The MRT began their work with a faith-filled and passionate concern for the Church throughout Western New York.  While the Church has faced deep challenges, the dialogue and discussion of the Joint Implementation Team (JIT) helped the diocese make significant progress over the past several months, including holding seven Listening Sessions across Western New York. Bishop Malone was looking forward to continuing to cooperate with the MRT and regrets that the work will now have to be done without their assistance.

Nevertheless, Bishop Malone will continue to work with the established consultative bodies in the diocese such as the Diocesan Pastoral Council, Bishop’s Council for the Laity, Presbyteral Council, and other priest and lay leaders to accomplish the goals of assisting the healing of victim survivors of sexual abuse, enhancing lay involvement in the Church, and strengthening the trust and faith of the people of this diocese.

RELATED: Bishop Malone says he has no plans on stepping down