Fantasy Island season pass holders want their season passes to carry over to 2019 because many rides are broken. 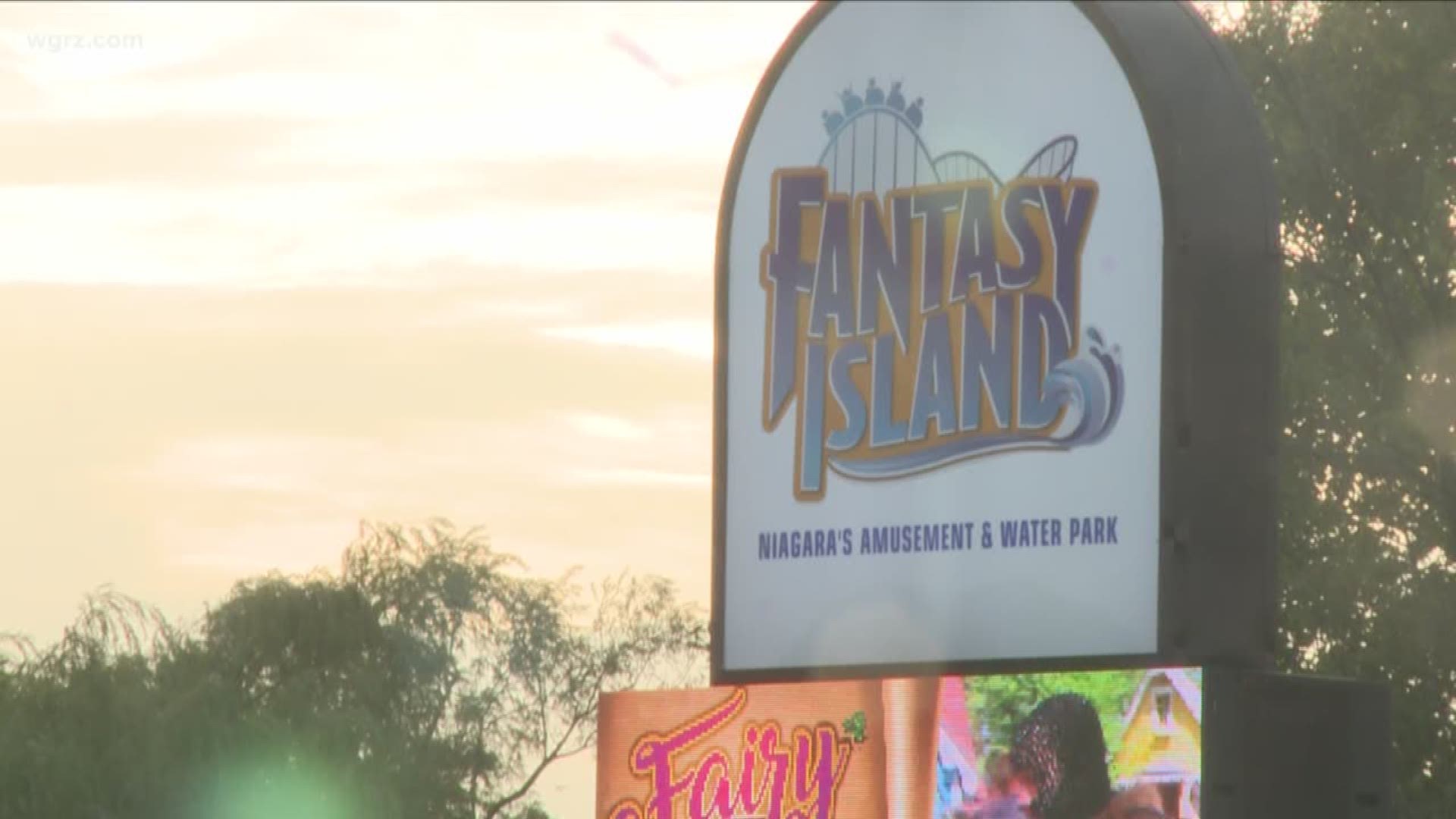 GRAND ISLAND, N.Y. – Thousands of Fantasy Island season pass holders are demanding a refund saying too many rides and attractions are broken this summer.

2 On Your Side's Kelly Dudzik got answers Thursday night from the park's owners.

"There's more rides down than there's running, and they're just, everybody's just so rude," says Steven Stapleton of Niagara Falls.

Stapleton is fed up with Fantasy Island, so he helped start a Change.org petition on behalf of season pass holders. It now has more than five-thousand signatures. People are demanding the park let them use their 2018 season passes next year.

On Monday, the park tweeted that five of its attractions were closed, including the popular wave pool.

It's disappointing for Stapleton's grandkids who have season passes.

"You go there right now, the wave pool's down. Been down all season. Every time they go there, they're told it's going to be open next week, next week, next week. So then, I did make a complaint about it, lady said if they've been there more than two times in this year, then they got more than their money's worth, so we shouldn't be complaining," says Stapleton.

A viewer sent us a photo she took less than a week ago of the wave pool and it is under construction.

Thursday night, 2 On Your Side got an answer from the Apex Parks Group for season pass holders. We are told season passes will not be refunded for this year, and they won't be rolled over for next year either because the company says the park “has a lot of entertainment value for which we charge just $36.99.”

Apex Parks also told 2 On Your Side the Wave Pool isn't opening this season. It says the wave pool wasn't built to the original specifications on file with the NYS Department of Health. The company says after redesigning the plumbing and filtration systems, it discovered several leaks.

Stapleton doubts his family will go back next year.

"We're saying already we're just going to have to bite the bullet and take them a little less and take them to Darien Lake," he says.

Apex Parks Group also says it's reaching out to guests to satisfy their concerns. A season pass holder forwarded 2 On Your Side an email she got Thursday night from the park's General Manager apologizing for the wave pool being broken. She says it's too little, too late.