Fifteen-thousand Bills fans showed up to cheer on the team Saturday at Highmark Stadium. 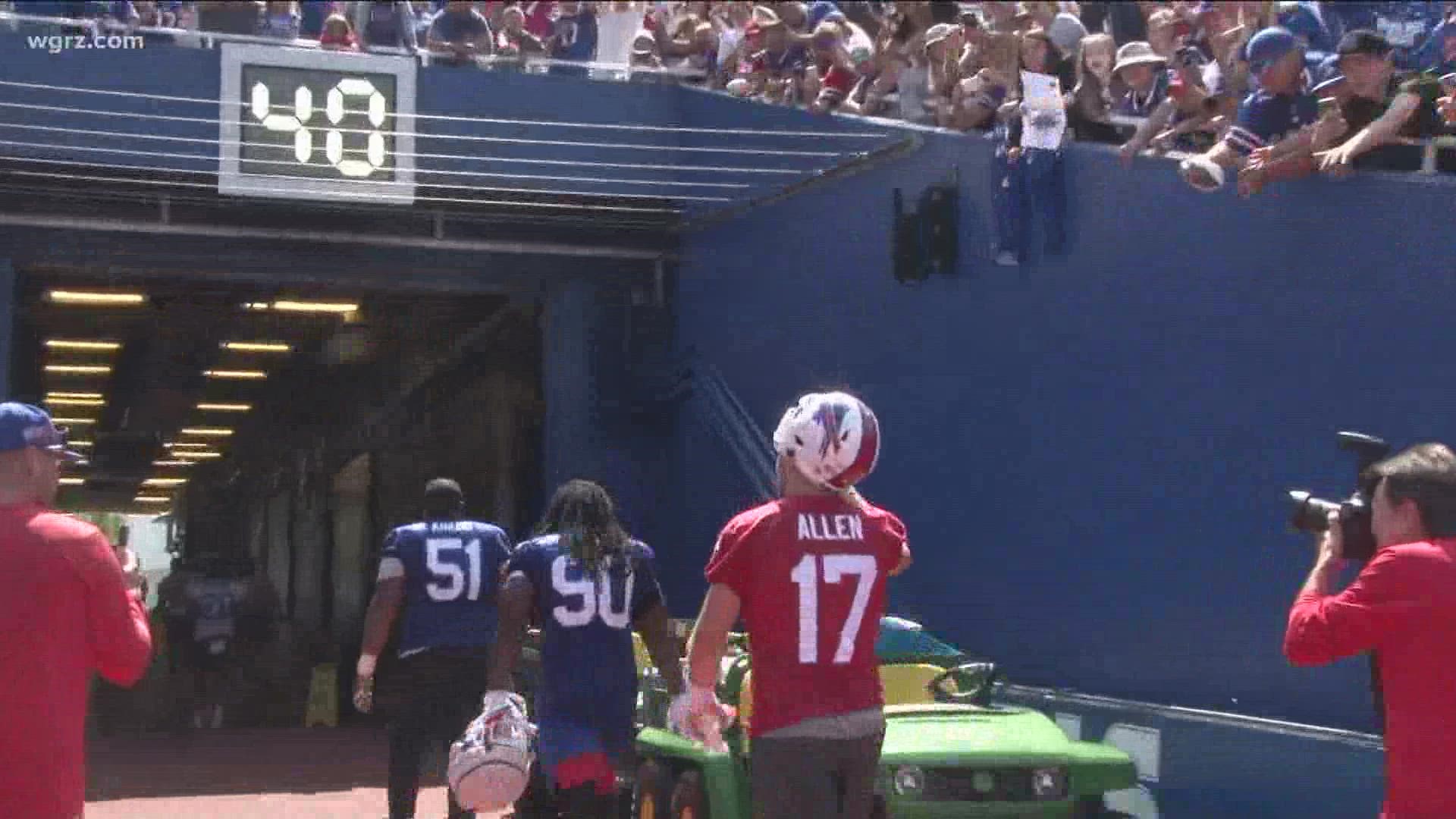 ORCHARD PARK, N.Y. — Saturday was the first chance to see the Buffalo Bills in-person this season at training camp.

Practice ran from 10 a.m. until noon at Highmark Stadium. To watch the team practice was free to the public, but fans had to secure tickets online.

Bills Mafia certainly knows how to show up for their team. Fifteen-thousand Bills fans showed up to the stadium on Saturday.

#Bills RB Zack Moss is all smiles post practice. Said it was great having the fans back in the stadium and the feel of “normalcy.”

Added he wants to be “who he is” and get back to full football shape after ankle surgery. pic.twitter.com/WHtuw3lGPN

"I thought it was a great environment because we really needed it as a community, as Western New York. We were just talking about it that last year must have been weird for the players not to have anybody until the playoffs," said David Tilyou.

For some younger fans, it was the first time they ever got to see the players in person.

"They were kind of bigger than I expected," said Ella Johnson.

"It was fun. I got a football, I got a bunch of cool stuff," said Lucas Wisniewski.

Despite everyone being able to come this year, there were still a few differences at the open practice this year.

Fans who were unvaccinated are the only ones who had to wear a mask.

Bills Mafia didn't have to social distance though, choosing anywhere they wanted to sit.

Sights and sounds from the #Bills first open practice. #BillsMafia showed up and showed out! @WGRZ pic.twitter.com/1aCc0j1Inn

There's still one thing all Bills fans are hoping and patiently waiting for though.

"I've been a Bills fan for over 50 years and I think this team could be like when Kelly and them started in the 90s so they're kind of getting to that place now where they lost last year in the AFC Championship so now we got to do better than that... Super Bowl," said Edward Johnson.

"The experience was great. Josh Allen came out wearing shorts looking better than ever. I think a Super Bowl this year is a definite," said Dylan Wagner.

You must get tickets ahead of time. They are free and still available if you'd like to check out how the team is looking this year.