Major League Baseball and the Blue Jays are back in Buffalo. 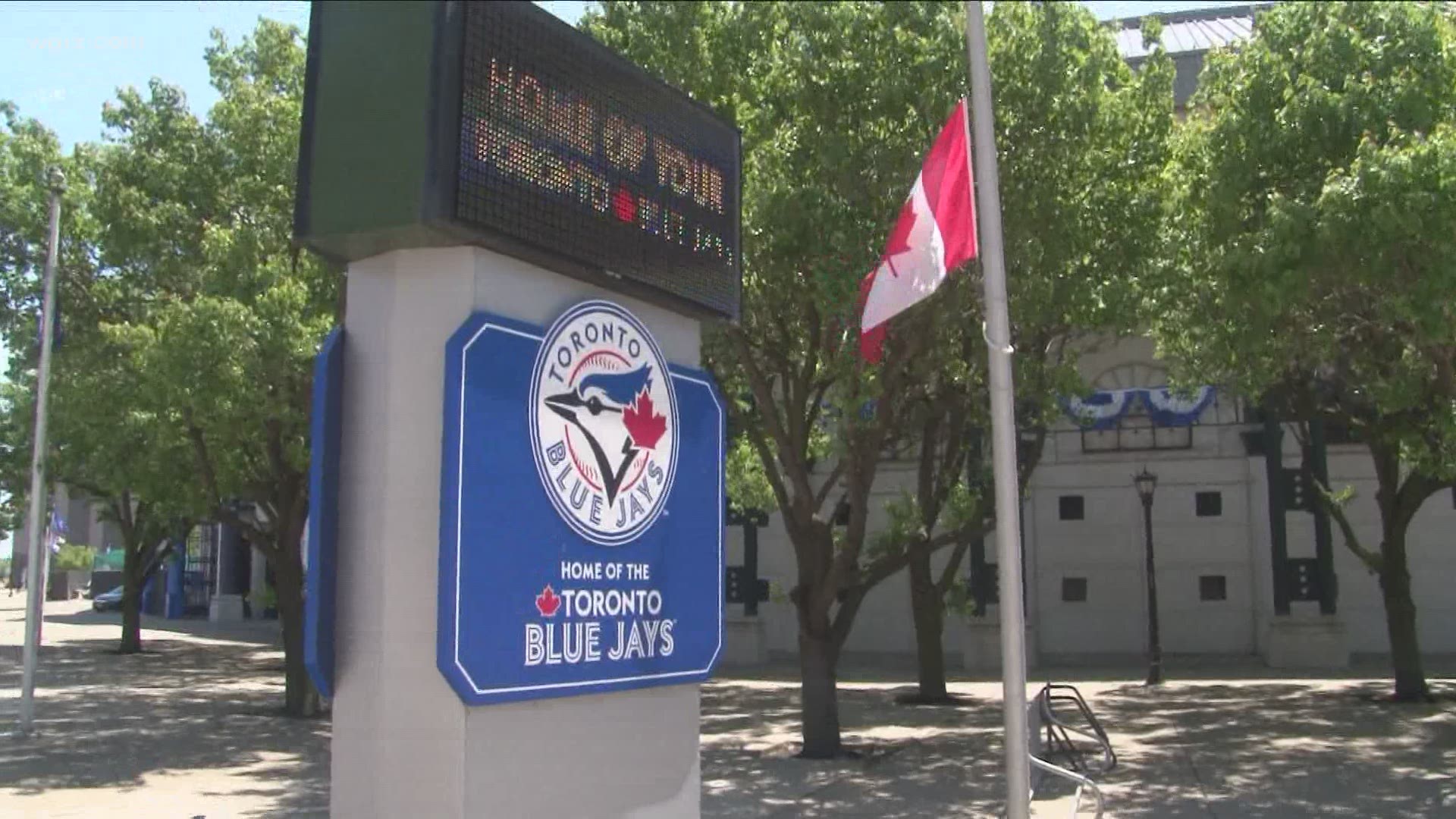 BUFFALO, N.Y. — Major League Baseball and the Blue Jays are back in Buffalo.

The big difference this year compared to last – fans will be in attendance for home games.

We’re just a few hours away from Major League Baseball action in front of fans in Buffalo. The last time that happened – 105 years ago.

"It’s pretty big for Buffalo, I think it’s going to bring a lot of fans and hopefully one day MLB can bring down a team in the expansion draft," said Richie Stern of Newfane. He came all the way down to Sahlen Field Monday with his dad, just to check things out.

Inside the ballpark, seating will be split with vaccinated and unvaccinated sections. Fans who are fully vaccinated, must show proof of that.

Face masks will be required inside Sahlen Field facilities such as restrooms and elevators and when they’re on the concourse, fans are not required to wear masks in the outdoor seating bowl.

As for parking, Allpro says they’ll be charging “special event” rates between
$20 to $8.

"I can’t speak for my competitors but I would assume it's been a tough year so everybody is going to be trying to do what they can to rejuvenate and charge what they can," said Richard Serra, CEO and president of Allpro Parking.

"Some of the lots will be taking cash, there will be four parking lots with attendants that cash and credit card will be accepted or if people would rather have the option, they can use the credit card or pay on the app if the lots don’t have an attendant on it," Serra said.

"Unfortunately, too many people would still rather be on unemployment than come back to work, but we’re doing the best we can, incentivize and draw people to come back to work, if anyone is looking for a job come and see us," Serra said.

You can also get your COVID vaccine, if you haven’t gotten one already, ECMC will have a pop-up clinic outside Sahlen Field on Swan Street Tuesday and Wednesday evening. They'll be using the Johnson & Johnson vaccine.

Fans who get vaccinated outside Sahlen Field, they will get a voucher for a free ticket to see the Bisons next year and could win four tickets to see the Blue Jays against the Yankees in Buffalo or autographed baseball memorabilia. First pitch Tuesday night is just after 7 p.m. when the Blue Jays host the Miami Marlins.