The family is Saniyya Dennis has concerns about the speed of the investigation into finding her. The NFTA has video of her at the downtown bus terminal. 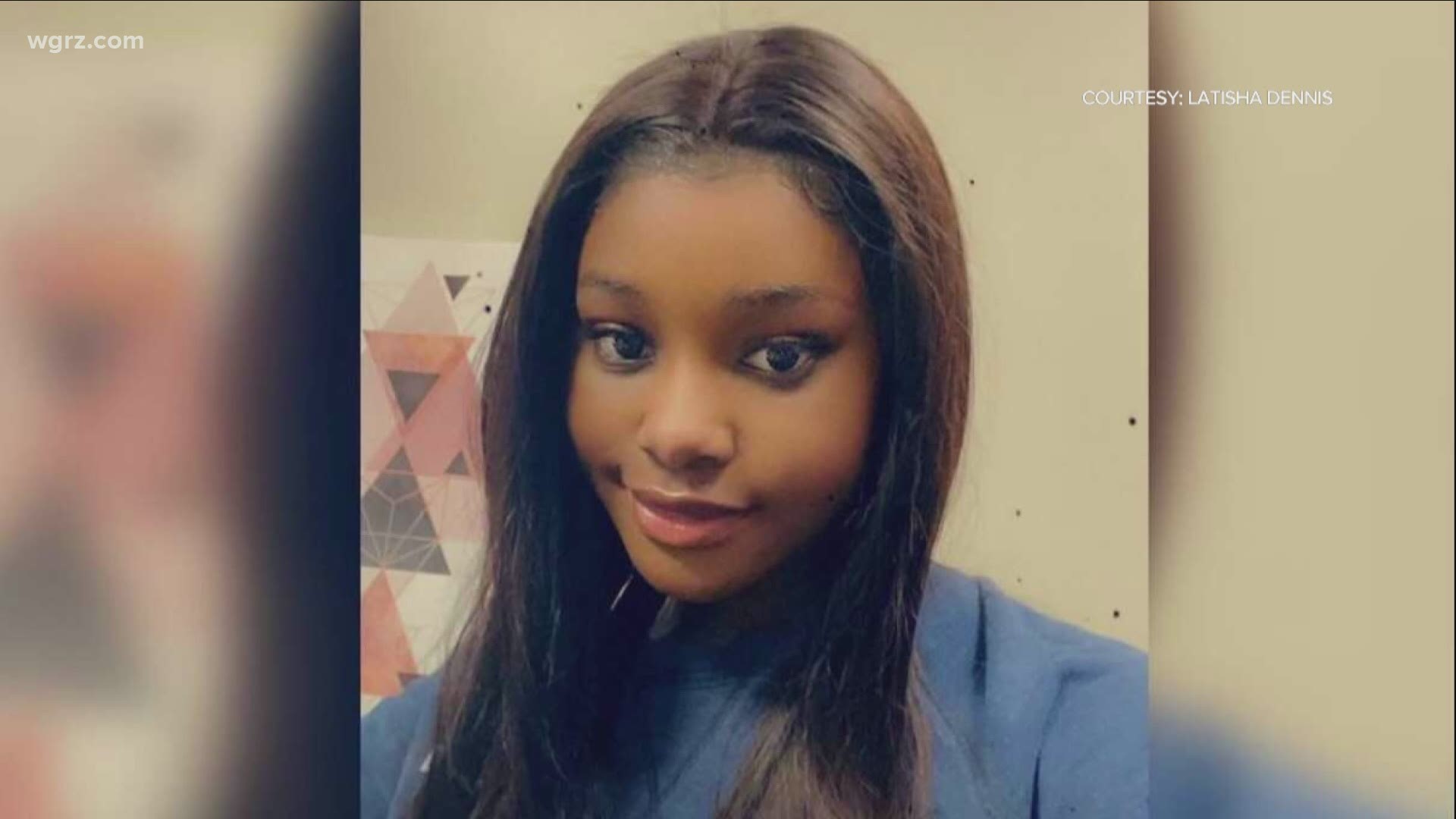 BUFFALO, N.Y. — It has been nearly a week since a Buffalo State student went missing after leaving her dorm room.

Family members of Saniyya Dennis keep doing everything they can to find her. The latest info is that according to Buffalo State police, the Niagara Frontier Transportation Authority has video of Saniyya at the NFTA's bus terminal downtown.

Buffalo State officials and her family held a news conference Friday, which got heated. The family is extremely upset about the speed of the investigation. They feel not enough is being done.

Buffalo State police say they’re doing everything they can and are working with numerous law enforcement agencies.

Dennis was last seen Saturday night around 11 leaving her dorm at Bishop Hall.

Her family says they’ve heard from a friend of Saniyya’s that Saniyya may have gotten on an NFTA bus going to the NFTA’s terminal downtown and then up to Niagara Falls.

Buffalo State Police now say that there is video of her at the bus terminal.

Saniyya’s sister says about an hour later, Saniyya sent a text to her mom, saying she loved her and will call her back.

Buffalo State Police Chief Peter Carey said: "The K-9 search in the park took place this afternoon. As we mentioned, for the last two days there was a helicopter going to go up. The weather has not permitted to do that. As time goes on ... and the time a person is missing, different steps are taken."

Saniyya’s family has felt police have not been doing enough; they feel police have been slow in responding. 2 On Your Side has confirmed that Niagara Falls Police and the NFTA are involved.

A spokesperson for the Mayor says Mayor Brown has talked to Buffalo State officials and will meet with the family.

Anyone with any information about Saniyya Dennis, you’re asked to call police at 716-878-6333.