The Stitt family lives in one of the state's cancer hotspots on Buffalo's East Side. 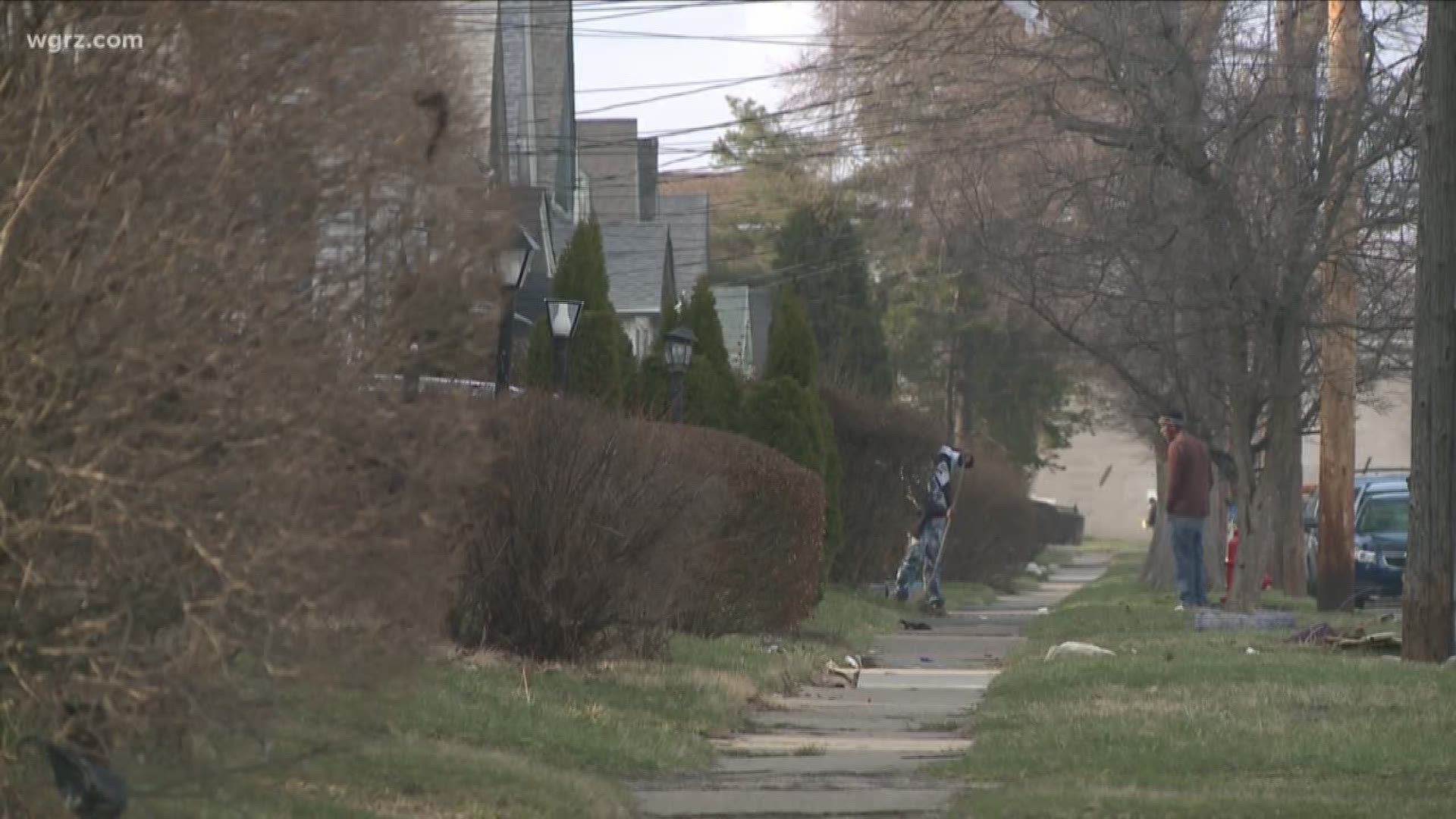 BUFFALO, N.Y. — The results of a state study into a suspected cluster of cancer cases in two Western New York communities were supposed to be released at the end of 2018, but here we are in April, and the study isn’t finished yet.

Now a local family is coming forward to demand answers to help people all over Western New York.

Generations of the Stitt Family have called Buffalo's East Side home. And when more and more family members started getting cancer, cousins Elijah and Monica Stitt started searching for answers.

"About 10 years ago, my father passed away of stage four cancer, with no known history and no environmental issues around him. It was just a shock to my family that my father passed, and then six years later, Monica's father passed," Elijah Stitt said.

Their 10 relatives who are either living with cancer or died from cancer, they either grew up or worked in the cancer hotspot on Buffalo's East Side. Monica Stitt's dad owned a barber shop on Delavan and the Stitt family lived mostly within a mile of the old General Motors plant.

Bordered by the 33, the Thruway and Walden Avenue, there's an area with an unusually large number of cases of six types of cancer, including colon and esophageal cancer, which are the same cancers Monica and Elijah's dads had.

Earlier this month when one of their aunts was diagnosed with stage four cancer, they decided to go public.

"To see your aunt be diagnosed and be sick is, it just opens you up," Elijah Stitt said.

In July, we reported the state was launching a cancer study on the hotspots and the goal was to share results by the end of the year. When Elijah Stitt couldn't find the results anywhere, he contacted 2 On Your Side’s Kelly Dudzik.

The health department told 2 On Your Side it is "reviewing cancer data, demographic and occupational factors, and is consulting with the Department of Environmental Conservation on environmental factors that may be contributing to these areas of higher cancer rates. The Department anticipates finalizing the report in the coming months."

"It's just a blanket statement. So, no answers. I wonder if it was a different community, would it have been resolved," Monica Stitt said. "We've heard about it, but it's like what happened to it? No mention of it. It's basically out of sight out of mind, and that's the tough part."

"If it takes two cousins who lost both of their fathers to make a difference, we're willing to do that for the City of Buffalo," Elijah Stitt said.

Elijah and Monica Stitt would like to see more outreach on the East Side, and they wonder if there's a connection between the cancer rates and the Brownfield site on East Delavan where the old GM plant is.