"They purposely made a conscious decision to allow the families to go through this kind of emotional turmoil," attorney Barry Covert said. 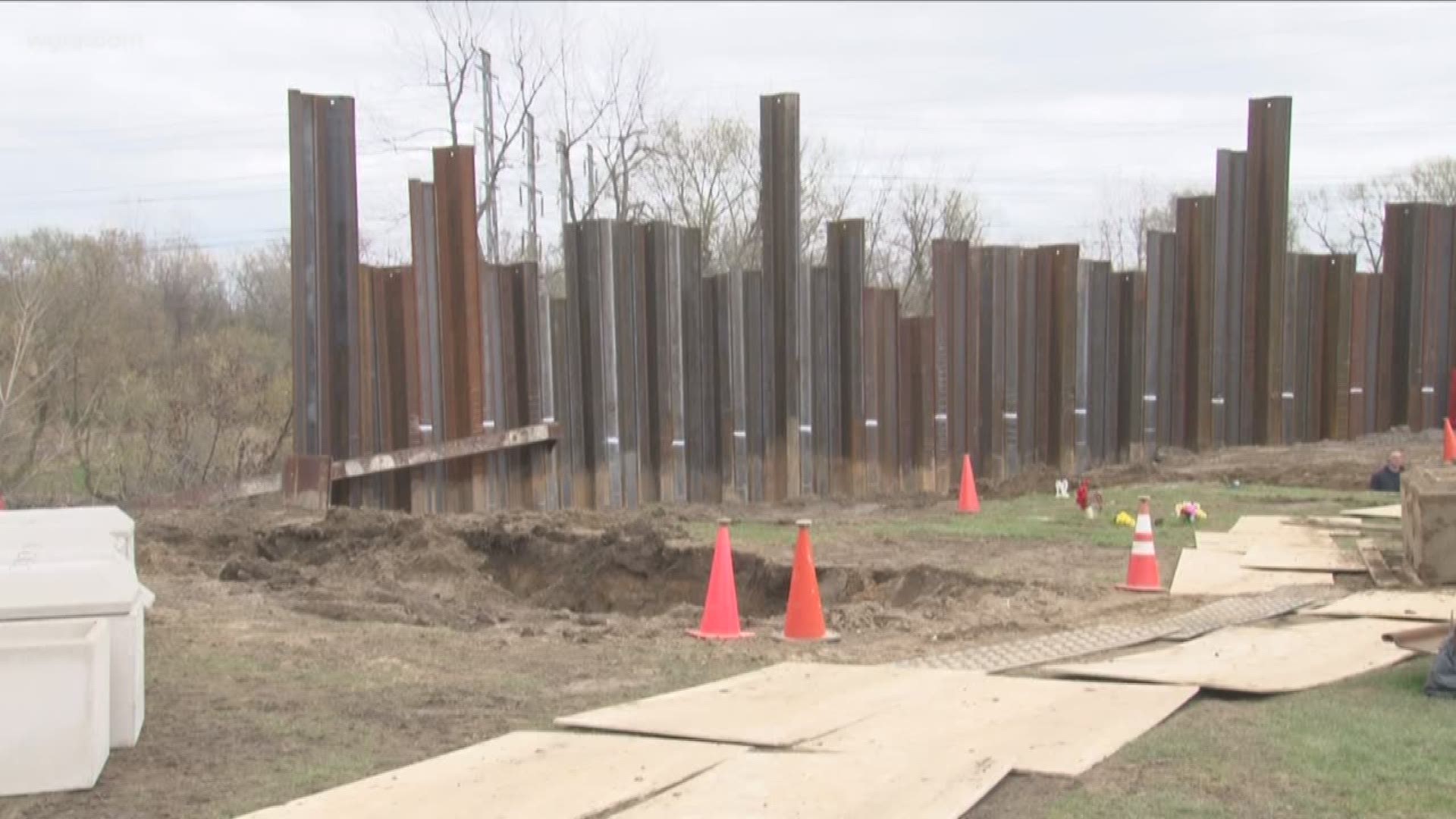 WEST SENECA, N.Y. — Families whose loved one's graves were moved at a cemetery in West Seneca are still filing complaints with the state. Now, it looks like they're preparing to file a class action lawsuit.

"They [the cemetery] purposely made a conscious decision to allow the families to go through this kind of emotional turmoil," attorney Barry Covert said.

Covert and his law firm represent at least 75 families impacted by the ongoing effort to relocate caskets at St. Matthews Cemetery.

"They're all distraught. They're all disheartened by what happened," Covert added. "They're at various levels of grieving especially the ones who recently buried their loved ones."

It was Easter Sunday when the cemetery made an emergency decision to move 220 caskets. Engineers learned that a portion of the cemetery had collapsed along Cayuga Creek. Families tell 2 On Your Side that they didn't find out, until eight days later.

Families shocked as caskets are moved at St. Matthews Cemetery

Covert says that action may have been a violation of state law. He also stated that "The cemetery purposely did not tell them [families] ahead of time. Did not seek their permission, even though state law requires that they seek the prior permission of the next of kin." 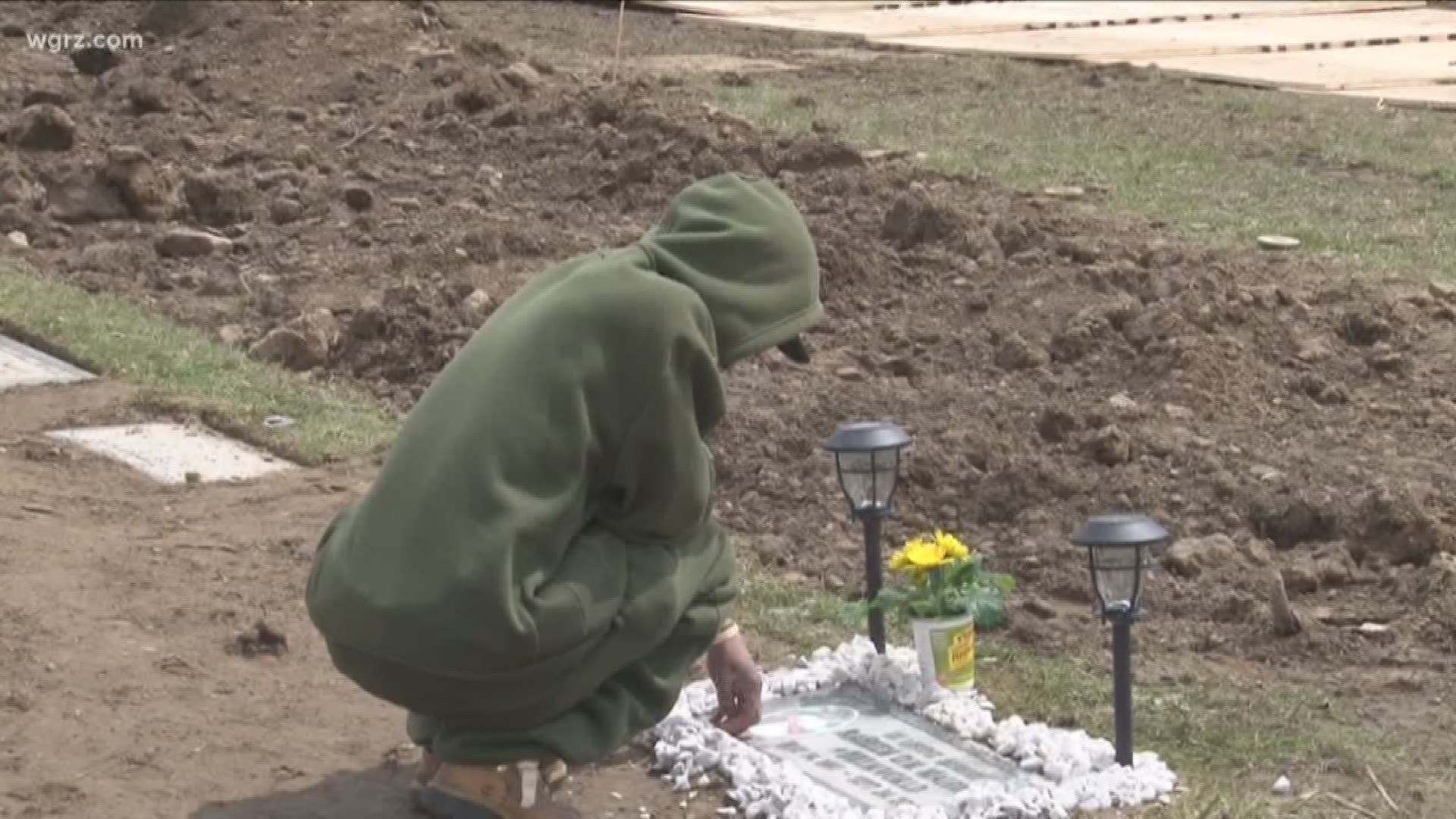 Was a state law broken when graves were moved without families' permission at a WNY cemetery?

Forest Lawn, which owns St. Mattews Cemetery, says it's aware of the law, but that state law is not clear on what's allowed during an emergency situation.

Last week, about 80 families met at Back To Basics Outreach Ministry in Buffalo. Each one shared their stories and outrage. But as Mother's Day weekend approaches, Covert says this situation is even harder on the impacted families.

"They either don't know that's their mother, don't know where their mother is, or it's mothers that have to visit their children and feel as though they don't know what happened," he said. "Their child shouldn't have been pulled out of their prior spot without their permission, should not have been reburied, it is horrible. I cannot tell you how many tears were shed in my office - especially today."

Covert and his clients are preparing to file a class-action lawsuit, saying they believe race has something to do with this.

Reporter: You're describing a segregated section of the cemetery.

Covert: It's absolutely segregated. There's no doubt about it. I've got 75 clients, every one of them is African American.

Reporter: I don't know if you can do that by law can you?

Covert: We will find out. We are certainly looking into that.

UPDATE: After this story aired on Channel 2 News on Friday, May 10th, cemetery officials directed us to the following written response from Joseph Dispenza, president of Forest Lawn Cemetery:

Concerning the segregation accusation: "When someone is brought to a Forest Lawn Group cemetery for interment, the race/ethnicity of the decedent is not shared with us, nor do we ask for that information when we inter someone in any of our cemeteries.  And of course, anyone who wishes to entrust us with the perpetual care of a loved one is absolutely free to inter their loved one in any section of the cemetery they choose.  How/why people make their purchase decisions is clearly a personal choice.  I would also add that very often, when the grave is being purchased at the time of a death (“at need”) the family’s funeral director will select a grave their behalf.  Again, we’re not privy to how that decision is made - it’s between the family and their funeral director."

Concerning the instability of the land: "Cemetery management had no knowledge of adverse soil conditions in the Garden of Good Shepherd prior to this actual and unpredictable failure on April 9. To suggest otherwise is completely irresponsible, and shows a willingness to ignore geologic fact. Had cemetery management not moved swiftly to shift graves to a safe inland site, a catastrophe of lost burials could have occurred."