Fall color is peaking in the Southern Tier

The prettiest part of fall is flourishing across Western New York. Leaves will start reaching their peak close to Buffalo in the next couple of weeks. 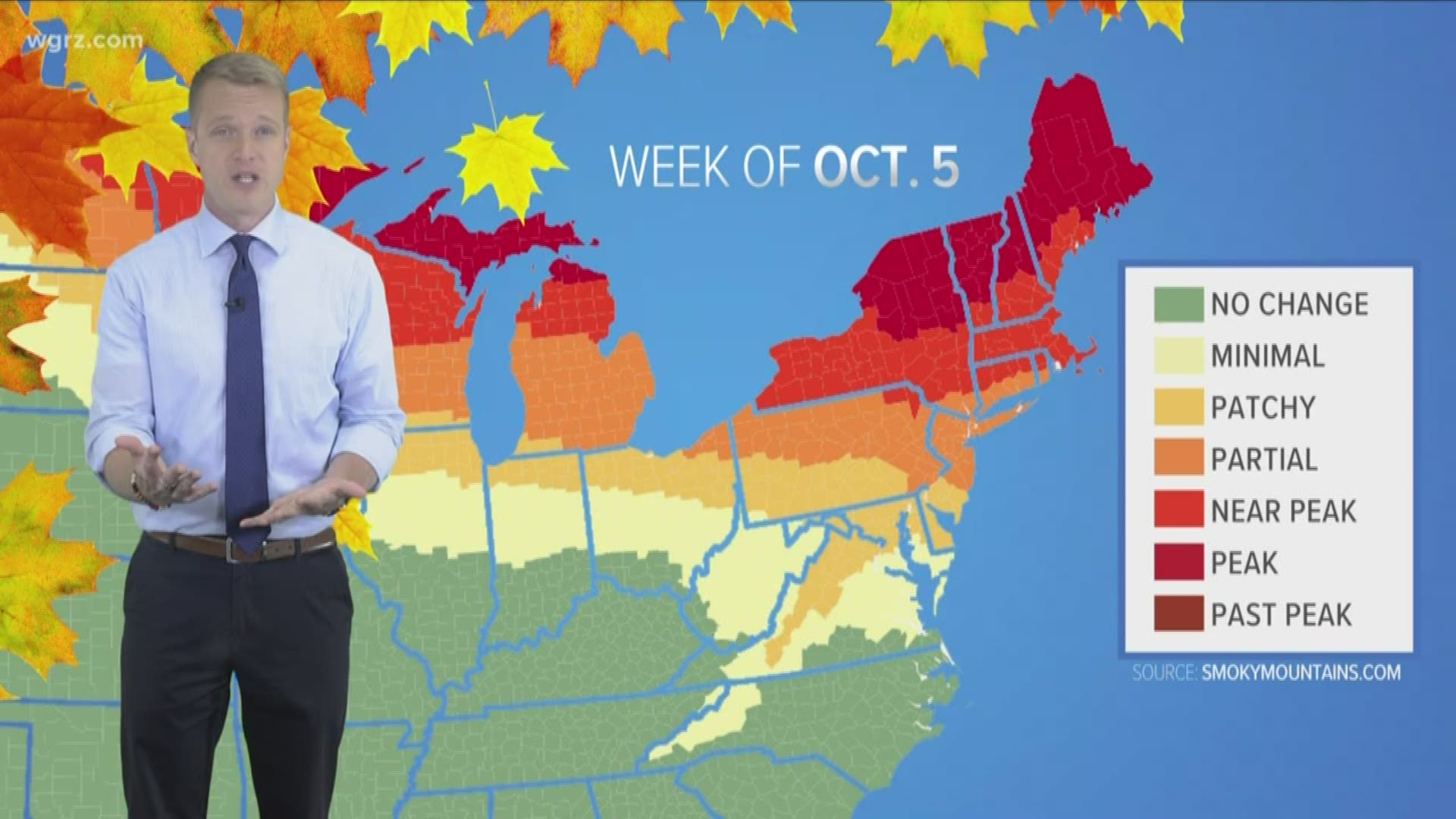 This year's fall season has been pretty well-behaved, all things considered. Most days in September were mild and despite the month being one of the wettest Septembers on record, many days were actually dry. Recently cool, sunny days and chilly clear nights have headlined the weather story.

All of those factors have combined to produce some pretty fantastic early fall color throughout the region.

As of October 9, reports from iloveny.com show that fall color is now reaching its peak in the Southern Tier. Most of the Niagara Frontier is at the mid-point of fall color, and places closest to the lakes are just starting to change.

Credit: Jeffrey Haley
Check out this beautiful shot of the fall colors sent to us by Jeffrey Haley from Kill Buck, NY!

The delay is caused by the lakes themselves. At this point in the season, the lake temperatures are higher than the air temperatures, especially at night. That overnight warmth buffers the trees a little bit, so they hang onto their summer glow a little later into the season.

The timing of the foliage lines up perfectly with Fall Fest this weekend in Ellicottville.

Unfortunately, the weekend weather may not play along as nicely. There's a chance for scattered showers, especially later in the day on Saturday. Both Saturday and Sunday will be on the breezy side too, but Sunday should afford plenty of sunshine for "leaf peepers" in the area.