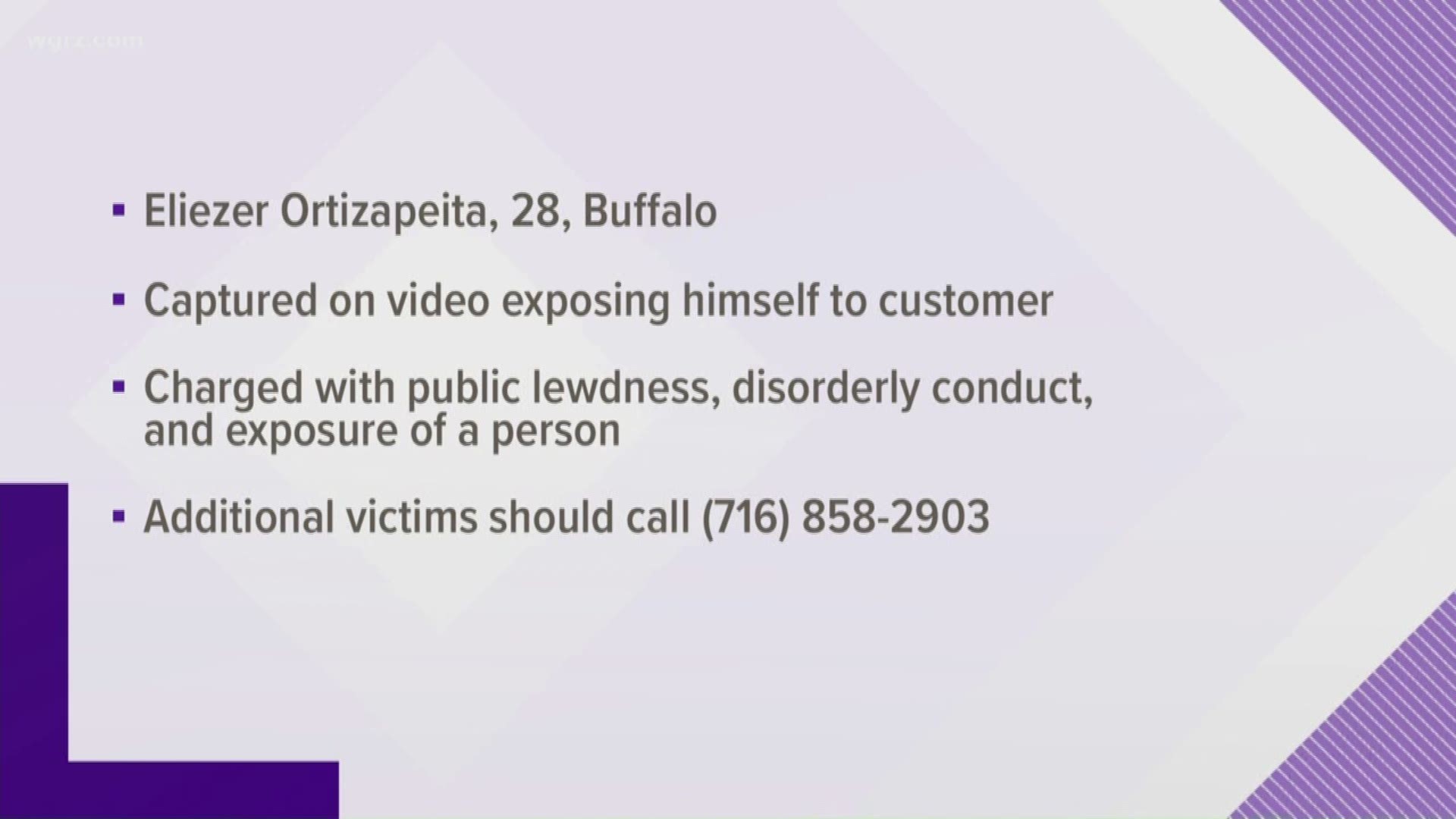 GRAND ISLAND, N.Y. — A Buffalo exterminator is facing numerous charges after a doorbell surveillance camera caught him exposing his penis to a customer.

The Erie County Sheriff's Office was contacted by the husband of the victim.

Eliezer Ortizapeita, 28, is also charged with disorderly conduct and exposure of a person.

He was released on an appearance ticket after being arraigned in Grand Island Town Court.

If you have experienced similar behavior by Ortizapeita, you're asked to contact detectives at 858-2903.