As a pilot project, the school system is spending $1.3 million to extend the Wi-Fi signal inside eight city schools. 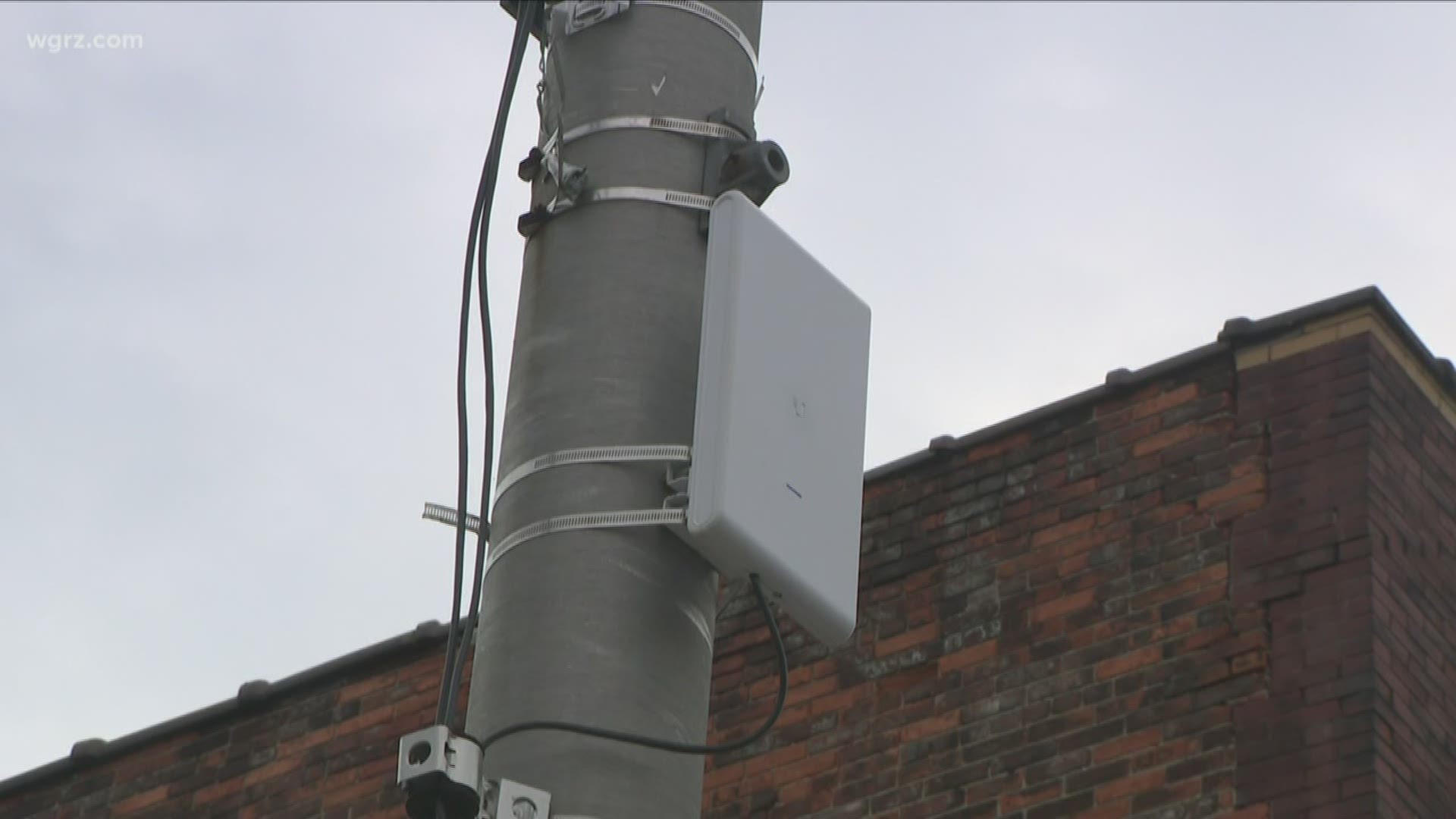 BUFFALO, N.Y. — If installation goes as planned, by December 5,000 Buffalo Public School students will have something they do not currently have: internet access at home.

As a pilot project, the school system is spending $1.3 million to extend the Wi-Fi signal inside eight city schools so the signal may reach deep into some of Buffalo’s poorest neighborhoods.

It’s a project Buffalo Public Schools Superintendent Dr. Kriner Cash is very excited about, “If you didn’t have this effort happening, you’d just be increasing an already pernicious gap for poor children and families.”

The U.S. Census Bureau estimates 66.2 percent of Buffalo households have a broadband subscription. That means about one third of city homes do not.

“Unfortunately... a third of the population in this region um… lives below the poverty line," said Ivory Robinson, CEO of HarpData, the company building out the WiFi connection. "One of the first things to go when you’re living check-to-check is more than likely the internet,”