Commissioner O'Rielly discussed issues with rural access, the New York State Broadband Program and mapping in this 2 On Your Side exclusive. 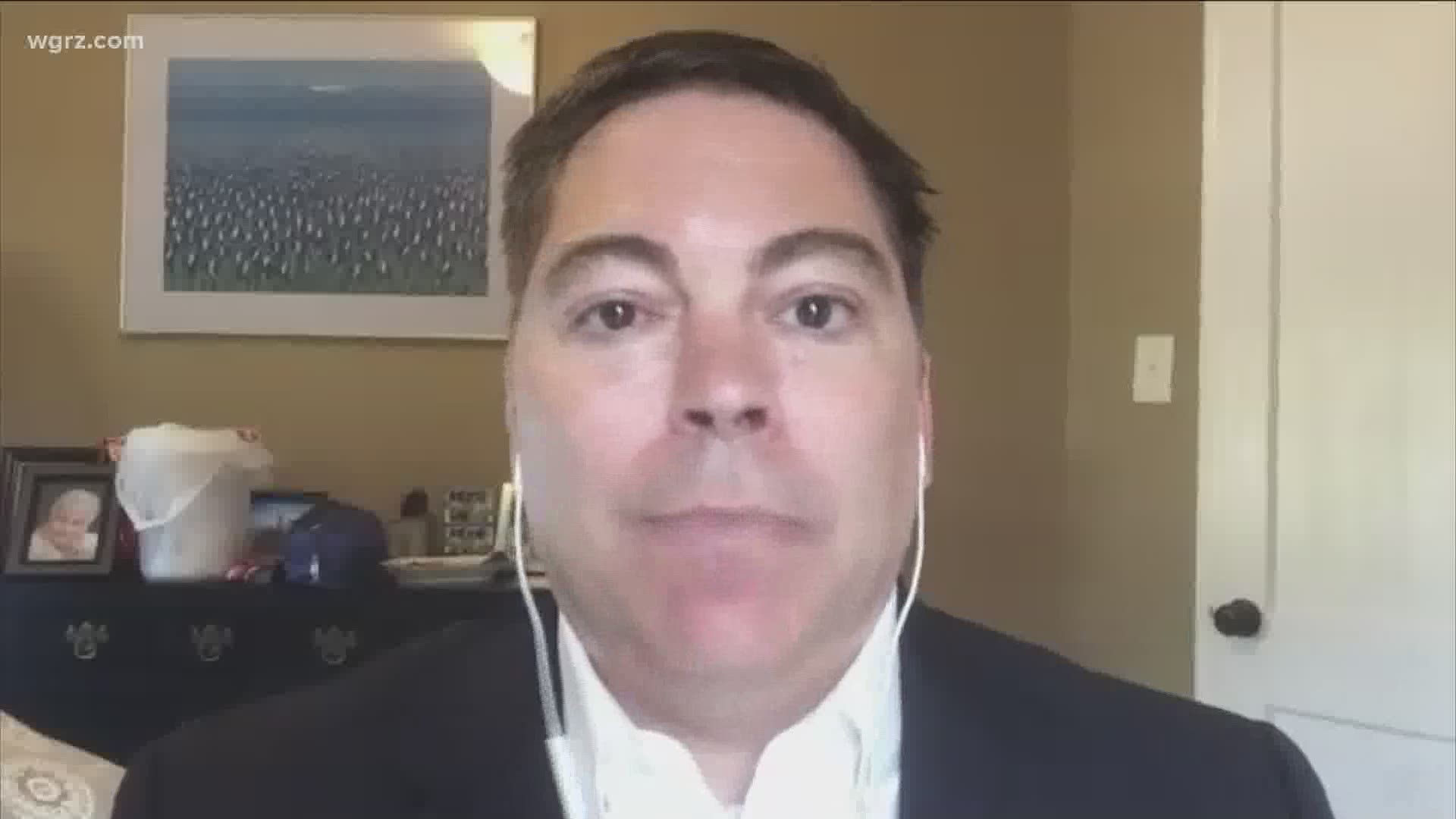 But there is a Western New York native who has a key role in a lot of these issues on the federal level. Lockport native Michael O’Rielly is a commissioner at the FCC.

"It's been busy," O'Rielly said. "Its been a need for the commission to take action on a number of different fronts to make sure that people remain connected."

O'Rielly and the FCC implemented the Keep Americans Connected initiative when the pandemic shut everything down. This pledge by the service providers meant they wouldn't shut down service during the height of the pandemic.

O’Rielly knows, however, the reality that some people simply don’t have access.

"I know those experiences, it doesn't take 15 minutes to be outside a pocket where you know that broadband doesn't exist," O'Rielly said.

I first addressed the New York State Broadband program with commissioner O'rielly. The project was supposed to deliver high speed broadband of at least 100Mbps to the vast majority of the state and at least 25Mbps to only the most rural parts.

"I don't think that that matches up with my conversations with folks," O'Rielly said. "In Western New York, it certainly didn't match up with the representatives that I talked to."

One of the criticisms O'Rielly had for the New York State Broadband Program was the ambitious plan to promise 100Mbps to the majority of New York but then award satellite companies funding.

"I haven't done a full audit or examination, but when I look at it, it's interesting. that Western New York got a lot more satellite service than other parts," O'Rielly said.

EXCLUSIVE: I talked with @FCC commissioner, and Lockport native, @mikeofcc about a variety of broadband topics including rural access, mapping, and the New York State Broadband Program.

In fact, in terms of the rollout of the New York State Broadband Program, satellite internet represents 30 percent of the entire program, in terms of number of locations addressed — over 78,000

In a statement after our interview, O'Rielly said in response to some of the reporting New York State has conducted with the broadband program and whether there could be a federal  he said:

“I’m unclear whether there will be an official audit or inquiry but our new federal mapping requirements should expose the existence of any inaccuracies, waste, or inefficiencies in NY state’s program. The FCC rightfully expects that ratepayer money be used wisely and as intended.”

While it’s easy to get bogged down in the minutiae of the program, O'Rielly says he’s focused on the main goal of his role as commissioner, which is to deliver broadband to everyone.

"My job is to get it," O'Rielly said. "So I'm not gonna be satisfied and stopping at some number 98 percent."

Remember, you can send any tips or stories about your experience with access to broadband@wgrz.com.