EXCLUSIVE: COVID-19 drive thru testing temporarily set up in Amherst

AMHERST, N.Y. — Again without notice, a drive-thru COVID-19 testing site was set up Wednesday morning in Erie County. The location was the Amherst Parks Department maintenance barn on Maple Road.

By 9 a.m. orange cones had been set out in the driveway marking a route towards an overhead door at the rear of the building.

Seen milling about were members of the Erie County Sheriff’s Office, the county Homeland Security Department and a number of people completely covered in white protective suits and face shields.

Just before 10 a.m., vehicles started pulling into the driveway. The man driving the very first vehicle in line spoke to 2 On Your Side by phone after he was tested.

“I’m not crazy sick, but I do have a dry cough and some shortness of breath," said a man, who says he is 30 years old.

The man said throughout the entire process he remained in his car, even having the nasal swab test from his driver’s seat. He noted, “There were people dressed up in suits like it was (the movie) Back to the Future.”

Poloncarz estimated Tuesday that county government had received enough testing materials to examine about 350 more people. County Health Commissioner Dr. Gale Burstein has said the county needs to be smart on how it was allocating the tests. She said priority testing subjects would be people like emergency responders, healthcare workers and others deemed critical.

About an hour after Two On Your Side posted the story about the testing site, an Erie County Spokesperson provided the following statement...

“The testing site is not open to the public. It is for scheduled appointments only. Anyone from the public who was turned away earlier today was done so for public safety and security concerns for the nursing staff on duty as well as the security and general well being of other support staff working on site.” 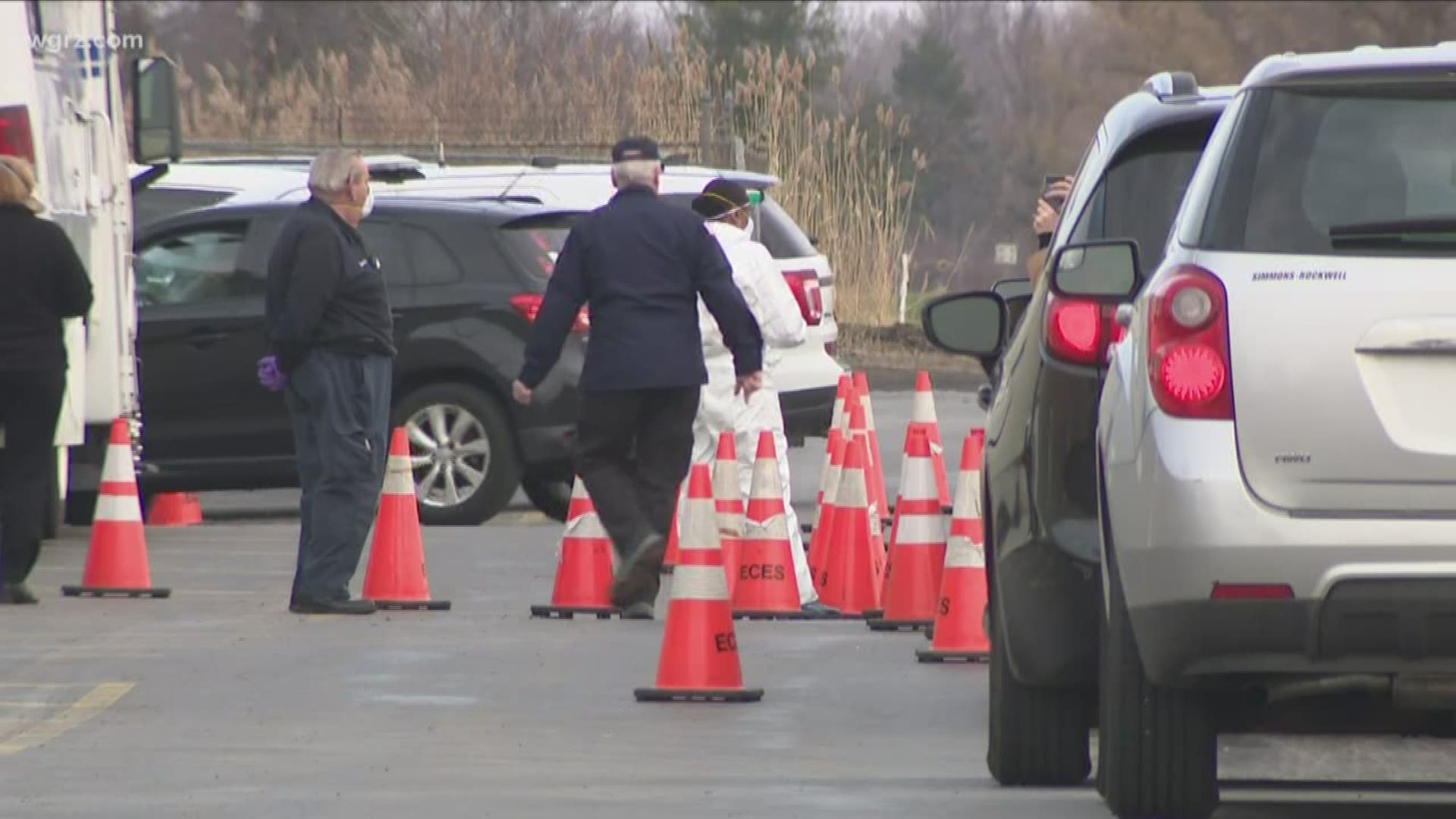 RELATED: 122 cases of coronavirus (COVID-19) in Erie County; one person has died