The Evans Police Department helped brighten a young boys day by making a lip sync video with him. 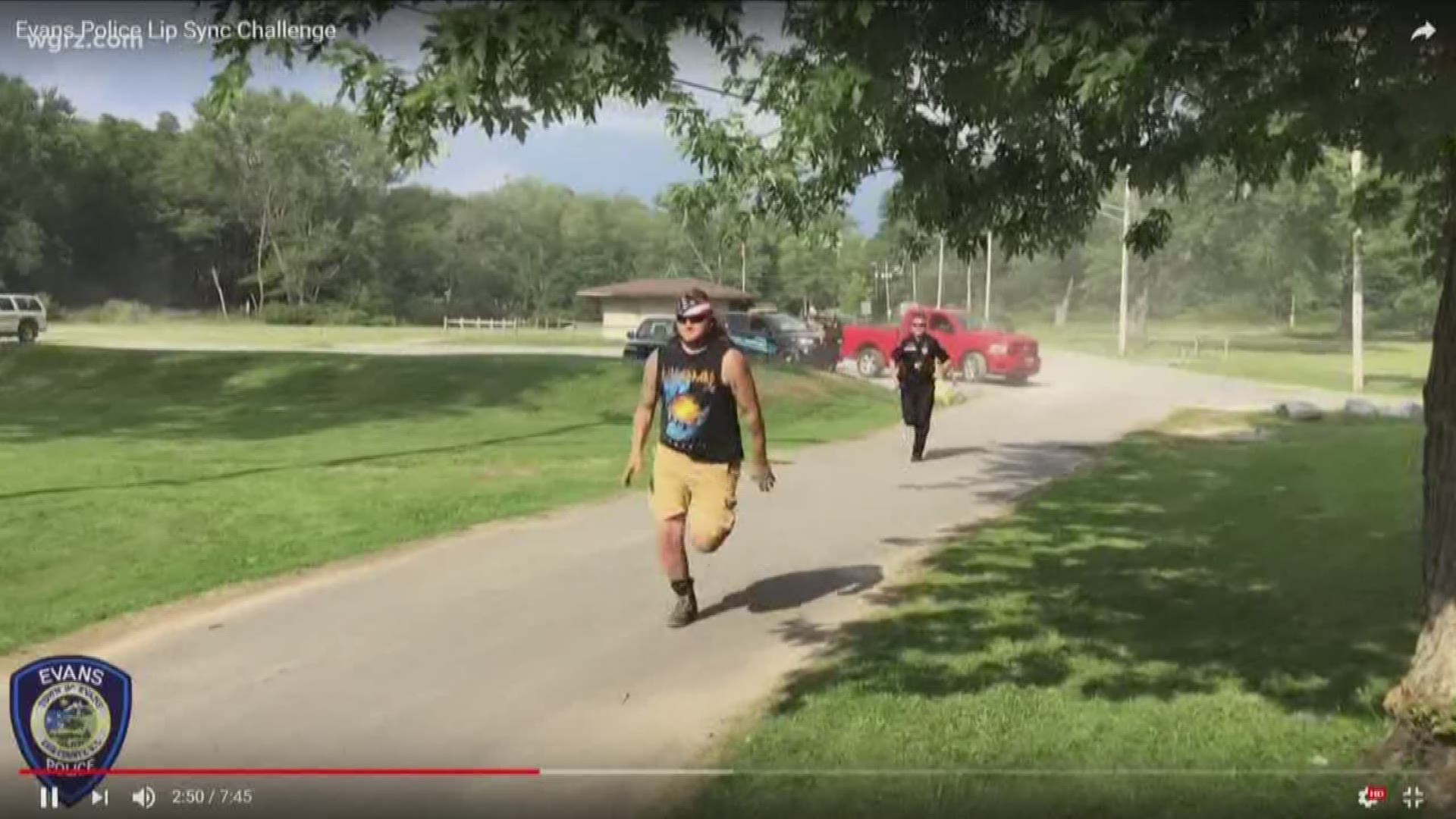 TOWN OF EVANS, N.Y. — Police departments across the country are getting in on the fun of lip sync battles, and officers from the Evans Police Department recorded their own at the request of a young boy in their community who's fighting cancer.

Andrew Masse, 12, is a big country music fan, so he wanted to make a version of Kenny Chesney's "No Shoes. No Shirt. No Problem."

The officers were off duty and volunteered their time to shoot and edit the video. They gave singing their best shot while Andrew takes down a bad guy at the beach in the video.

Andrew joked that the video is "a bit corny," but he said he's so appreciative of what the Evans Police and other departments have done for him while he's been sick.

He said officers have a tough job, and the video shows their more lighthearted side.

Andrew was made an honorary member of the Evans Police earlier this year. He also received a badge from Hamburg Police and was sworn in as an honorary Erie County Deputy and Buffalo Police Officer.

Andrew said his new brotherhood is overwhelming but puts a smile on his face.

"It's so many of these people that always look up to me. It's always just so...happy," said Andrew.

While Andrew looks up to them, the officers admire him in return.

"What he's going through is far greater than what we have to go through on a daily basis. When you think you're having a bad day, you look to Andrew. He's positive, and he brings you up and you get through your day," said Lt. Mike Masullo.