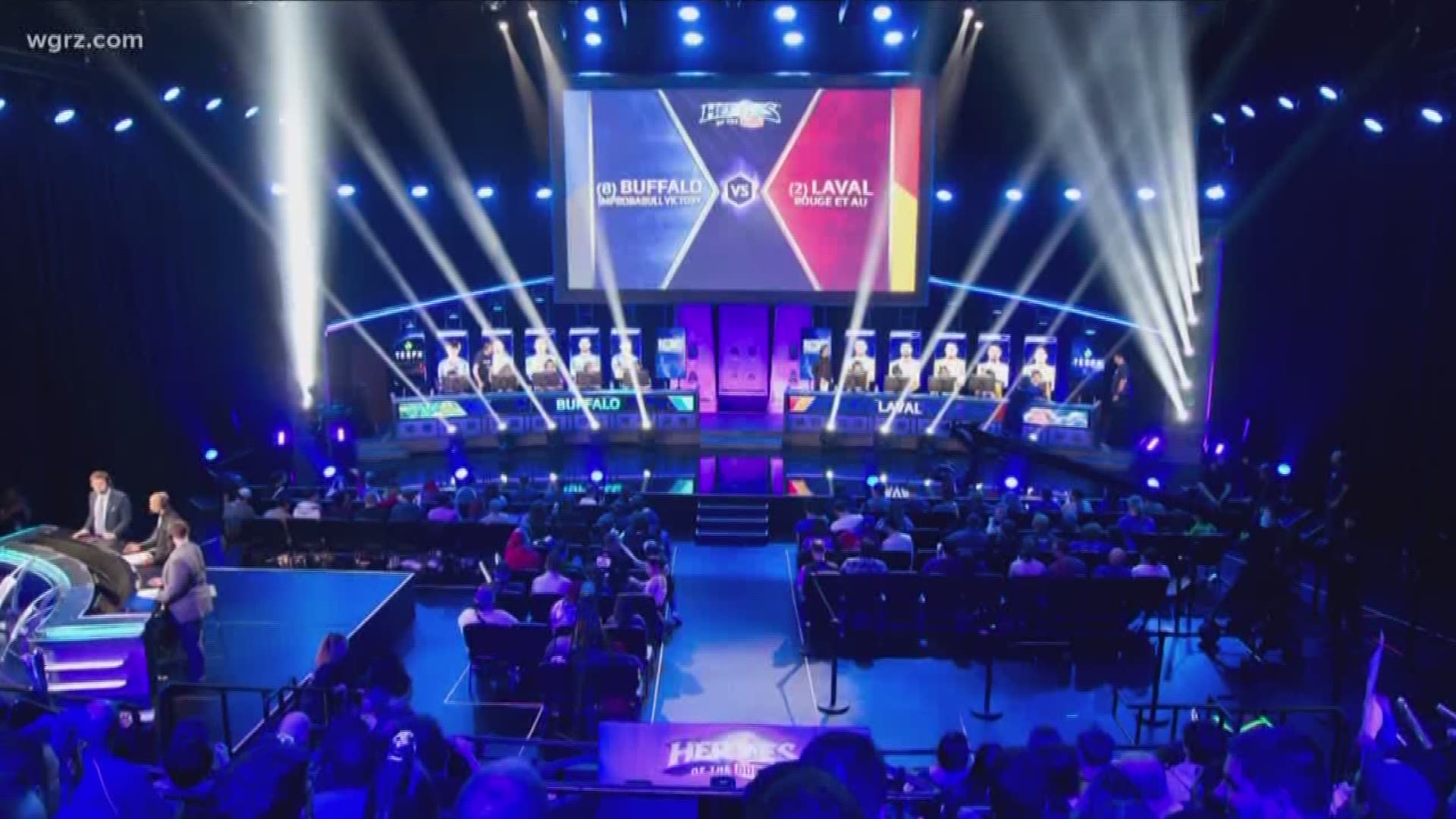 BUFFALO, N.Y. -- More schools across the country are embracing a new generation of college athletes. They are joining leagues, and even offering scholarships, for students who play video games.

The University at Buffalo's eSports team is fresh off a second-place finish at the Heroes of the Dorm Tournament in California.

"We worked really hard to get where we were, and we're very happy that we made second place, and it was such an awesome experience," says UB Junior Robert Sands.

The students beat more than 300 teams from around the world before falling in the finals to a Canadian team.

The world of eSports is rapidly growing, with many colleges adding club teams. Some, like SUNY Canton, see gaming as a sport.

"We firmly believe that eSports is an athletic offering, and I hold my eSports students to the same standard that the varsity hockey players and the varsity soccer players are held to," says Robert Snow, head coach of eSports at SUNY Canton.

While there are no scholarships specifically for eSport athletes at SUNY Canton, there are scholarships in related fields like cyber security and game design and development.

Daemen College is also busy launching an eSports program. It's a recognized club since eSports is not currently governed by the NCAA.

"People are renting out and selling out stadiums to watch other people game. So, I do think it's popular, and I do think it provides another opportunity for some students who might not have thought about getting a college degree to still go out there and get a college degree," says Dr. Greg Nayor, Vice President for Student Affairs at Daemen College.

Snow is even trying to develop a program for online students.

Sands says he is ready to launch a pro-career in eSports after college. He says he'll try it out for a year or two before deciding whether to take a more traditional career path.