County Comptroller and County Executive at odds again, and a special session of the County Legislature is postponed. 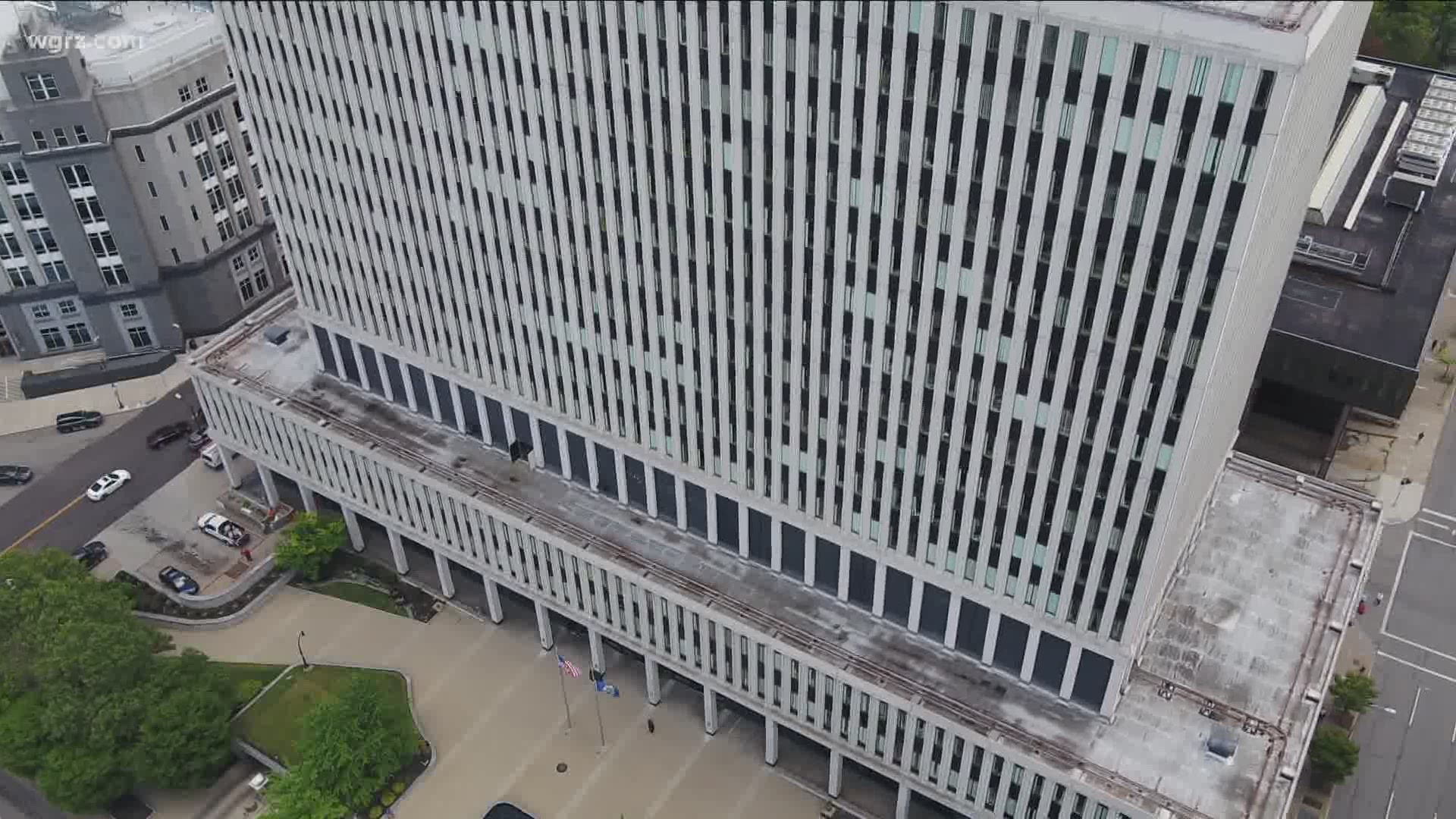 BUFFALO, N.Y. — Following a previously released report regarding overtime payments to county employees not normally eligible for such compensation, the Erie County Comptroller is out with another report on overtime paid to unionized county workers during the pandemic.

The county is using federal COVID-19 relief funds to pay those costs.But this report is also stirring up controversy between two familiar political foes.

This more than 40-page report from the office of County Comptroller Stefan Mychajliw shows  that since the state emergency was declared in mid-March, more than $2.3 million in overtime has been paid to more than 700 union workers in the county.

"They make up 94% of the county workforce, yet they were only paid 74% percent of the COVID overtime," said Mychajliw, noting as he did previously that 26% percent of the overtime (approximately $825,000) went to just  54 top level managerial and confidential employees.

These workers, largely political appointees, represent only 6% of the county work force and aren't eligible for overtime unless there's a declared state of emergency .

Mychajliw focused on the nearly dozen at will employees who serve his political adversary County Executive Mark Poloncarz, several of whom racked up tens of thousands of dollars in overtime.

"There's no question that the Poloncarz administration abused this overtime to let highly paid political employees pad their pensions and pad their overtime," Mychajliw declared.

"Stefan Mychajliw is a bitter man," retorted Poloncarz, who classified the Comptroller's report as inaccurate and packed with "lies".

Poloncarz, who has previously defended the overtime paid to his staff,  also suggested that  Mychajliw spent much of his time during the pandemic waging an unsuccessful campaign for the the republican nomination for Congress in the 27th district.

Mychajliw placed third in a three way race for the republican nomination for the seat in the primary held June 23.

"He was rejected by his own party, and while Mr. Mychajliw campaigned in other counties on the people's dime these people were working to protect the public and save lives. Shame on Stefan. Shame on Stefan," Polonzcarz  said before storming from a press conference on Tuesday.

Confidential employees and department heads appointed by the County Executive were not the only ones collecting large sums of overtime, however.

Much of the overtime money went to brass at the Sheriff's Office, where just 13 managerial and command staff collected $440,000 in 12 weeks.

Some of them were supposed to give an accounting of their hours and what duties they performed  at a special session of the Erie County Legislature on Thursday.

However, that meeting was abruptly cancelled by Legislature Chairwoman April Baskin who said several members of the command staff told lawmakers they'd be be on vacation or otherwise unavailable to answer questions that day .

In a statement Baskin  suggested their inability to appear was "willful", and said she had concerns about the management of the Sheriff's Office while questioning who's running it with so many managers out of the office this week.

"I strongly believe the  legislature should hold both the Poloncarz administration and the Office of the Sheriff accountable," Mychajliw said.