Random checks produced few instances of those who couldn't prove they had shot. Still unclear if player's families and invited guests have to be vaccinated. 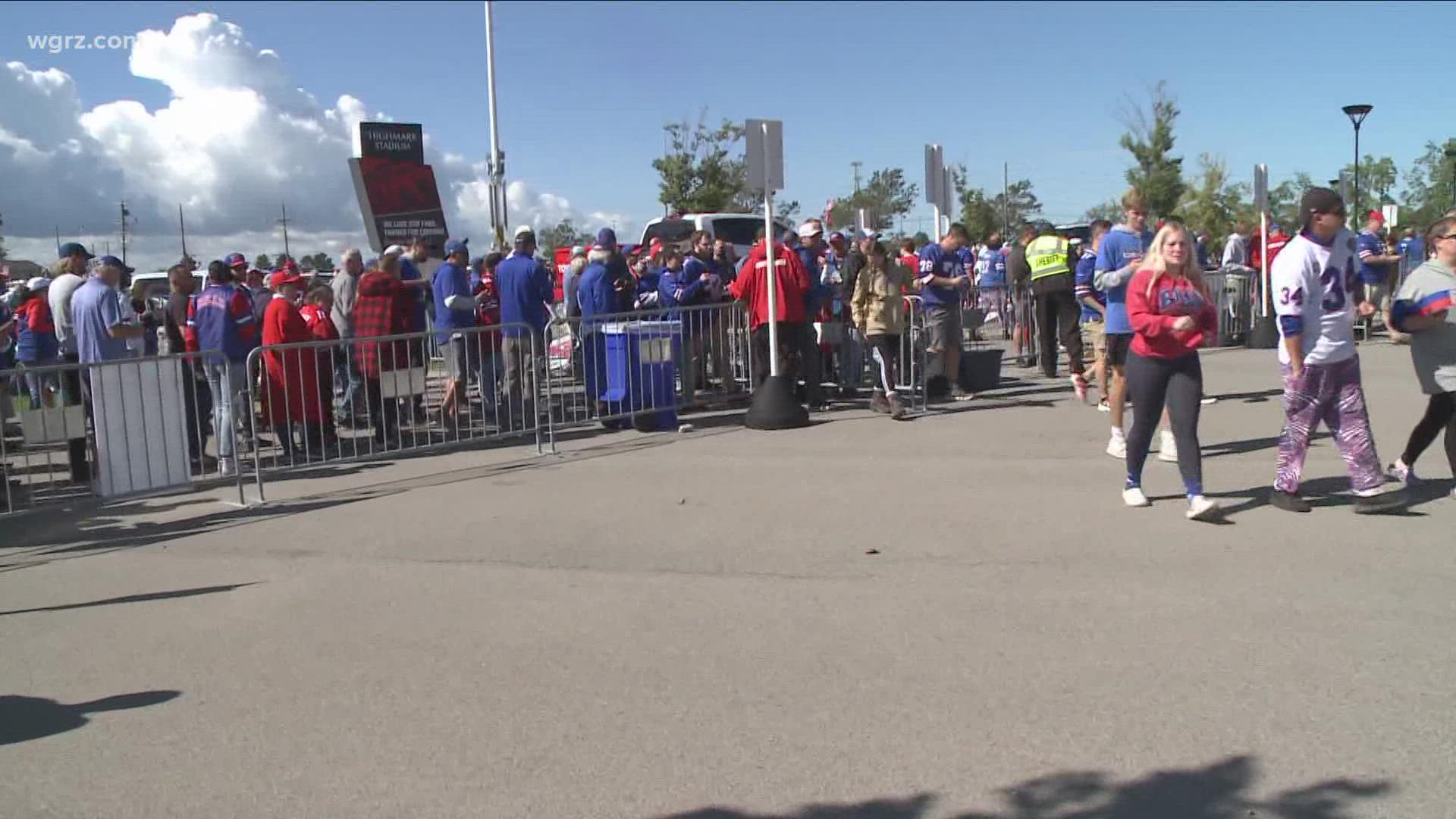 BUFFALO, N.Y. — Sunday’s Buffalo Bills game against Washington was the first where fans had to show not only a ticket, but also proof that they've received at least one Covid-19 shot in order to get in.

To many fans though, it felt like there wasn’t a lot being done to verify the authenticity of the proof being shown.

As they approached the gates fans were asked to produce a CDC card or a mobile app to prove they'd received at least one dose of the shot.

But it did not appear they were being asked for proof, such as ID, that the health information they were displaying was theirs.

The Erie County Department of Health says it had 20 sanitarians inside the gates (except for Gate 1 which serves as the media gate) who were randomly approaching fans, for a secondary inspection where they needed to provide both proof of vaccination and a valid ID.

“That’s the same idea we have at the border when you come over, which is basically spot checks,” said Barry Covert, and Attorney who also attended the game.

“They don’t pull over and look at the contents of every vehicle."

Out more than 68,400 who attended the game only five, according to the health department, were unable to produce sufficient documentation and were denied further entry.

The department did not report that anyone tried to produce a fake vaccine card, which Covert reminded could result in a felony charge of possession of a forged instrument.

The health department also confirmed that it made no referrals to the District Attorney’s office for potential prosecution, and the DA's office confirmed that as well.

Who Gets In Without Being Vaccinated?

According to what has been said by county officials the Bills players who work at the stadium are subject to "NFL protocols", and not necessarily the rules governing others.

Some viewers have asked whether the player's wives, family members and their invited guests have to be vaccinated to attend.

According to sources, those individuals enter through Gate 1, which is also the media entrance. While members of the media have to be vaccinated as a condition of covering the team, it is unclear whether the guests of players have to be.

An Erie County Department of Health spokesperson confirms that, "ECDOH had staff at all gates except Gate 1. Please contact the Buffalo Bills/Highmark for any other information on their game day operations."

A call to Bills Vice President of Communications Derek Boyko seeking clarification on whether the player's guests who attend as fans are required to be vaccinated, was not returned as of Monday evening.

As we've reported previously, while all fans over age 12 must be vaccinated to go to a game, the same is not true for everyone who works at the stadium on game day, including some of those who were checking to see you were vaccinated.

According to a source there wouldn’t have had enough security personnel on hand to handle a crowd this size if they had been required to have had a shot.

However, all those stadium workers do have to wear masks.