The Saint Frances Animal Center in Georgetown, South Carolina, is preparing for Hurricane Dorian by freeing up space for animals in need. 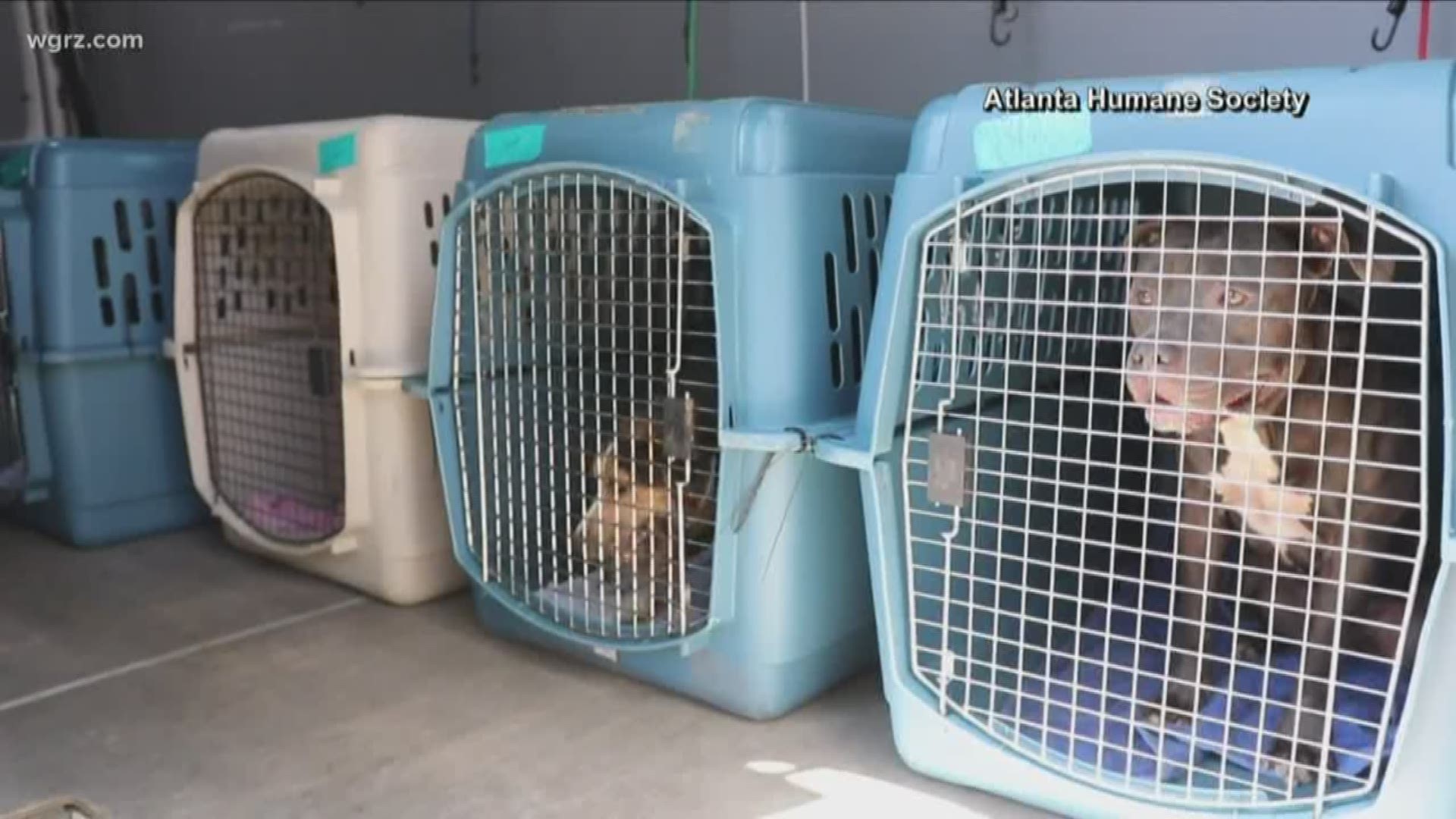 WEST SENECA, N.Y. — With Hurricane Dorian headed for the coast, a South Carolina animal shelter is freeing up space for animals in need by bringing rescue dogs to Western New York.

According to SPCA spokesperson Gina Browning, the Saint Frances Animal Center in Georgetown, South Carolina, will be bringing 14 dogs and five puppies to the Erie County SPCA in West Seneca early Tuesday morning. The SPCA says these dogs were surrendered to the shelter prior to the hurricane.

The Saint Frances Animal Center will bring over 65 dogs to various shelters in northern states.

RELATED: SPCA to reduce adoption fees for cats one year of age and older