Current canines in the department can pick up scents of illicit drugs, including marijuana, which could soon become legal. 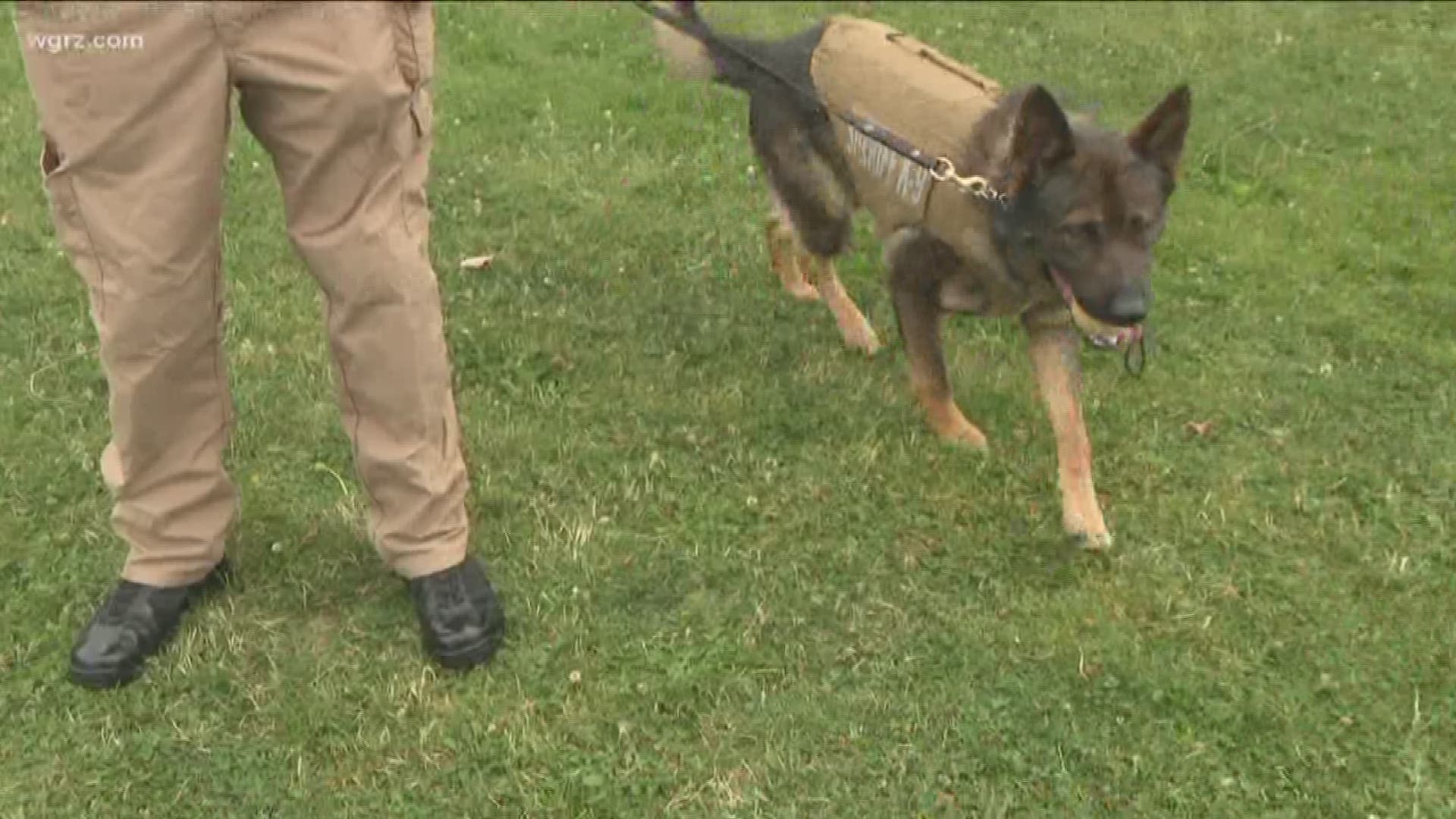 BUFFALO, N.Y. — The Erie County Sheriff's Office is asking for money to replace all of its drug-sniffing dogs.

It's a result of the legalization debate going on in Albany and across the state right now. The drug-detection canines that the sheriff's department have now can pick up scents of illicit drugs, including marijuana.

Since it is likely that marijuana will become legal for recreational use in New York, the current four drug dogs will not be useful to the sheriff's department.

They've been in service up to four years, but they will have to go into retirement the dogs can not be untrained.

The sheriff's office wants to use $64,000 to buy four new canines. The money will come from asset forfeiture and telephone revenue funds.