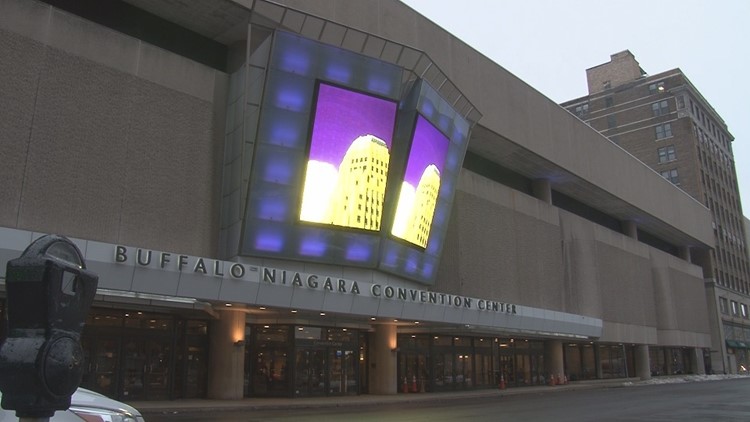 BUFFALO, N.Y. - The deadline is approaching to give public comment on the results of an Erie County study about a new Buffalo Niagara Convention Center.

The results of the study found that the convention center is "functionally obsolete" and does not have the capacity to attract most state and national events.

Visit Buffalo Niagara President, Patrick Kaler, said he was not surprised by the results. "It pretty much told us what we knew already going into it."

Kaler said over the last five years that Buffalo has lost 783 business opportunities due to the convention centers size and inability to host more than one event at a time.

Kaler added that it is not about wanting a new convention center but about needing it to compete.

"In the next ten years if something isn't done to build a new convention center or expand, we will be out of the state association convention business."

Each year the convention center hosts 142 events a year and is filled 282 days out of the year.

In the study there are three different recommendations. One recommendation is to renovate and expand the current facility- to encompass an area extending across Franklin Street, including the rear portion of the Statler City complex as well as the block north of that structure. Sky bridges would connect the parcels under a plan that could cost up to $429 million.

The second recommended option would see the construction of an entirely new convention center, on what is now surface parking lots in the vicinity of a Washington Street and Michigan Avenue, placing it closer to Canalside and KeyBank Center. The estimated cost for that option would be up to $368 million.

The third option is not to do anything. With such a hefty price tag, Erie County leaders want to hear your thoughts by December 19th.

If you would like to read the full report and share your comments, you can do so here.