'This is a great moment for the City of Buffalo, to see population growth in our city for the first time in 70 years,' Mayor Byron Brown said. 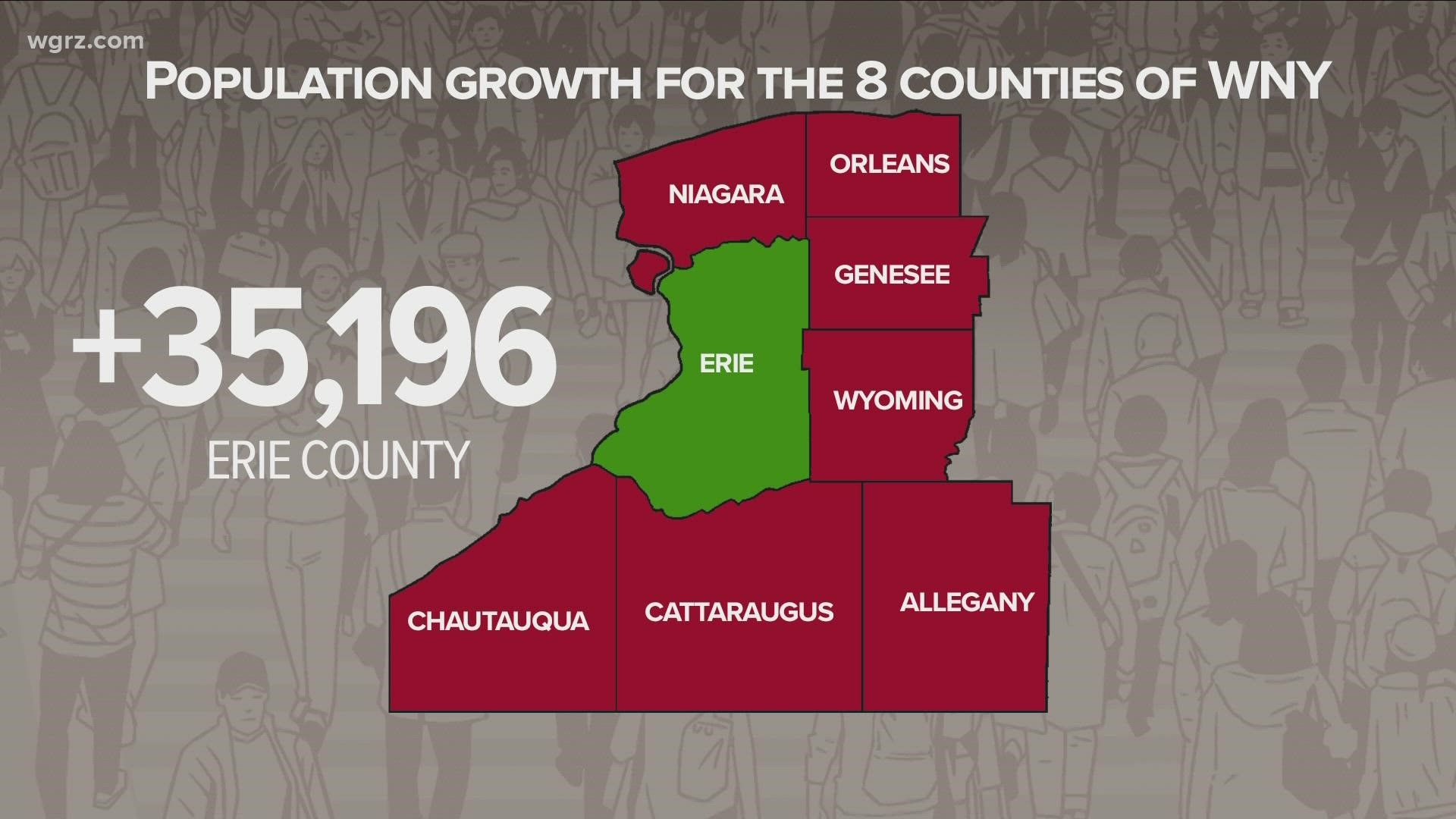 BUFFALO, N.Y. — According to the latest data released Thursday by the U.S. Census Department, the population in Erie County grew over the last decade.

The news is even better for adults. According to the new data, the population in Erie County of people 18 and older increased by 42,024, a 5.8% change from 10 years ago.

Brown attributed the growth to increased access to affordable housing over the decade.

"We've built over 2,200 units of affordable housing, we've seen that there is tremendous demand for housing in every income level," Brown said.

Erie County is the only county in the Western New York area with a total population increase in the last ten years. Niagara and Genesee counties, however, did see small increases in people 18 and over, but the total population in those counties is down from 10 years ago.

Erie County Executive Mark Poloncarz tweeted that this is the first time the county's population has increased since 1970.

The census is important to determine federal aid and maintaining current congressional representation.

"This is very important because we get additional federal aid, millions of dollars in additional federal aid that'll come into our region and that's also important for congressional representation," said Poloncarz. "New York is going to lose a congressional seat. We have two representatives in Erie County 3 in WNY and we should not lose any of them."

After a big push to get census participation, Brown and Poloncarz thanked everyone for taking part.

"What I have to say to the people of Erie County is thank you, thank you for responding to the census," Poloncarz said.

Thank you to ALL of our complete count partners who helped ensure an accurate count. This proves what we knew: Erie County is back & growing! pic.twitter.com/28AYAWqhwe

I asked @MayorByronBrown what the tangible initiatives of his administration were that may be attributed to the 17,000+ population increase in the 2020 census. @WGRZ

Here is what he had to say: pic.twitter.com/Dpcav6hEBA