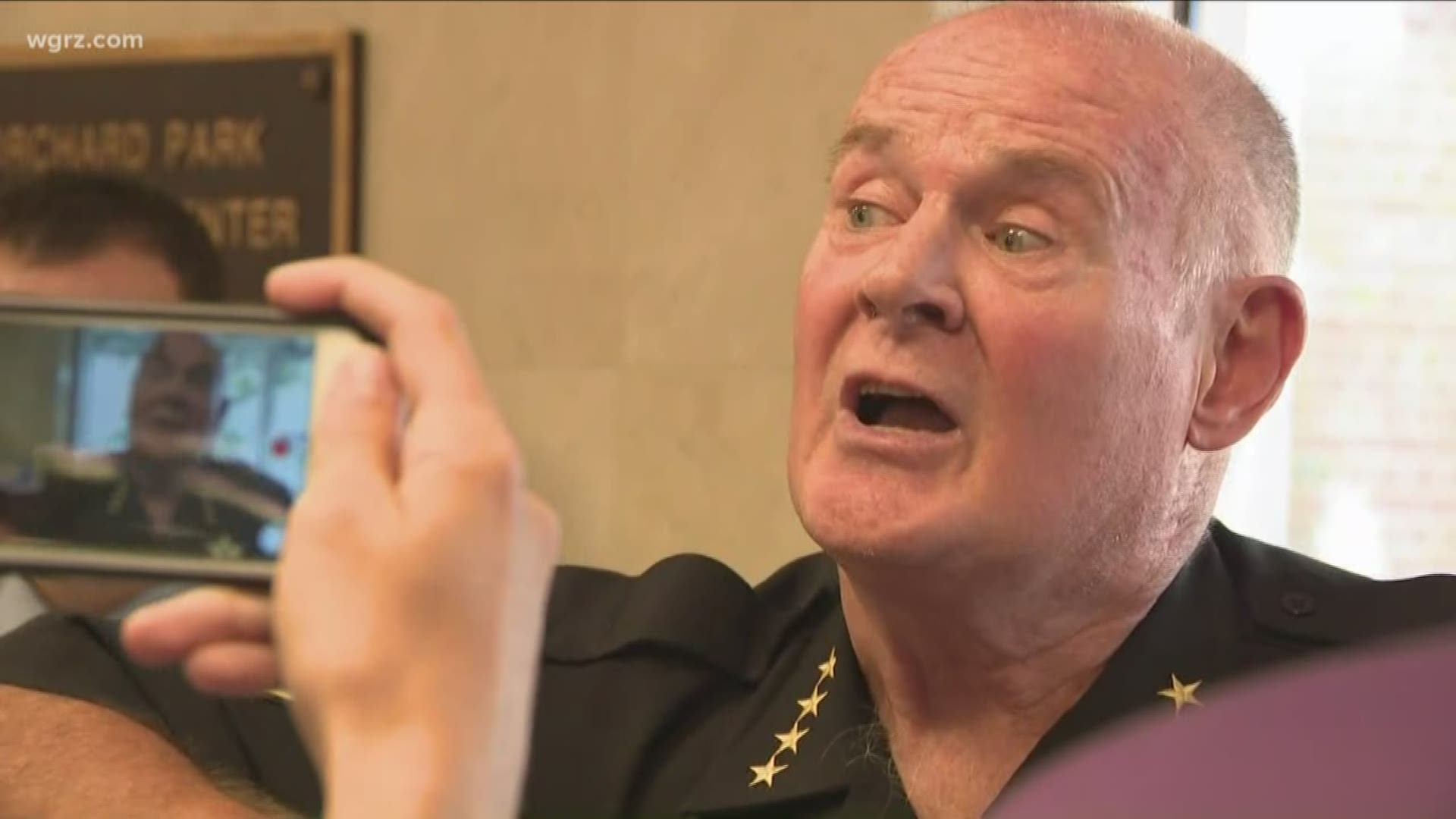 That's because of comments he made contradicting himself on the use of body cameras and how video showing one of his deputies committing assault should not have been released.

Just minutes after a jury convicted Erie County Sheriff's deputy Kenneth Achtyl of assaulting a Buffalo Bills fan nearly two years ago, Howard had a few things to say about the body camera video in the case, video that ended up being valuable to the jury.

"You've heard my resistance and my concern about the implementation of the body cameras, this was exactly it, this should not have been released this was an internal police document no longer pending in criminal court but was released to a civil attorney," Howard said.

And that video ended up going viral.

While expressing his concern about body cameras, Howard moments later back tracked.

"I support the fact that we have body cameras, the concern that I've had since the beginning is that the body camera footage would be released prematurely and without a full explanation," Howard said.

"His confusion to me was confusing," said Erie County Legislator Howard Johnson, a Democrat, who wants assurances that the Erie County Sheriff's Office actually wants to — and will — implement body cameras.

"We're going to have the Sheriff's Office representation in front of the legislatures at our next upcoming meeting on Thursday and we'll see where they're at in the process of implementing body cams," Johnson said.

And there's more Sheriff Howard had to say about body cameras, saying his office will step up efforts to make sure body camera footage is further protected.

"We will substantiate our arguments in court as to why body camera footage should not be released until it gets to court," Howard said.

Just a few months ago, legislators reached a deal to spend $600,000 on body cameras for deputies on road patrol.

A spokesperson for the Sheriff's Office says that proposals from companies that would provide the body cameras are still being reviewed.