The vote was along party lines during the first in-person meeting for the legislature since the COVID pandemic started. 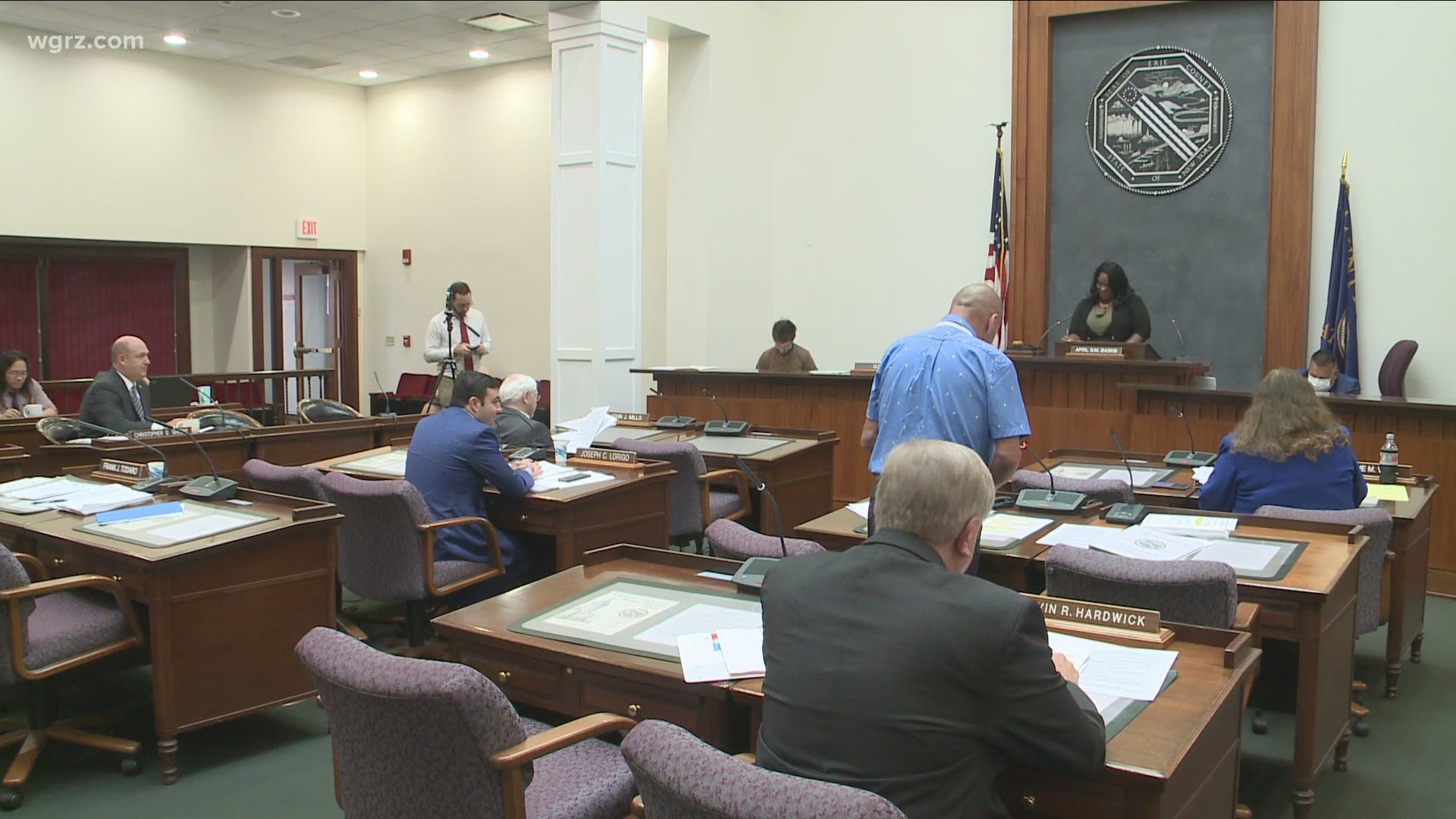 BUFFALO, N.Y. — Erie County legislators met in-person Thursday for the first time since the COVID pandemic started, and they made a big decision about how to spend millions in federal and state funding.

Legislators allocated $123 million in federal and state funds on Thursday. The vote went along party lines with the Democrats in the majority approving the County Executive's plan. It restores and adds county jobs, establishes a new Office of Health Equity, will be used to make improvements at county parks, and upgrade the sewer system, among many other things.

Republicans argued that they had their own list of suggestions, and that since the money doesn't have to be allocated until the end of 2024, this seemed rushed. An attempt to add thirty days of public comment to consider the options was voted down.

"I'm not saying that any of the projects aren't worthwhile. I'm asking for a pause and so that we can all work together to think transformationally about how to help this community, so with that, I make a motion to amend with what's been passed out," Erie County Legislator and Minority Leader Joseph Lorigo said.

Erie County Legislator and Chairwoman April Baskin added: "Respectfully, Minority Leader, this is the first time that our caucus has seen this. I honor the fact that you have made a motion, but I would encourage a recess so that we have an opportunity to look at what you just presented to us."

After a 20-minute recess, Lorigo's proposal was voted down.

"In my opinion, I do not think that we should hold up some of the vital items that are in the RENEW Plan today to explore some of the concepts that they have presented, which I'm not totally sure can all be done with American Rescue Plan funding according to federal guidelines and The Department of Treasury's Guidelines," Baskin said after the recess.

"We have an obligation, and a responsibility, not to get this wrong, and I appreciate that you took the time to look at our amendment, and I appreciate the comments on some of the projects that were proposed. All we've asked for is a discussion on them, and before we allocate $123-million that will be gone after today, we should continue that dialogue and that discussion," Lorigo said.

The money doesn't have to be allocated until the end of 2024, and as the Chairwoman mentioned, has to be spent on things in categories the federal government has already approved.