Nearly $1 million in overtime pay is going to managerial and confidential employees who are political appointees and who normally are not eligible for overtime. 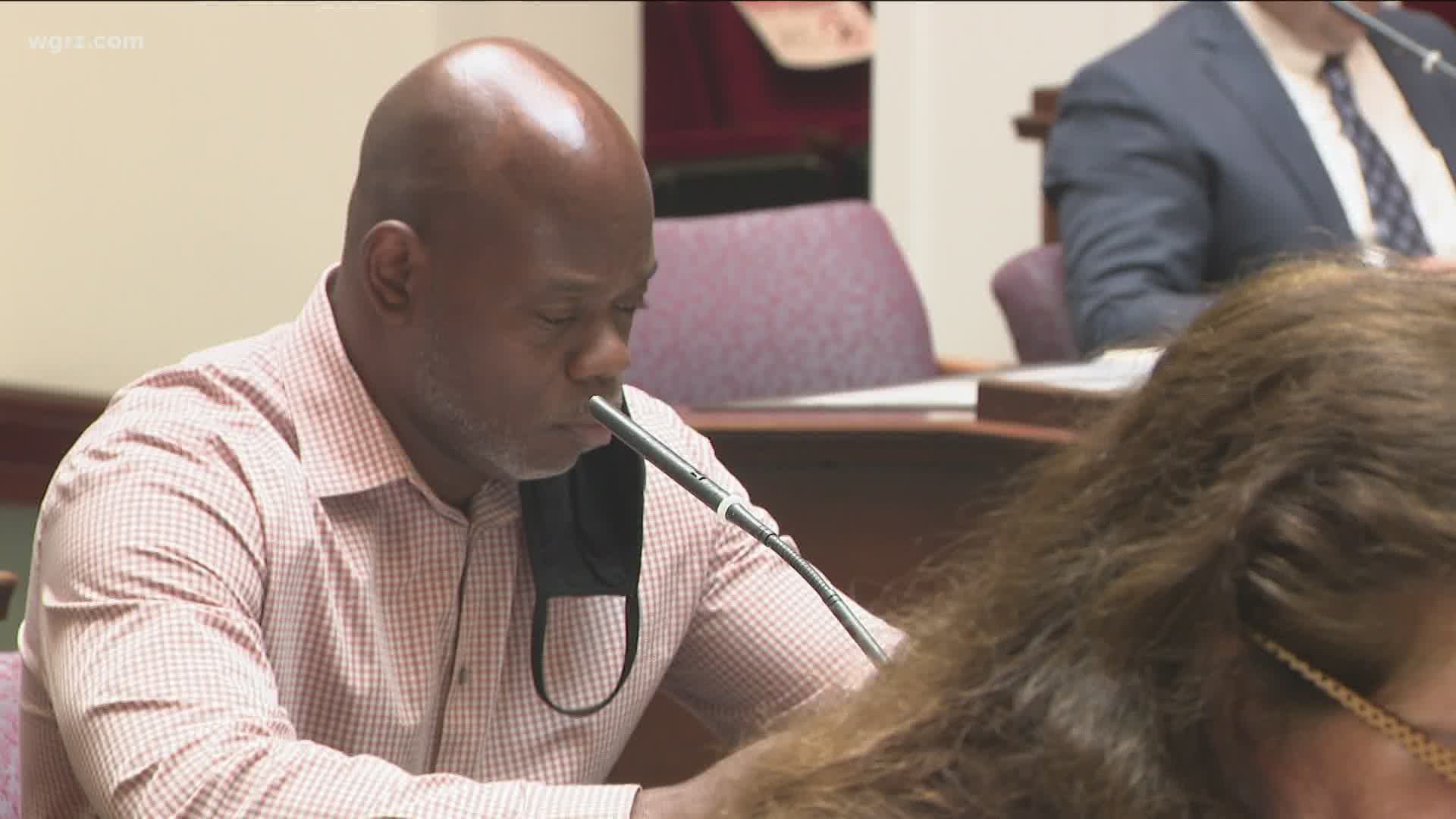 BUFFALO, N.Y. — Erie County legislators were updated on Tuesday, regarding the costs to the county associated with the COVID-19 pandemic and the impact it's having on county finances.

Lawmakers were told by administration officials that they are now projecting a $100 million deficit for the county government for 2021, due largely to the loss of sales tax, caused by Governor Andrew Cuomo’s shut down orders, which closed businesses and crippled the economy.

The county has expended $39 million for COVID-19 thus far, mostly from a federal aid package, which still has $121 million in unspent funds.

The money from Washington is supposed to be used strictly for COVID-19 expenses; however, local elected officials on both sides of the aisle have lobbied to get the regulations changed, for the county to be able to use the funds to help plug its looming fiscal gap.

Some of the money can be spent on overtime for essential employees, and that was the focus of much of the discussion on Tuesday, as it was revealed that millions of dollars in overtime has been paid to employees who normally aren’t eligible for it.

In Erie County, managerial and confidential employees are not normally eligible for overtime pay. However, exceptions can be made during states of emergency, like the one declared by Erie County Executive Mark Poloncarz on March 14.

Those employees have been expected to work whenever needed during the crisis.

Lawmakers were provided information reflective of the first 12 weeks of the emergency, through June 5, a period in which some of them have collected tens of thousands of dollars in overtime.

Discussion has now shifted to overtime costs and examples in the sheriff’s Dept. of employees making $50k and $40k in OT, working more overtime than scheduled time. Salaried employees normally cannot get overtime. Declaration of emergency is exception. @WGRZ

“Our audit division is in the process of working up some reports, that are quite eye opening about who has been receiving overtime," said Gregory Gach, the deputy comptroller for Erie County, who told legislators that just about every managerial or confidential employee within the county has collected overtime pay.

According to Gach, of the $3.2 million spent for overtime in the first 12 weeks of the crisis, just under one million dollars was paid to managerial or confidential employees, people who are not normally eligible for overtime.

The amounts for some individuals, however, raised the eyebrows of some legislators who also said there needs to be an accounting of their tasks.

Myers was referring to Scott Patronik, Chief of Special Services for the Erie County Sheriff’s Office, who was paid $49,389.11 after putting in for 604 hours of overtime between March 14 and June 5.

“You’d have to work 16 hours a day, seven days a week," said Meyers, who raised the question, “how do we even know these costs are legitimate?”

When Meyers mentioned that another Sheriff’s Office employee put in for 432 hours of overtime and collected $42,410 (based on his annual salary of $136,288) Undersheriff Mark Wipperman – who was on a zoom call with legislators – recognized that Meyers was talking about him, and responded.

“I have been in law enforcement since 1991, and all of the past states of emergency we’ve had combined did not equal the challenges placed on this office,” Wipperman said of the COVID-19 outbreak, before adding, “I welcome an audit, but my integrity will not be called out.”

As heads cooled, Wipperman went on to say, “I basically came to work every day and practically lived in my office… Just the conference calls, the phone calls, and the administrative duties that I had (were such) that I never thought I’d be involved with.”

Wipperman also said that a lot of his duties and those of other managers in the sheriff’s office involved writing and re-writing COVID-19 policies to comply with ever changing guidelines form the CDC.

This would include those implemented at the Jail Division, where six management employees put in for overtime ranging from $25,000 to $49,000 each. 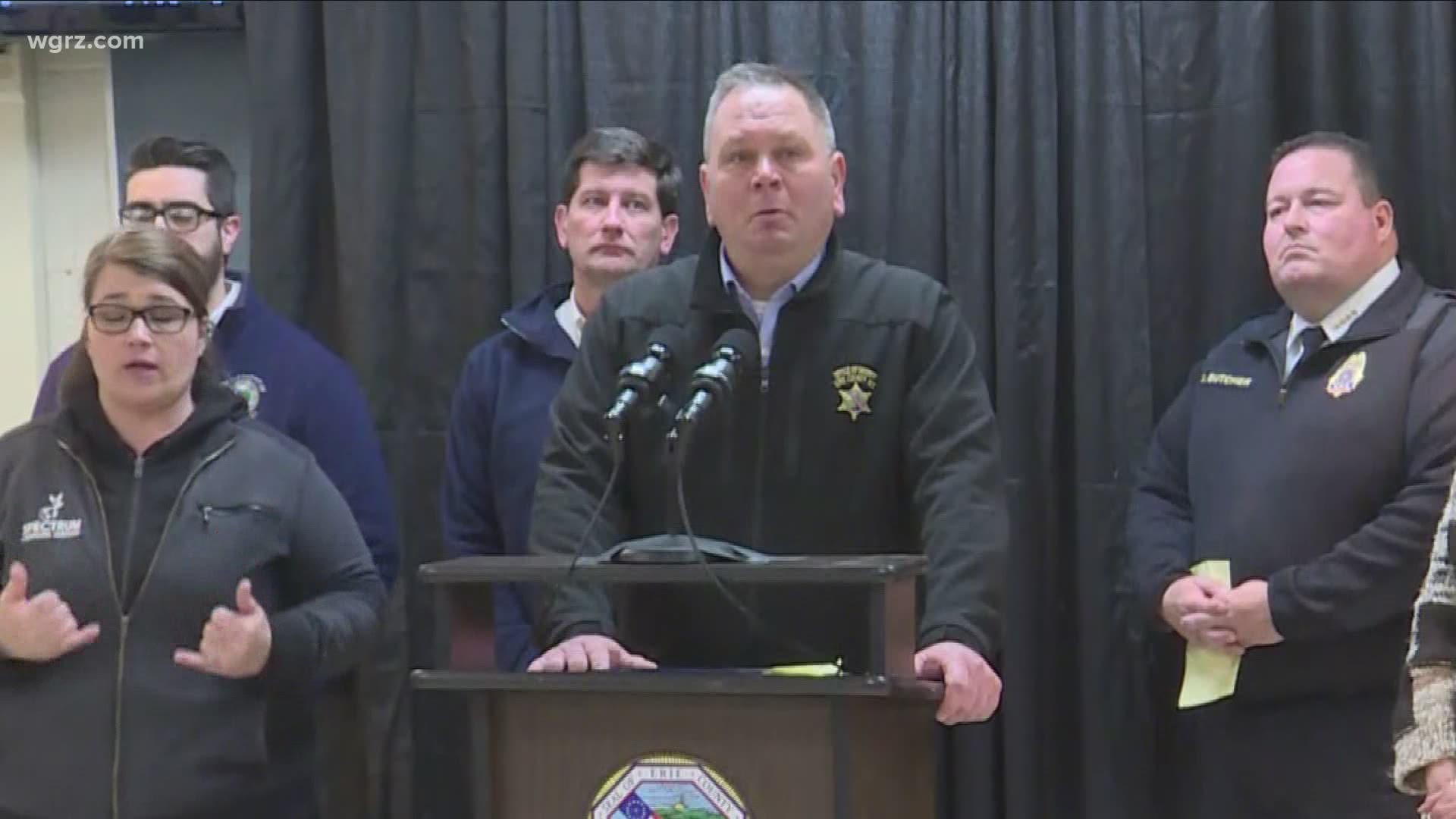 However, County Legislator April Baskin openly questioned how so many managers were so busy at the jails, which have seen such a decrease in population due to bail reform and other factors that the sheriffs office is proposing to house all of its inmates at only one of its two existing facilities going forward.

“Respectfully, undersheriff, this is the second committee where you have come in and given blanket explanations,” said Baskin “We cannot accept an answer from you that there is just a lot going on, or there are just so many things to do, to address that overtime was needed to such an extreme amount and not ask specific questions."

Continuing, Baskin informed the undersheriff, “We’re going to need to know why your people were making up to $50,000 almost in overtime in just the last couple of months if we've seen a decrease in the jail headcount."

All Hands on Deck

When Poloncarz declared the state of emergency he remarked that he would need all hands-on deck to deal with the pandemic.

It seems like plenty of hands were in the overtime till.

During the first 12 weeks of the pandemic, Health Commissioner Dr. Gale Burstein was paid $71,000 in overtime, a figure which, according to county records, has grown to $88,000 through the most recent payroll period.

Other managerial and confidential employees, all of whom are political appointees and eligible for overtime during the state of emergency, along with their total overtime pay for the first 12 weeks through June 5 include:

It is unclear whether the additional overtime these individuals have collected, and will continue to collect, will impact their eventual pensions, which is based on their three-top earning years. 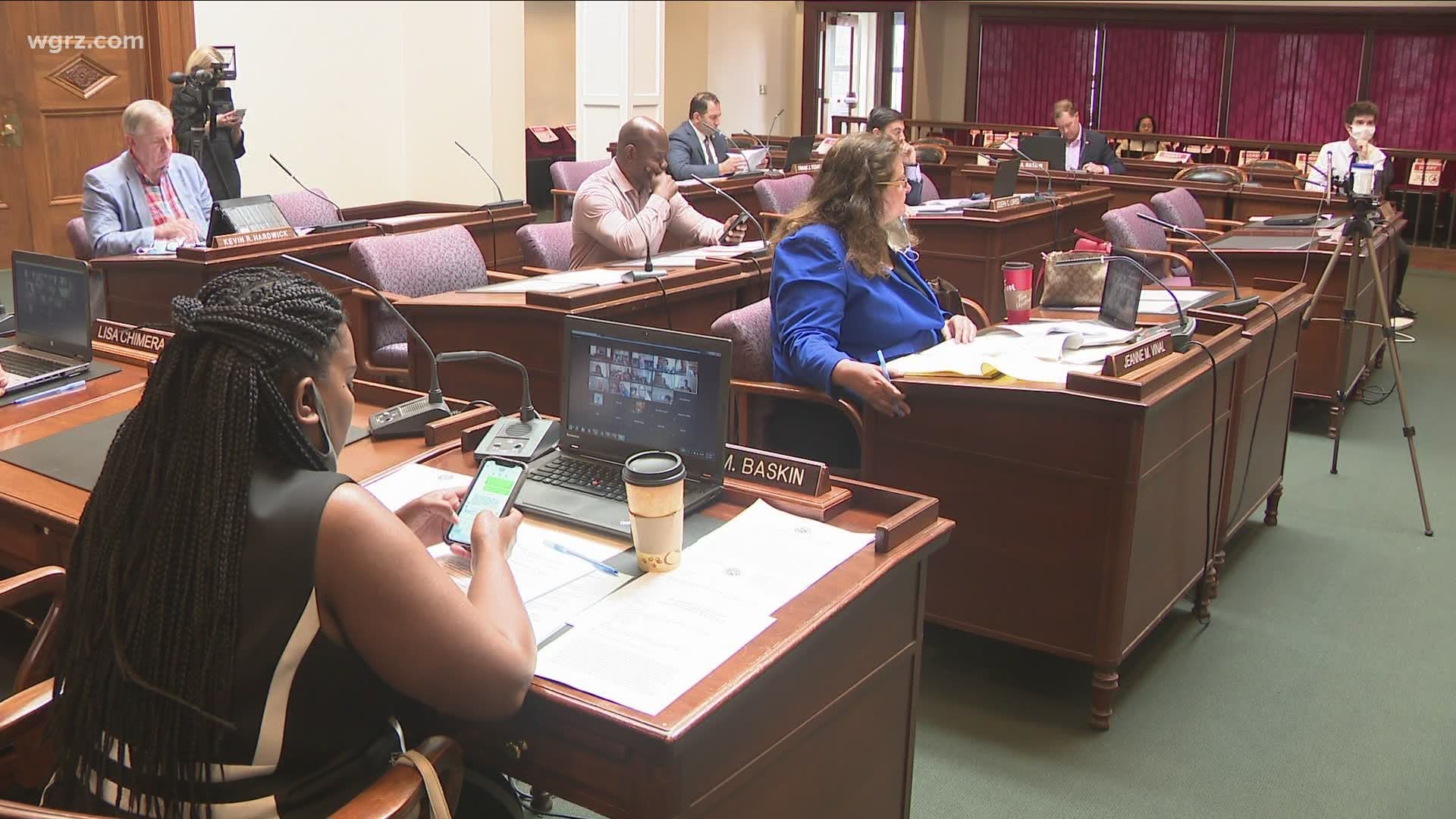