Poloncarz says some homeowners may see a reduction in their county property taxes. 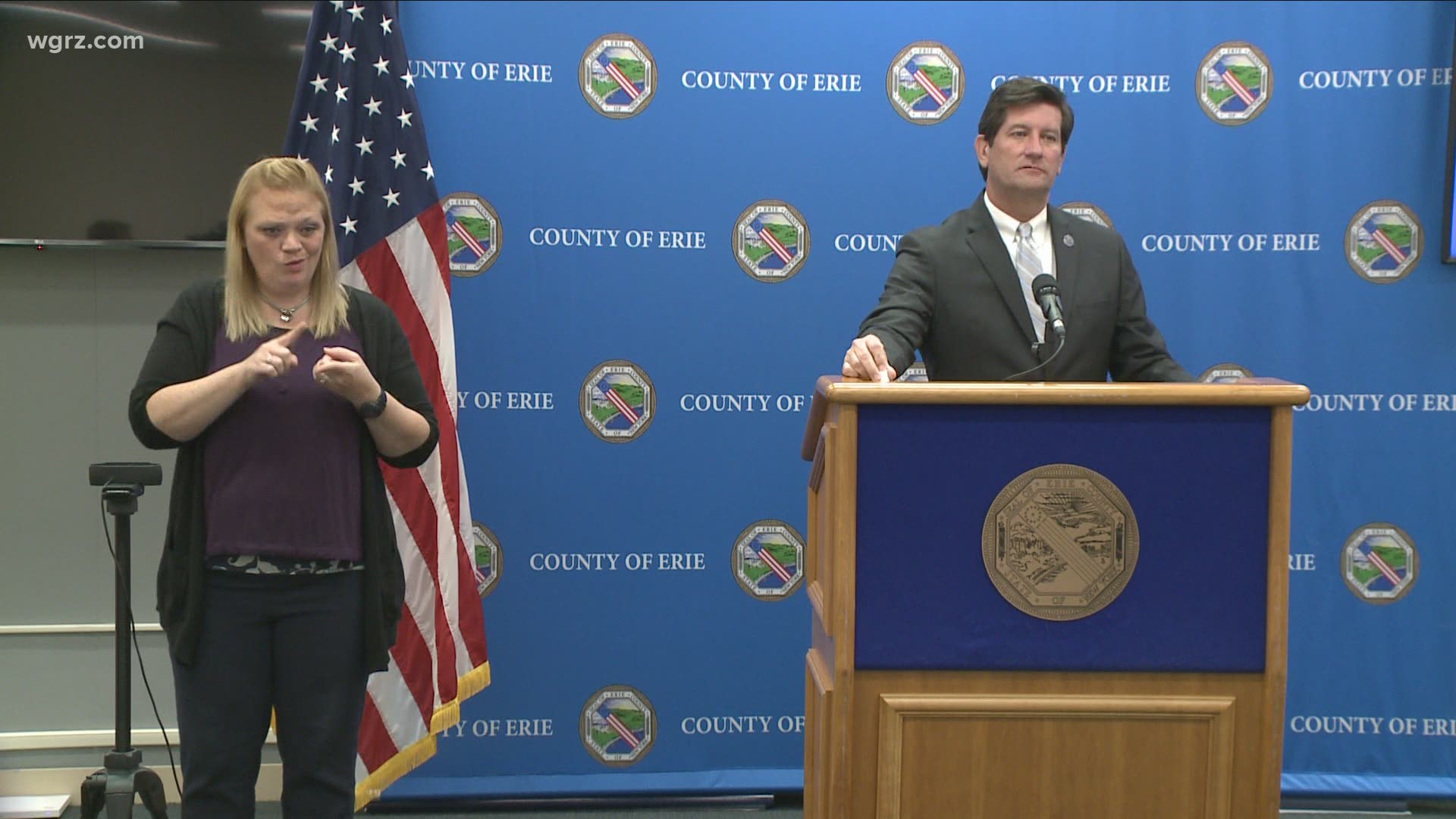 Sales tax revenue is down 2.3% so far this year due to COVID-19, but Poloncarz says that is better than what they had originally thought, because they were still able to collect sales tax through online shopping.

Since the sales tax shortfall is not as bad as county officials had feared, there will be no drastic property hike for Erie County residents and the county will stay below the NYS property tax cap.

The $1.47 billion budget proposed by Poloncarz will slightly reduce the property tax rate, from $4.71 per thousand dollars of assessed value to $4.43 per thousand.

However, due to reassessments, primarily in the city of Buffalo, the overall property tax levy (the total amount of property taxes collected by the county) will actually rise by $7.5 million.

Additionally, because towns, villages, and school districts, which are also facing financial difficulties, also assess property taxes, homeowners could still see a hike in their overall taxes next year.

The county executive says county government will be providing the same services, but with less people. They will also have to fund increased mandates from the state, which is also faced with a budget shortfall.

There are 19 actual layoffs proposed in the budget, with those jobs being cut almost exclusively from the Erie County Sheriffs Office.

This is due mostly to bail reform measures that have emptied much of the downtown holding center, meaning less staff is needed as inmates are consolidated to the county jail in Alden.

“This Proposed Budget is the result of careful planning, close cooperation, and a common vision of how to move Erie County forward despite the daunting challenges presented to us by the COVID-19 epidemic.  After working closely with all county departments and independent elected officials to review their budgets, the Division of Budget and Management was presented with a significant overall budget gap which we immediately set to work to reduce,” said Erie County Executive Mark C. Poloncarz.  “Difficult decisions needed to be made, but a realistic, cooperative and conservative approach helped to identify measures that were the most fair and responsible. In addition to an unprecedented cut in the property tax rate, the Proposed Budget includes funding for infrastructure projects, saves taxpayers millions by reducing the eligible amount of college chargebacks, and preserves the services and programs that the public expects.”

These are all the programs and services we are required under law to fund, administer etc. pic.twitter.com/ZvRivI8zqc

The county will also provide funding for arts and cultural institutions.

2 On Your Side's Dave McKinley is covering the budget proposal and will have more details on Channel 2 News First at 5pm.