Erie County has more than 30 snow removal crews working to clear 600 lane miles across the area. 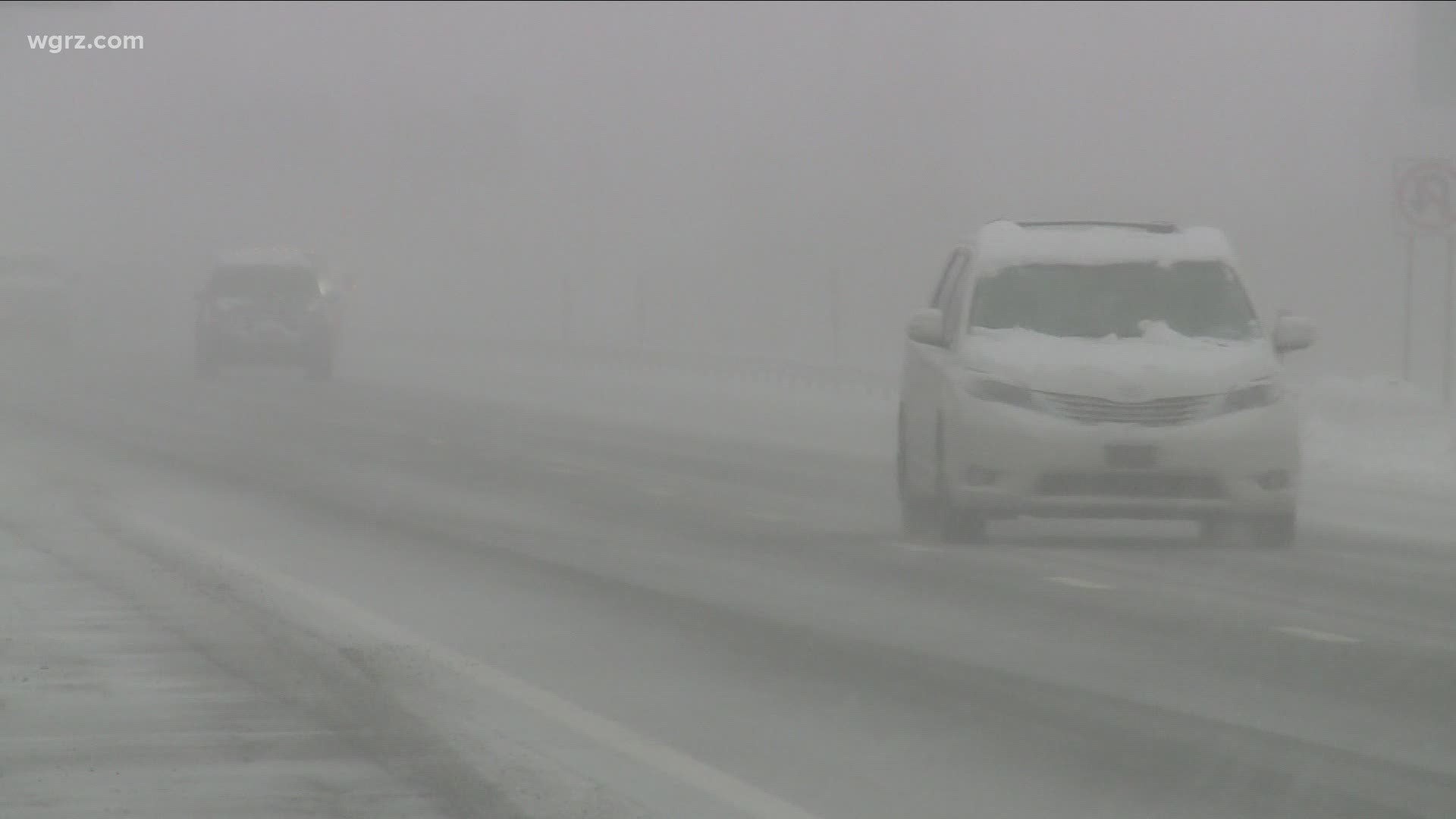 Commissioner William Geary told 2 On Your Side that he has more than 30 crews working Saturday across five different districts: Hamburg, Clarence, Aurora, Concord, and Harlem.

The Hamburg district, which stretches from West Seneca to Gowanda, was one of the busiest on Saturday. Heavy snow, high winds, and low visibility made travel and cleanup difficult. At times, snowfall rates were around 2 inches per hour.

Crews in the Clarence district focused their attention on the southern part of the district. The entire district runs east of Transit Road from Elma to the northern border of Erie County.

A view from the Clarence District. They are seeing heavy snowfall at this time. Plows are hard at work. #DPWWeatherresponse pic.twitter.com/LYIjbEbo7e

Gusty winds meant a lot of blowing and drifting snow all across Western New York. Geary said north/south roads were especially difficult to keep clear with winds coming out of the west at more than 20 mph.

"Not only were crews dealing with just removing the snow that was deposited from the lake effect bands, but they're continuing to chase a lot of drifts," Geary said. "It's rapidly changing conditions, hence why the county executive put out the travel advisory. Everybody just be alert. There are breaks in those bands, so it gives you a false sense of security when visibility increases and then all of a sudden it goes down to zero in no time."

Erie County crews are responsible for plowing and salting about 600 lane miles. The county contracts with local towns which handle the other 600 lane miles.

Less traffic on Christmas Day and on Saturday made things a bit easier for cleanup crews. Typically Erie County would have less coverage on a weekend, but dozens of crews will work around the clock to cleanup and catch up.

Geary says crews will remain on the clock well into Sunday, as they perform truck maintenance to keep up on blowing and drifting snow, even after the lake effect bands subside.

"This up and down roller coaster, we are set for. We're ready. The crews are ready. We've got plenty of supplies on hand. We're willing to pivot wherever we need with whatever mother nature throws at us," Geary said.

Geary is reminding drivers to be mindful of plow drivers and give them their space out on the roads, especially when visibility is low.