Stefan Mychajliw plans on being at a Dyngus Day celebration where a donation will allow you to burn masks. 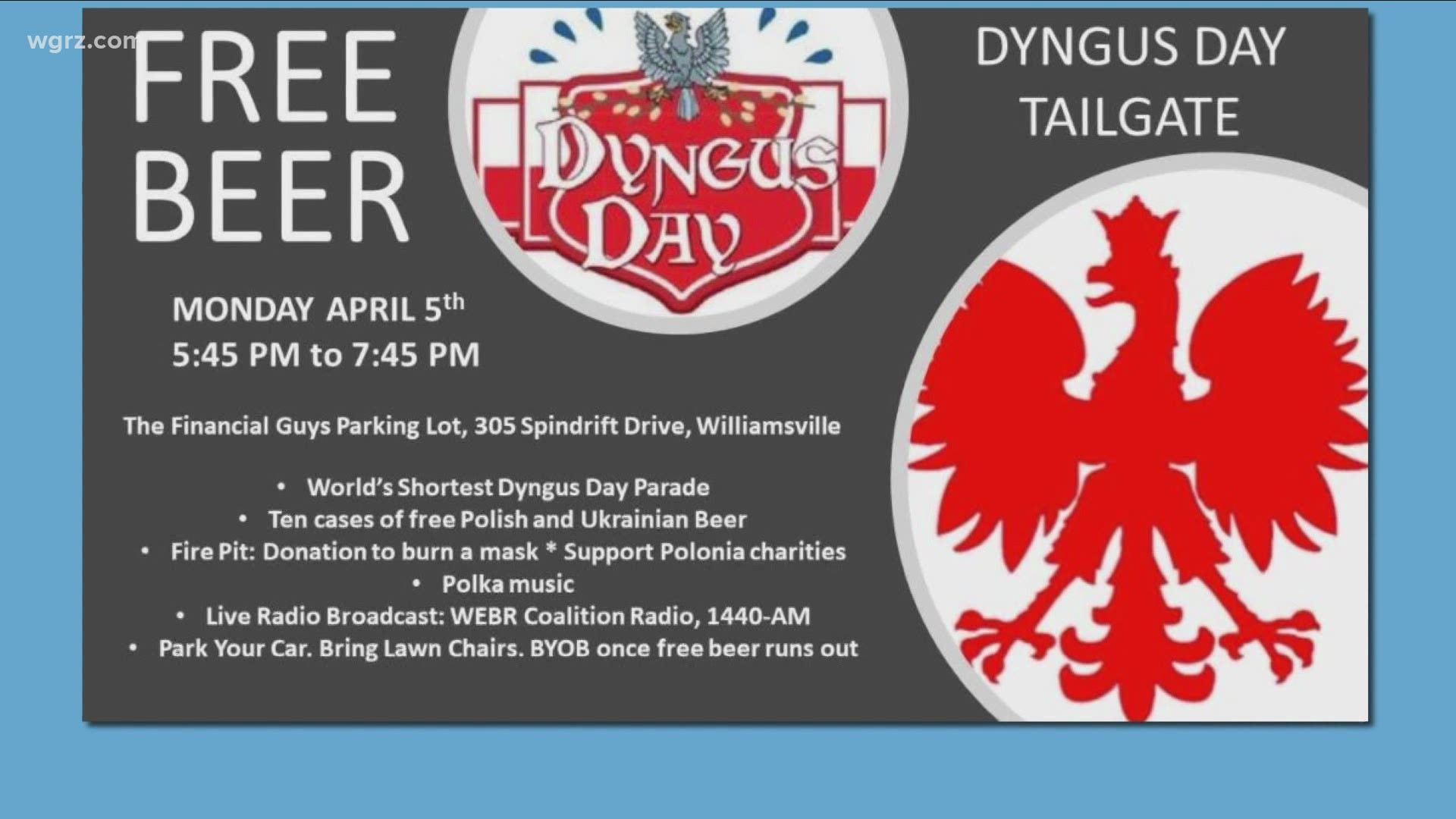 BUFFALO, N.Y. — Erie County Comptroller Stefan Mychajliw said he is happy to celebrate Dyngus Day 2021 and plans to attend a Dyngus Day tailgate. According to the promotional flyer posted on his social media pages, there is free beer and a fire pit where you can make a donation to burn masks. Donations will go to Polonia charities.

Mychajliw called this afternoon's event "a wide open tailgate to celebrate his favorite holiday." He said people can social distance and be safe.

The comptroller said he does not plan to burn a mask. When asked if he wears a mask,  Mychajliw said "only if I have to."

According to the Centers for Disease Control and Prevention "people age 2 and older should wear masks in public settings and when around people who don’t live in their household.

Referring to the media questioning him about his promotion of the event and possible attendance, Mychajliw called it "a typical fake news left-wing, snowflake thing....that people are sucking their thumb in a fetal position in their mom's safe space of their basement." He once again referred to the Erie County health event."