Kim Beaty says she was told she wasn't a good fit for the role of Sheriff. Jeremy Zellner called her comments 'offensive and filled with blatant falsehoods.' 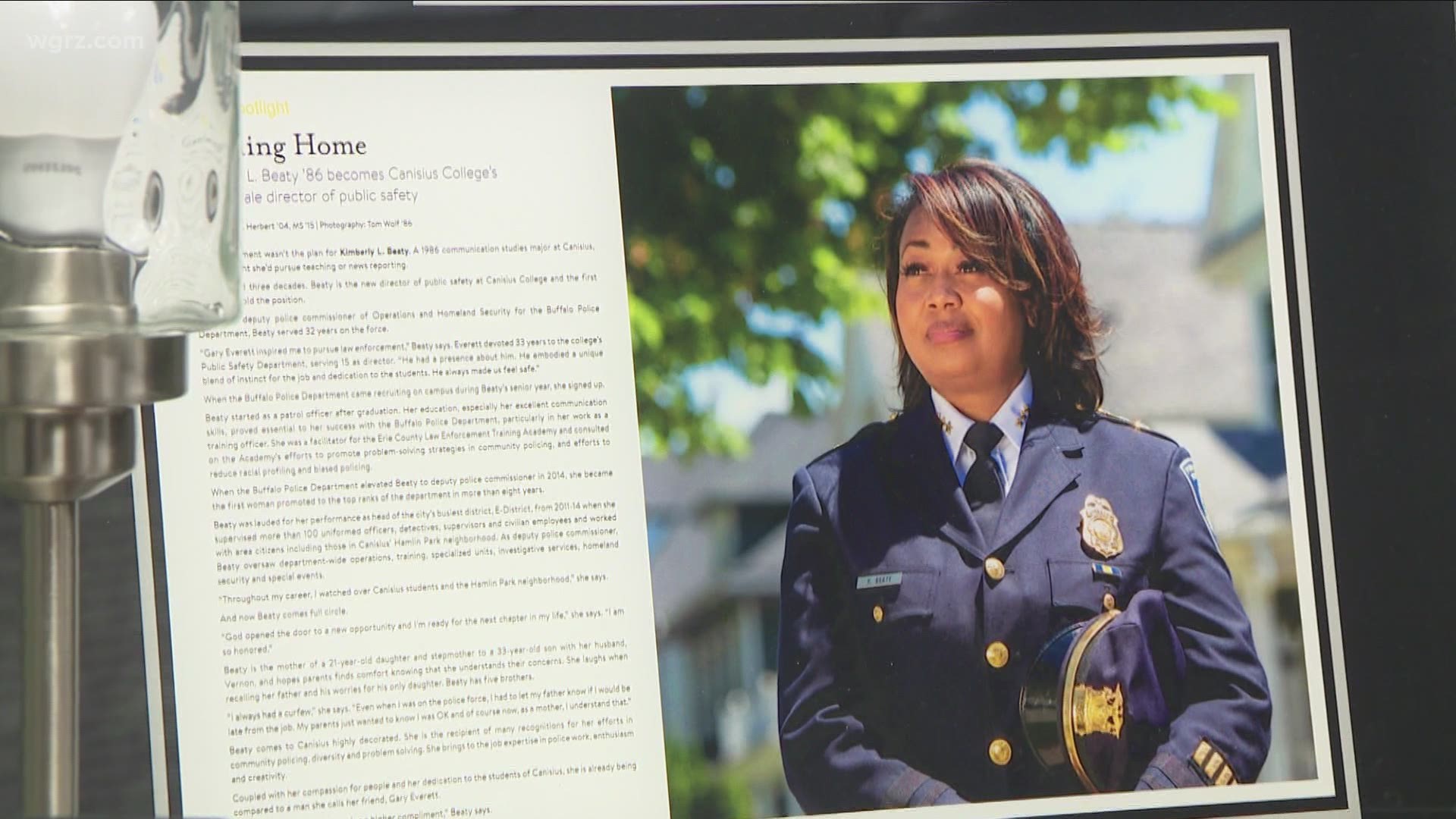 BUFFALO, N.Y. — A candidate for Erie County Sheriff is speaking out in a candid fashion.

Kim Beaty has 30 years of experience in law enforcement. However, she says politics came into play when she was being considered for the county's top law enforcement position.

Beaty says the chairman of the Erie County Democratic Party told her, in so many words, she wasn't a good fit for the role. She says she entered the race because the community urged her to do so and she knows she can make a difference.

"When I approached the chair, I didn't know what was in his heart," Beaty told Claudine Ewing on Saturday. "He said I didn't look like a sheriff and that qualifications don't matter, so if that is what he considers as not a good fit, then that's on him.

"There was a pattern of him saying things like this to me, and with my qualifications, Claudine, if I don't look like a sheriff, who does?"

She eventually dropped out of the race, but has re-entered the race and will primary for the Democratic line against the endorsed Democrat Brian Gould. Also seeking the Democratic endorsement is activist Myles Carter.

2 On Your Side reached out to the Democratic chairman, Jeremy Zellner. He said her comment about the endorsement process is "offensive and filled with blatant falsehoods." His full statement can be read below:

"The article in today’s Buffalo News regarding the ECDC’s Sheriff’s endorsement process is offensive and filled with blatant falsehoods. Anyone who participated in the multiple, hours-long interview sessions knows that all prospective candidates were given an equal chance to make their case. It was the most open and inclusive vetting we have ever conducted, and we can be proud of it.

"Kim Beaty made the decision to withdraw her candidacy before the committee concluded its deliberations and before we received the results from an expensive poll conducted just prior to her departure. And the simple fact is that while Brian Gould is leading the way on transparency in this sheriff's race, Kim Beaty has not been forthcoming.

"She never disclosed a harassment suit against her that ultimately cost taxpayers $10,000, a fact that was uncovered by a reporter. She also made a firm commitment to our party that she would not run in a primary. Lack of honesty and transparency is at the root of the embarrassments and tragedies our community has suffered under our current sheriff; we don’t need more of the same."

Beaty responded by tell 2 On Your Side "that was a decision made by an arbitrator and it was regarding a grievance that a captain had filed against me that has nothing to do with my personnel file."

"ECDC has fielded and elected some of the most diverse slates in its history in recent years, and we are a party open to new ideas and new voices from across this community. Any suggestion otherwise is simply wrong. The desperate attacks in today’s article stem from the same disaffected group that has consistently tried to undermine the unity and momentum we have achieved together, and they are a distraction from what should be the real goal: electing a sheriff every resident and taxpayer of Erie County can be proud of. Brian Gould will be that sheriff. Let’s focus on winning this primary, and then move on to victory in November!"

Beaty believes qualifications do matter. "Most of those candidates (for sheriff) I trained on certain aspects of law enforcement and some of them went through the academy and I was their instructor."

The Erie County Republican Party endorsed Karen Healy-Case as its candidate for sheriff. 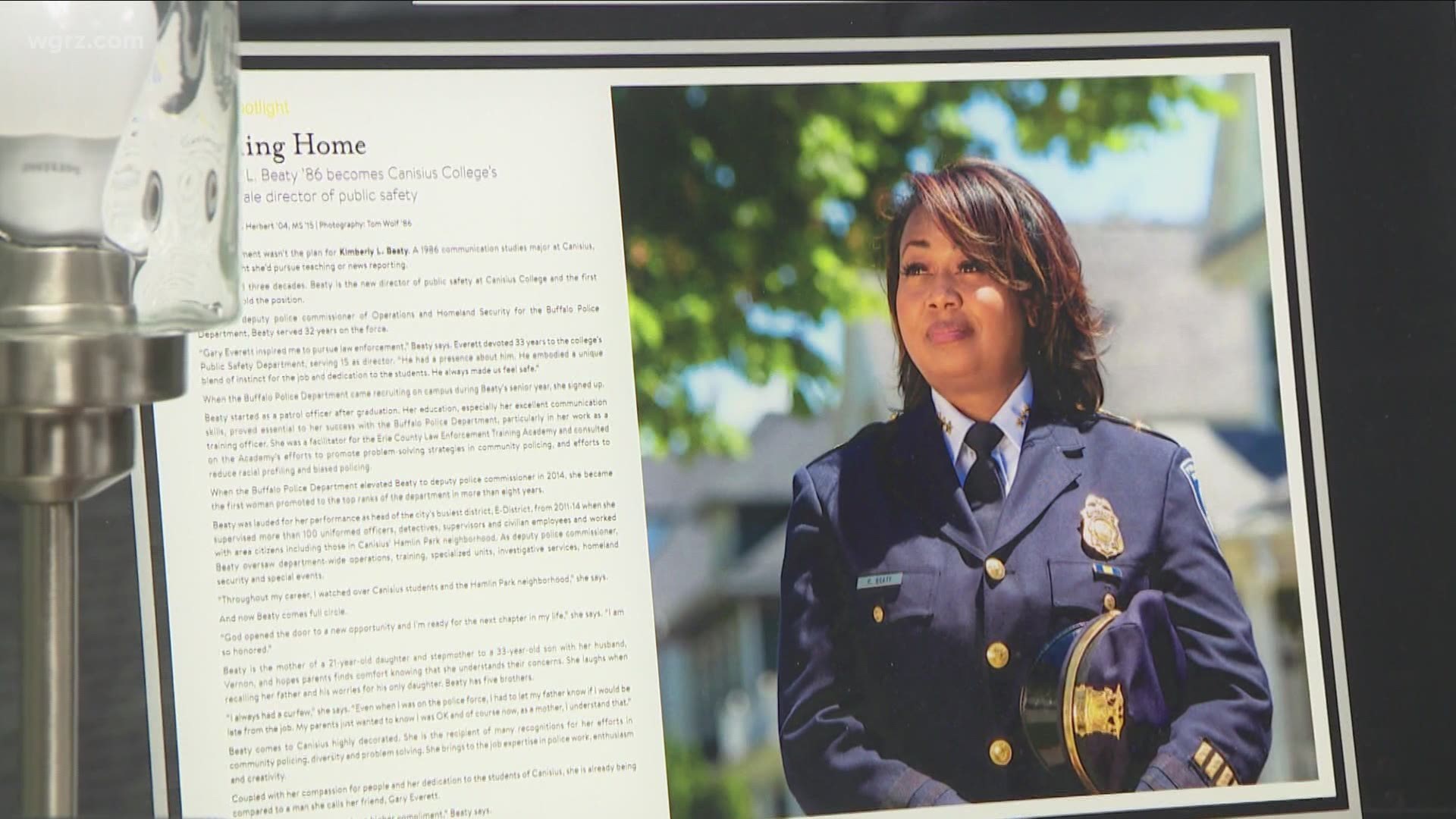