The county executive repeated on Tuesday that it is going to be months until most people can get vaccinated. 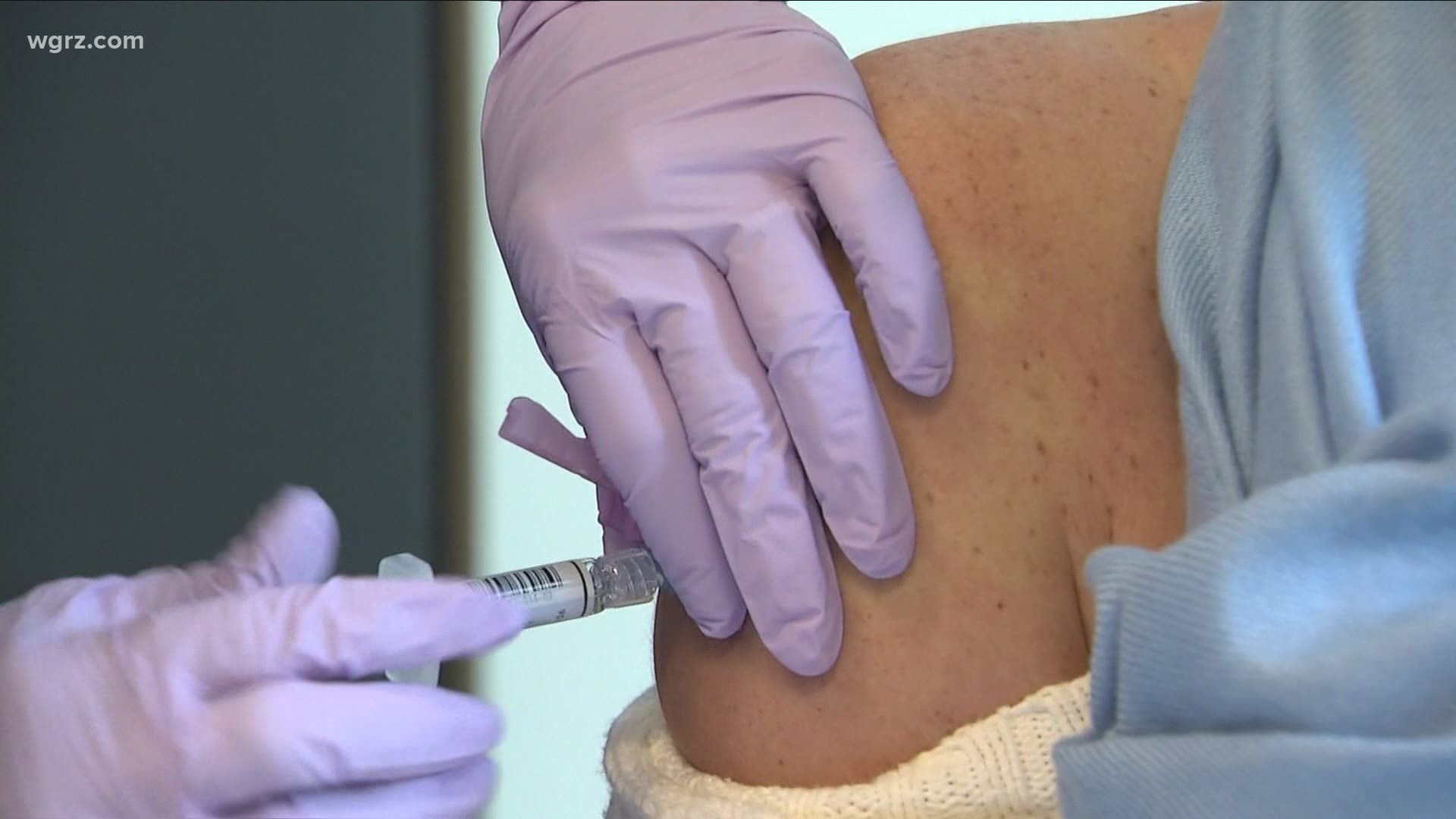 BUFFALO, N.Y. — Erie County had to cancel its vaccine clinics for Monday, Tuesday, and Wednesday this week.

The county executive repeated on Tuesday that it is going to be months until most people can get vaccinated. Erie County Executive Mark Poloncarz says probably less than 1 percent of people in Erie County have gotten both doses of the vaccine so far.

The problem is that the state isn't getting the county the vaccine it needs to be able to keep all of the appointments people made already. So, if your appointment was cancelled, you will be prioritized in February. Those appointments aren't being rescheduled yet because the county doesn't know when the doses will get here.

2 On Your Side asked Poloncarz if there is going to be a county hotline in the future so people who don't have internet at home, and can't get through on the state hotline to go to a state clinic, have another option to make an appointment.

"Well, our goal is, but unfortunately the system is incapable of handling it right now," Poloncarz said. "We know we've received more than 45,000 requests to be advised when clinics open up in the future through our form that exists on the website. We originally were told by New York State to schedule appointments out in advance, now that we don't have the vaccine, they've even told us don't schedule appointments out in advance. We don't know what we're getting. So it makes no sense to have these scheduled out in advance. I know New York State is doing it. I don't know if they're going to be able to meet their demand."

Poloncarz says appointments at county clinics for the rest of the month are up in the air.

"We're going to prioritize those who had vaccination appointments cancelled," Poloncarz said. "We will attempt to vaccinate those individuals with their first dose in the early weeks of February. We are not going to schedule those until we know we have sufficient doses on hand. It would be silly for us to go ahead and schedule these individuals for early February at a location when we don't know if we're gonna have the vaccine in hand." 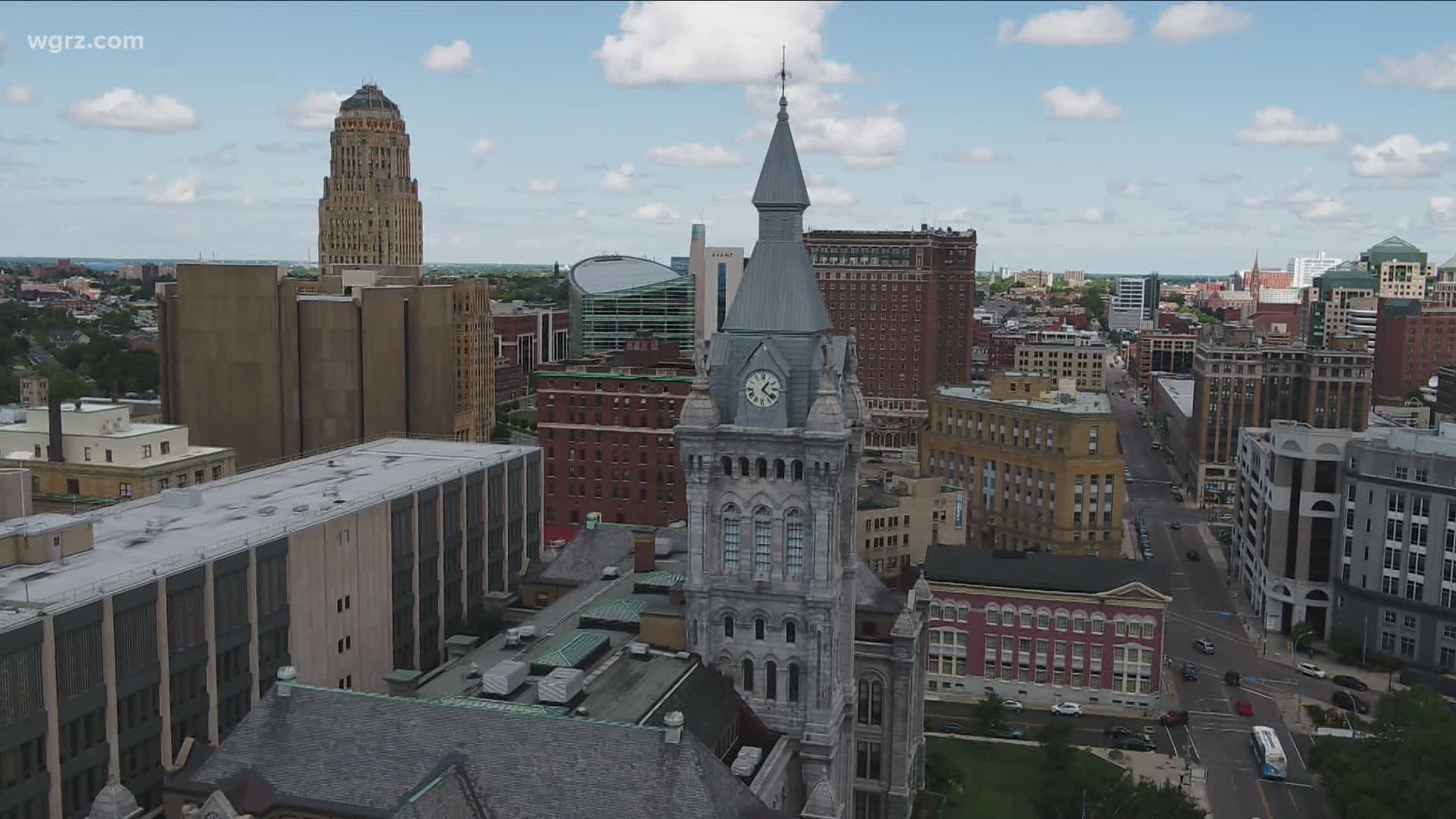 While a lot of the press conference was about the vaccine, the Orange Zone in Erie County was also discussed.

Although the restaurant rules are back to Yellow for now, a big part of Erie County is still in an Orange Zone. While COVID-19 numbers have changed, the zone status hasn't.

It's something the county executive asked the governor about more than a week ago. Orange Zones are more restrictive than Yellow Zones for certain types of gatherings and have different capacity limits for houses of worship.

Tuesday, Poloncarz said he's had multiple conversations with the state about getting Erie County out of the Orange cluster zone.

"I truly thought we'd be in at least the Yellow Zone at this point," Poloncarz said. "I reiterate what I've said before. We should be treated fairly. We did deserve to go in the cluster zone based on the statistics and the numbers that we saw when it was put in the Orange. Unfortunately, many other areas of our state are now surpassing us with regards to hospitalizations, as well as percentage positive, and they have not been put in the cluster zones. I've continued to share with the governor and his staff we should be treated fairly."

But as of Tuesday afternoon, there is no update as to if, or when, the zone status could change.