In the past couple years, crews have dealt with dozens of emergency landings and other mechanical problems involving planes. 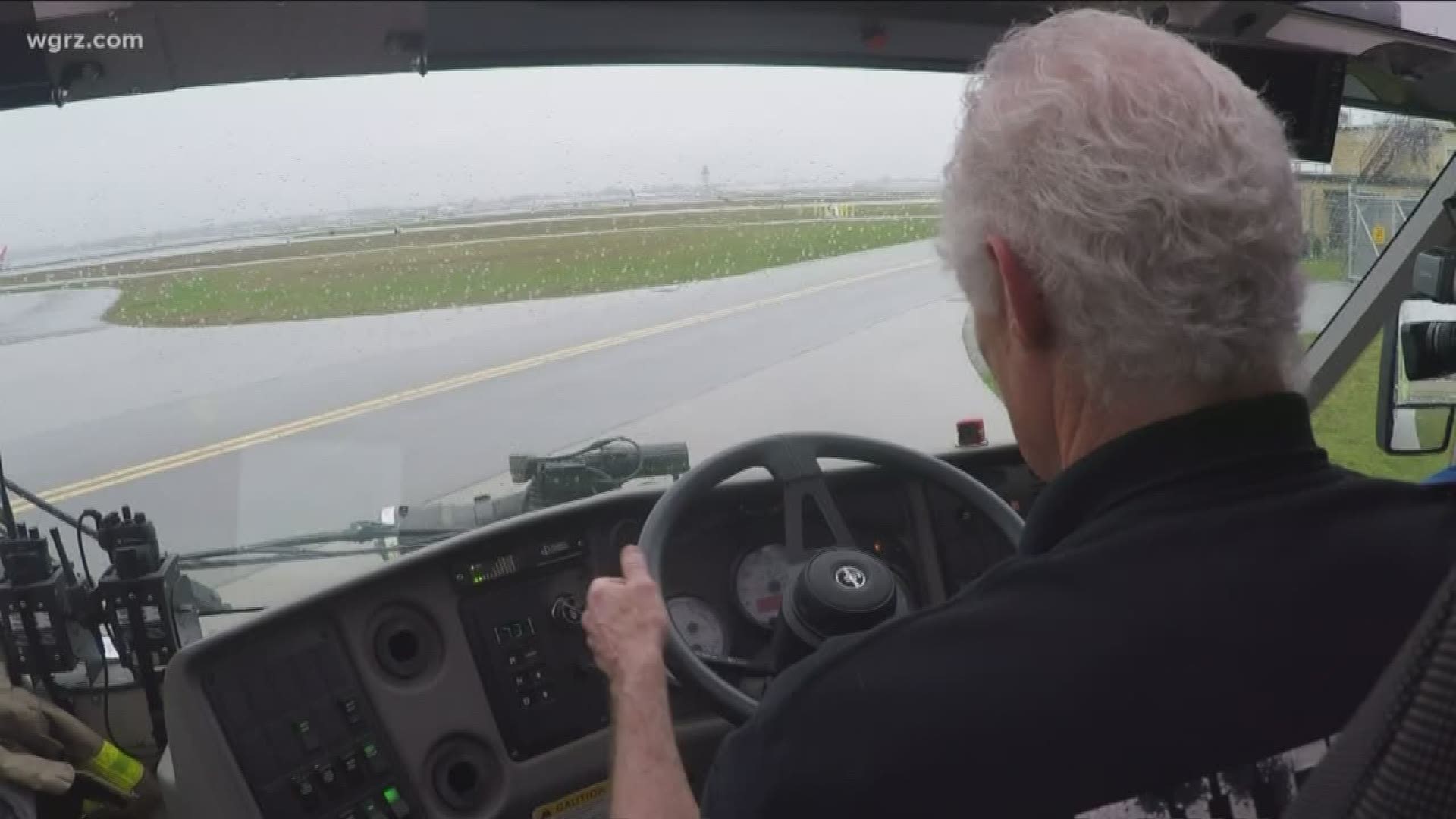 CHEEKTOWAGA, N.Y. — Firefighters at the Buffalo Niagara International Airport responded to 632 emergency incidents in 2018, an increase from 507 in 2017.

And over the past couple of years, crews have dealt with dozens of emergency landings and other mechanical problems involving planes.

In one instance, a business jet carrying actress Jennifer Lawrence lost an engine while at 31,000 feet en route to New Jersey. It made an emergency landing in Buffalo.

Last year, bird strikes and lightning strikes also forced unplanned landings, although nobody was injured in either incident.

"When the bell rings, everything stops, and we go into our response," said Chief William Major, who has been with the fire department for more than a decade.

He said the majority of emergency incidents are for EMS calls, which can involve people exiting planes or in the terminal or other airport areas.

In recent years, his firefighters have helped save three people who suffered serious heart attacks. In one instance, the man had just exited a commercial jet.

Assistant Chief Michael Kluck allowed 2 On Your Side to get up close to one of the specialized training sessions at the airport.

"Why is the training important?" reporter Michael Wooten asked.

"Well, because we never know what we're going to get for one thing," Assistant Chief Kluck responded. "And we have to be on top of our game for everything out here, so whether it be an aircraft, EMS or anything, people can feel that they're safe, they're protected."

The fire department even has a retired Boeing 727 jet, which was donated by FedEx, that is used for training purposes.