To the surprise of no one, the famously colorful billionaire defended himself in the most personally combative terms. 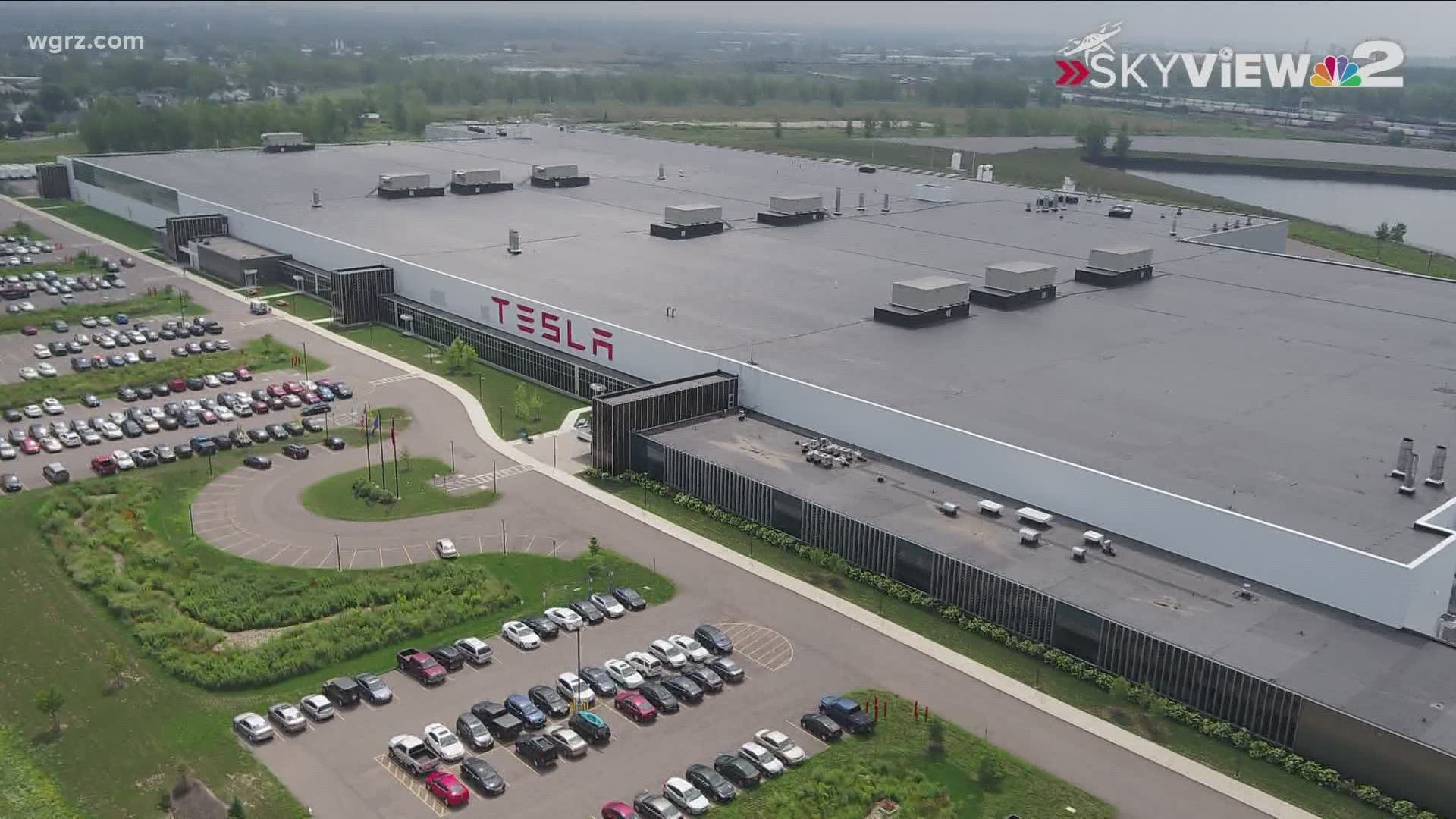 BUFFALO, N.Y. — Tesla founder Elon Musk took to a witness stand Monday in The Chancery Court in Wilmington, Delaware where Tesla was incorporated like many firms. He defended his company’s 2016 acquisition of the troubled SolarCity roof solar panel company against a shareholder lawsuit that claims he is to blame for the deal that was rife with conflicts of interest and never delivered the profits he had promised.

New York State used "Buffalo Billion" funding to construct and equip the over $750 million South Buffalo facility that was given to SolarCity in exchange for job creation expectations. It remains to be seen if Tesla will meet those commitments under a deadline which the state agreed to extend due to the pandemic.

Panasonic had been working with Tesla to produce those panels but decided to pull out. In addition, Channel 2's Steve Brown has reported that crates of equipment provided by the state to equip the factory were shipped to a Niagara County warehouse for storage and disposition. New York State Senator Sean Ryan told 2 On Your Side that the equipment is now deemed to be obsolete and while the state is trying to sell it, it may have to be written off.

To the surprise of no one in the Delaware courtroom, the famously colorful billionaire defended himself in the most personally combative terms. “I think you are a bad human being,’’ Musk told Randall Baron, a lawyer for the plaintiffs who was pressing Musk to acknowledge his mistakes in helping engineer the SolarCity acquisition.

Isabel Hughes is a reporter on the justice/court beat for DelawareOnLine.com and attended Monday's first day of the trial. She told 2 On Your Side that Musk attempted to use humor in the courtroom and was somewhat subdued in the morning under general questioning by his attorney. But then Musk, who is regarded to have a major ego with his social media comments, tangled more-so with Baron.

She recounted Musk's comments, "He said at one point I respect the court - I don't respect you. It was just theatrics."

According to a CNBC report, shareholders in the lawsuit claim the 2016 purchase was essentially a bailout. Ari Levy is a Senior Technology Editor for CNBC who told WGRZ how the deal was perceived back then.

"It was burning cash - it was a very capital intensive business," Levy said. "It wasn't clear what their path to profitability was at the time. And so the view by many shareholders was that well this was actually a bailout of Solar City. It was Elon bailing out himself and his family members by pulling Solar City into Tesla."

Levy does point out that circumstances have changed for Tesla with the major surge in its stock price, production boost of its car firm, and success of its SpaceX sector since 2019.

Hughes does say, "If Elon (Musk) loses he will be forced to pay about $2.6 billion which was the cost of the acquisition and that I believe is the largest - that would be the largest judgement against an individual."

She notes that is comparable to what corporations may payout in a major case, but not just a person.

However Levy points out, "Even if he were to pay out the full amount - over $2 billion - it's a drop in the bucket of his net worth."

Some say Musk is the second wealthiest person in the world.

The CNBC report says, "Tesla board members settled in late 2020 for $60 million, but Musk opted to take the fight to court."

Hughes says Musk is expected to be back on the witness stand on Tuesday.