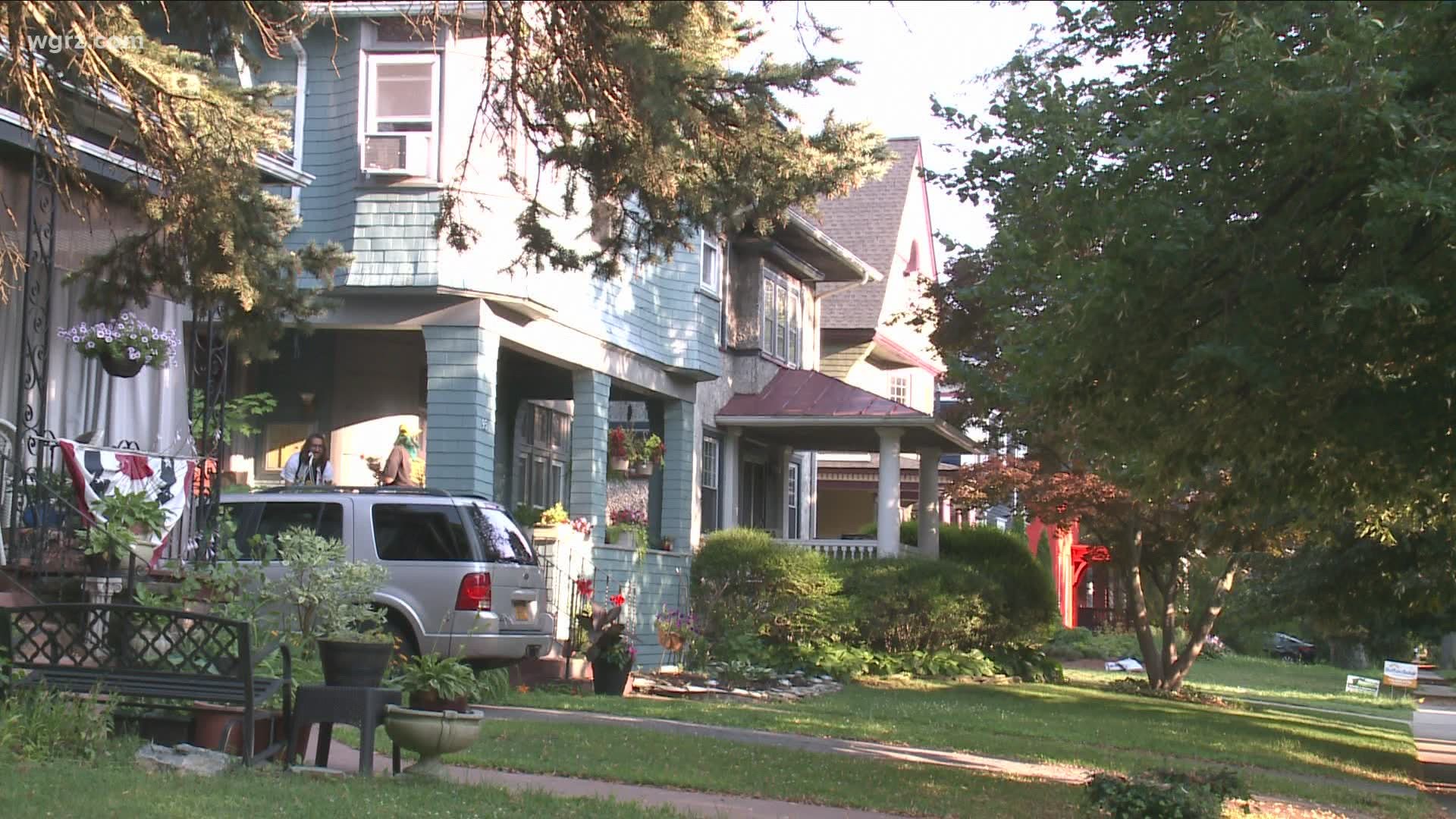 BUFFALO, N.Y. — The residents of Elmwood organization held a meeting at the Isaias Gonzalez-Soto Branch Library to discuss the idea of Elmwood Village becoming a local historic district.

"There's a lot of regions of the city that are designated as a local Historic District," said Grethen Cercone, a representative of the Residents of Elmwood organization. "Allentown, Linwood, Hamlin Park, and we see that they have protections from demolitions and different regulations that we currently don't have, and are suffering as a result of not having."

Elmwood Ave has seen significant transformations over the last decade, not without controversy. The multi-unit development at the corner of Elmwood and Forest drew the ire of Elmwood Village residents when it was first announced, Additionally, skepticism is growing over a Douglas Development project at Elmwood and Bidwell.

"It's really about ensuring that the historic assets that we have in the city and specifically in the Elmwood village, are preserved," Cercone said. "So that may mean not having an entire block of houses demolished for a new structure."

The meeting Wednesday night primarily focused on the positives to the residents in Elmwood Village if historical status was achieved.

"The benefits of being a local historic district your property values typically go up," Cercone said. "There are protections against demolitions and development that takes place is more regulated, and it's more in line with the historic context of the neighborhood."

The pathway for the Elmwood Village to be designated a local historical district isn't without hurdles.

The Residents of Elmwood organization says they'll continue to host community meetings to discuss the pros and cons of the idea. The next step is to apply for historical status with the Buffalo Preservation Board. If the status were recommended by the Preservation Board the motion would then be voted upon by the Buffalo Common Council.