The protests were held following the death of George Floyd in Minneapolis by a police officer. 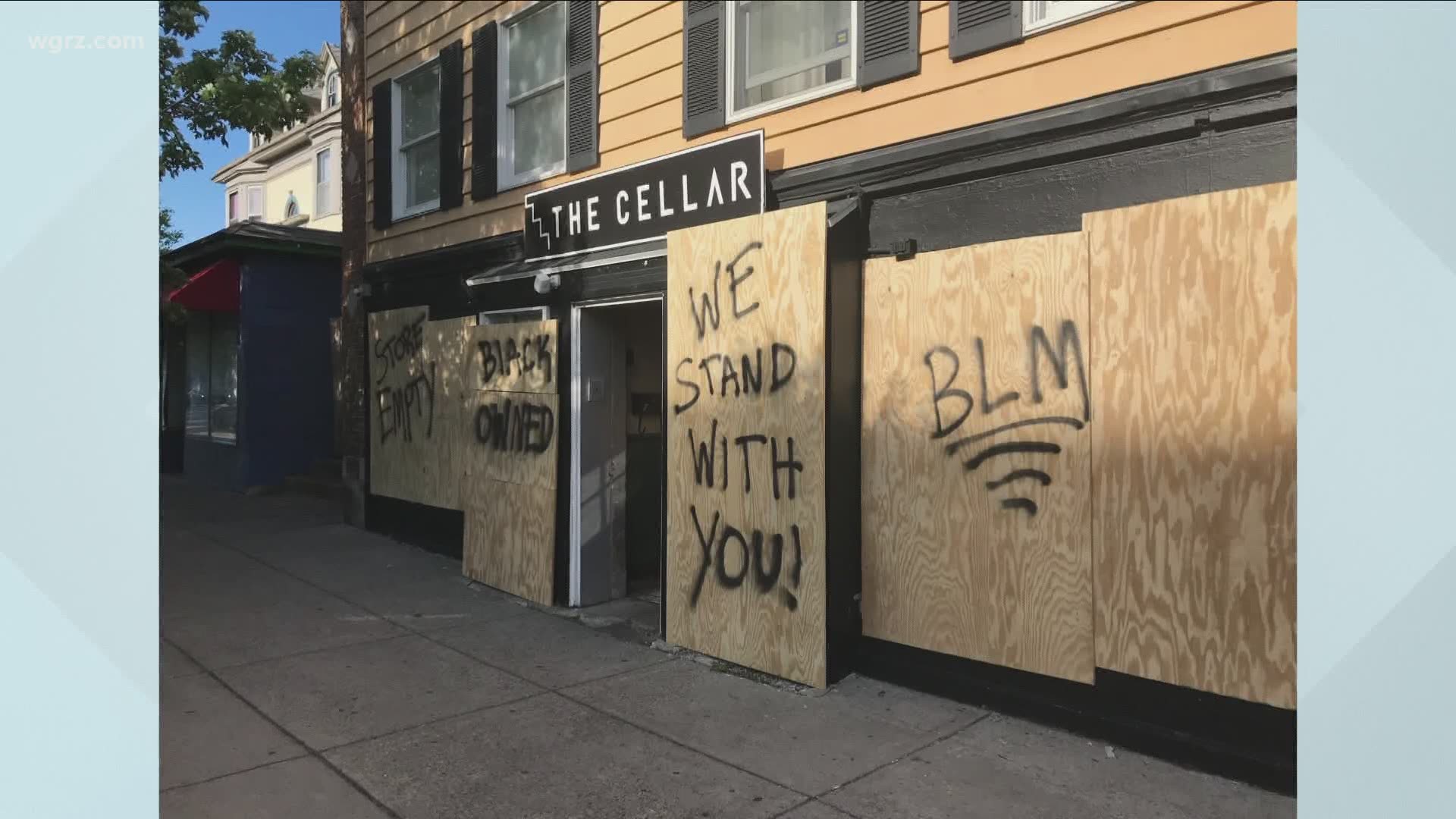 BUFFALO, N.Y. — A fundraiser to help businesses in the Elmwood Village pay to repair damage to their storefronts by vandals Saturday night is halfway to it's goal.

The violence broke out in the village following the protest against police brutality in downtown Buffalo, in response to the death of George Floyd in Minneapolis by an officer.

Elmwood Village Association Board President Therese Deutschlander says in total, twenty businesses had broken doors or windows by Sunday morning. The association's "Glass Ain't Cheap" fundraiser has collected 10-thousand dollars to distribute to those businesses so far. Deutschlander says they'd like to double that.

"Often times, if it's under 1,000 to repair a window, it won't be covered by insurance," she told 2 On Your Side. "When you've had literally no money coming in for three months, a thousand dollars is a lot of money. So over 10,000 dollars has been raised and we're hoping that we can at least double it, so we can get as many of the windows replaced as we possibly can."