New York Is only state said to be blocking procedure. 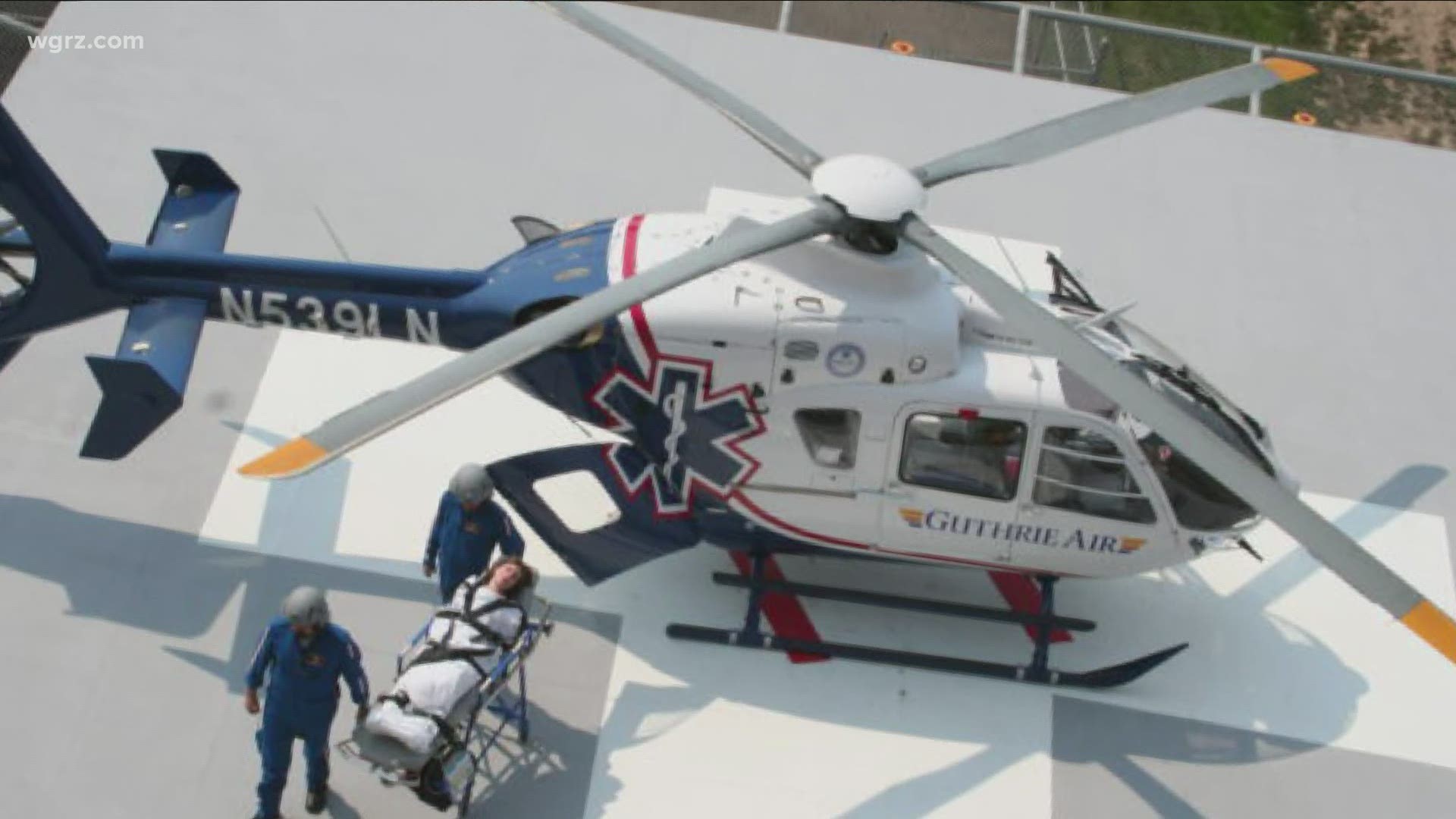 BUFFALO, N.Y. — There is a long overdue life-saving medical measure in the works right now in Albany.

It has taken years to get passage of a bill to allow air ambulance crews in New York State to more easily provide blood for critically injured patients.

But one step is still needed before that crucial process can begin even as other states have been doing this for decades.

Mercy Flight crews are some of the best at what they do. They get critically injured patients to the hospital as fast they can to give them a fighting chance to survive and make it alive to the emergency room.

But they might do it even better if New York State allowed them to also provide life-sustaining blood during that transport under a registered flight nurses' supervision. That's something every other state except New York currently allows.

Michael Gugliuzza is the Medical Operations Director and a Paramedic with Mercy Flight of Western New York. He said with all the years that he's been involved, there's a lot of areas that unfortunately New York State is a little bit slower on.

The New York State Health Department reportedly requires a blood bank permit with numerous regulations that many say discourage such transfusion procedures with protocols and paperwork.

The storage issue is apparently part of the issue which other states have figured out how to handle. And it is frustrating for emergency medical service providers and Emergency Room doctors. Dr. Kaori Tanaka is Mercy Flight's Systems Medical Director and an ER physician.

2 On Your Side asked if he feared that perhaps some patients have died because they did not have access to this blood on an air ambulance? Tanaka replied,"Oh yeah. Absolutely."

"We have fluids and we know - there's only so much fluids can do. You know up to about a liter maybe - two liters of fluids. But then after that - that it's not helping them. It's actually only hurting them more-so," said Tanaka. "And they know time,  just like blood, can run out  for someone bleeding externally or internally you can have your entire blood volume lost in a matter of five minutes in an average adult."

Again other states have allowed allow this process for many years and worked out refrigeration storage issues and protocols. And in a highly publicized case earlier this year,  a Binghamton area man who lost his legs in a farming accident says he was saved with a transfusion from the lucky dispatch of a Penna based air ambulance instead of New York crews.

The New York State Senate and Assembly unanimously approved a bill to more readily allow the procedure. It now is awaiting Governor Cuomo's signature. His office did not respond to our request to if or when he might sign it.

It could allow Mercy Flight and other ambulance services to implement it with proper training which has already begun.

But in the meantime we asked, "Every day that goes by you could have another potential situation like this. Right?  Gugliuzza replied, "True. Yeah It would be good to get it signed sooner than later because there are still some pieces that have to be put into place like logistical elements."

"There's that hesitation that they just wanna make sure all the policies are in place and that accurate and adequate training are in place for all the providers that are going to be initiating blood," Tanaka said.

Tanaka also said it may help with the distribution of blood supply in some rural areas and smaller hospitals with limited resources. As an ER doctor at ECMC which is a Level One Trauma Center she said, "They'll say we only have one unit available and this is all we have. I need to get this patient out of of here as soon as possible."