Election officials knew it would be high, but even they couldn't have predicted the response. 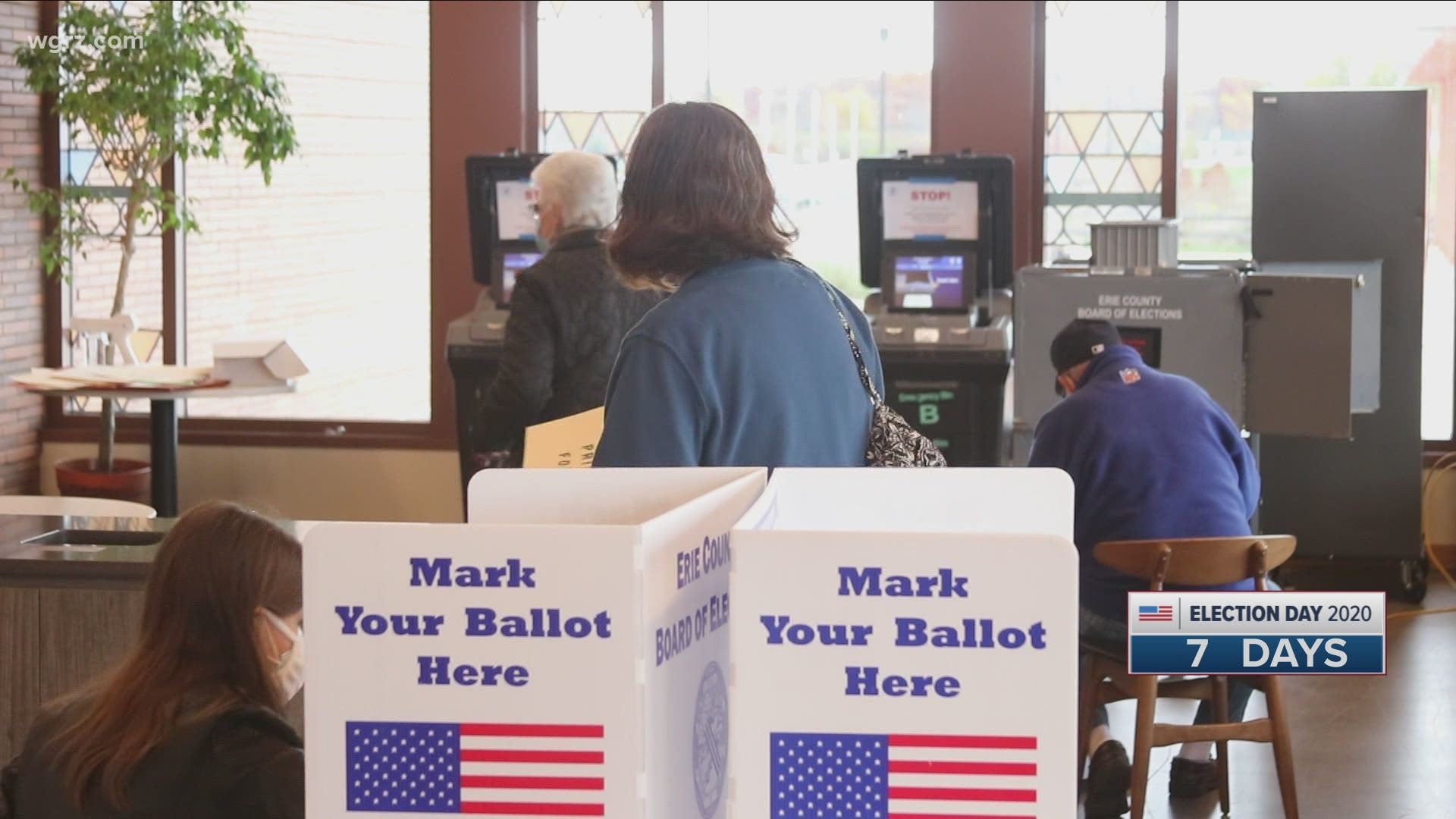 BUFFALO, N.Y. — Early voting continues to be popular, with long lines seen again on Tuesday in Erie County and across New York State.

Election officials knew that turnout would be high for the contentious presidential race in particular; however, even they are surprised at the number of those turning out for early voting.

Not even counting Tuesday, which brought another significant number of early voters, more than 48,000 Erie County voters cast their ballots early, with another 56,000 mailed ballots already received.

Statewide, through Monday, there were well over 700,000 voters who went to the polls early.

Across the country, the number of voters who have already cast ballots through early voting is now over 60 million.

The desire to vote early continues to make long lines for some, due to a combination high turnout and a limited number of early voting sites. Although with 37 sites, Erie County has more than any other upstate county.

As well, the type of sites being utilized this year, particularly school buildings that might accommodate a larger number of voters, are off limits due to COVID-19 restrictions.

"It's not like we can get a gymnasium and put 75 machines in there," said Zellner. "And we also want to make sure there aren't too many people in each location because of the pandemic."

Plus, with the 6 foot physical distancing protocols, which people were actively being reminded of on Tuesday at a polling site WGRZ-TV visited in Cheektowaga, it makes any line - even if moving well - that much longer.

Zellner also reminded voters that if they get in line by the time the poll is scheduled to close for the night, they will not be turned away and will still be allowed to vote.

"That's why we were still having people vote an hour and a half after the scheduled closing time of polling site in Amherst on Monday night," he said.