According to artist Casey Milbrand, 'As Is' is intended to represent individuality, acceptance and inclusion. 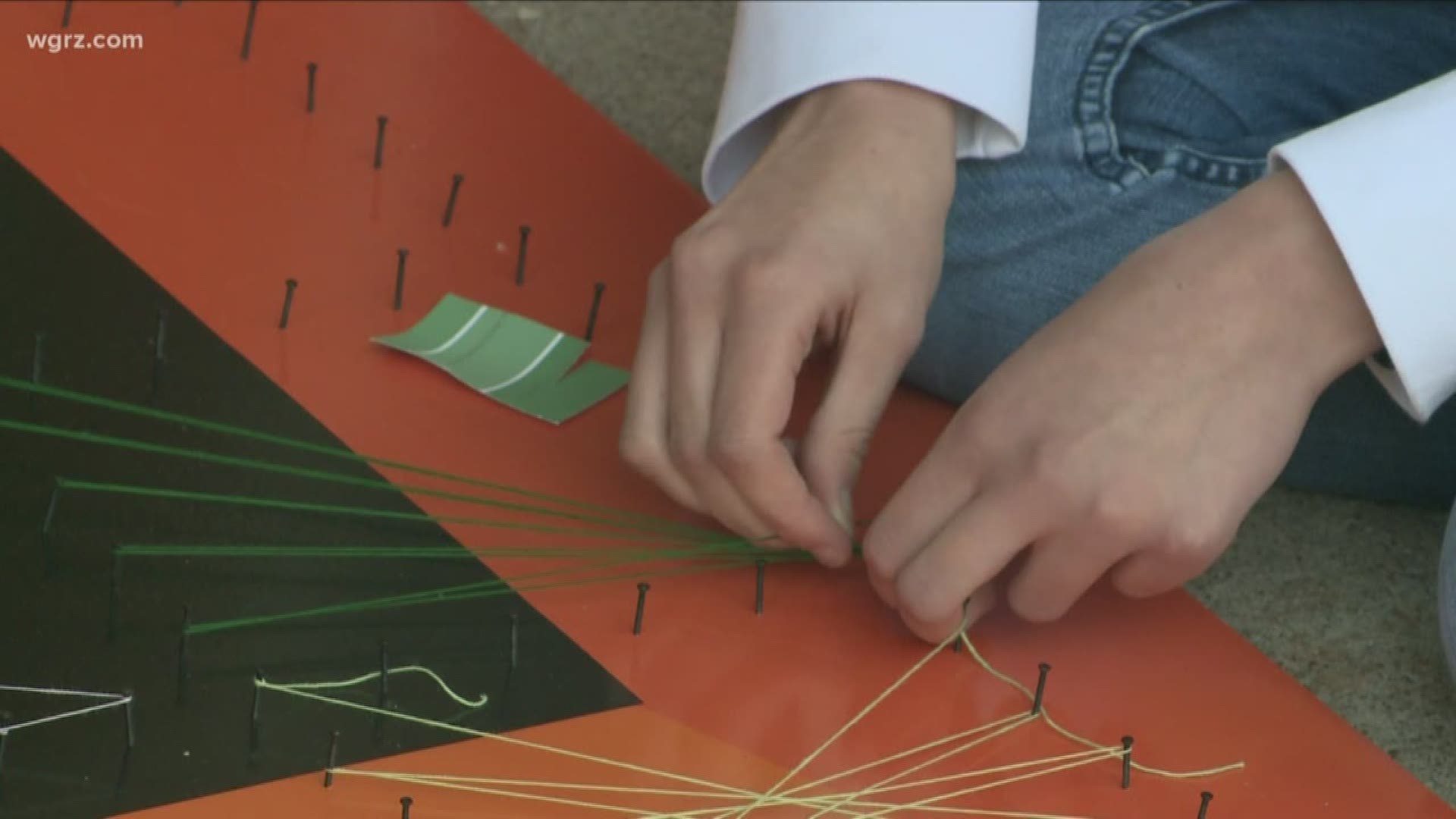 BUFFALO, New York — Friday, October 10 was the 31st anniversary of National Coming Out Day, and D'Youville College marked the day with its first-ever LGBTQ+ celebration on campus.

The day culminated with the unveiling of the pride mural 'As Is,' a work by renowned LGBTQ+ artist Casey William Milbrand.

Milbrand says 'As Is' represents individuality, acceptance and inclusion. "There is a special moment between coming out to yourself and coming out to the world that I want to capture in my design," he said. "One rainbow color at a time, my mural unfolds like a colorful origami accordion. This mural is about the moment you start accepting yourself as you are."

Celebrated every year since 1987, October 11 was chosen for National Coming Out Day to commemorate the first large-scale national demonstrations for the LGBT community, beginning with the National March of Washington for Lesbian and Gay Rights on October 14, 1979.