It will more resemble a motorcade, with a limited number of participants who will remain inside cars because the city would not issue a permit to close streets. 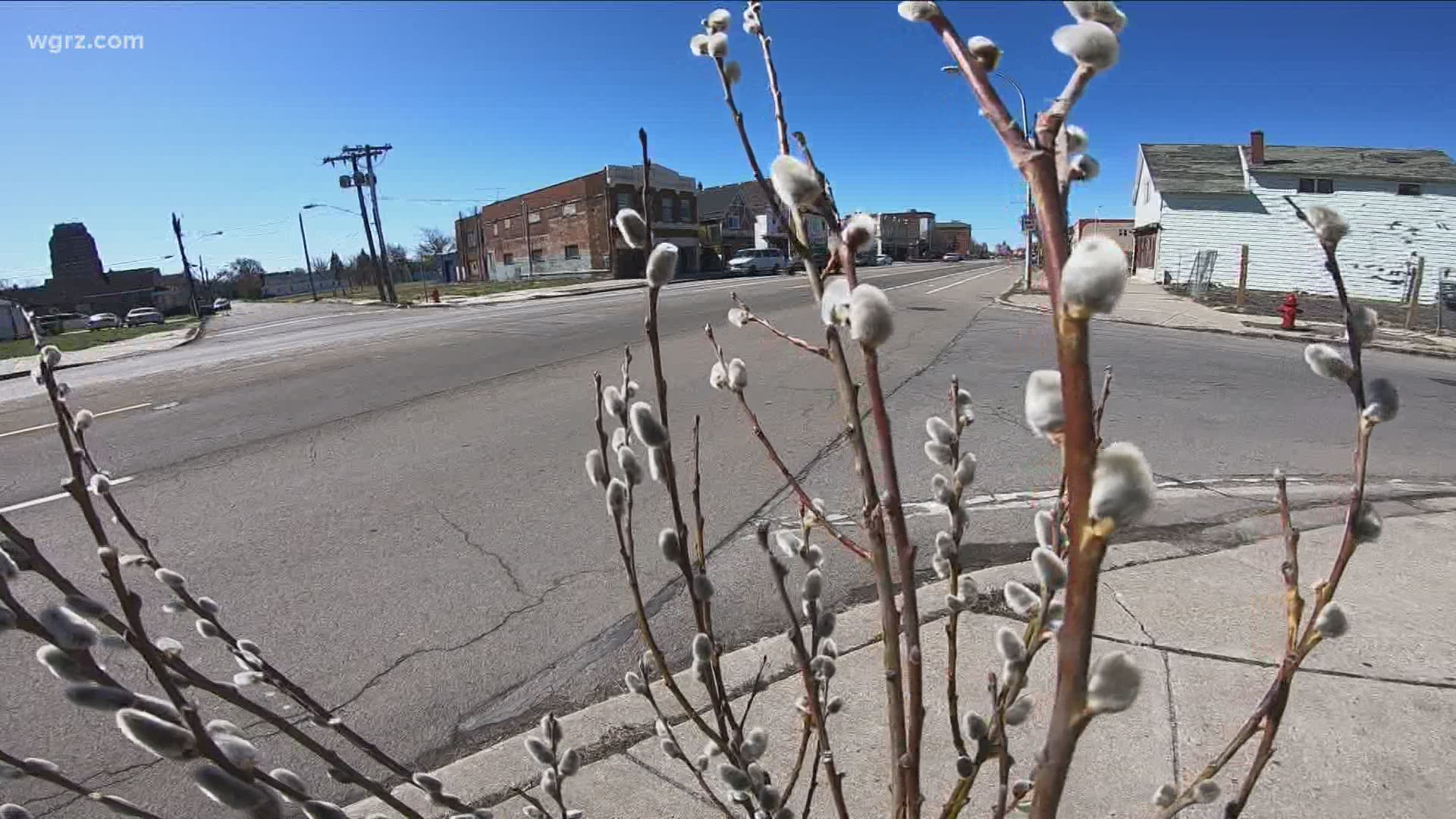 BUFFALO, N.Y. — Organizers of Buffalo's Dyngus Day do plan to have a parade on Monday.

But it will be without many of the usual trappings of the event held annually on the day after Easter, and which normally draws thousands to the city's East Side.

“Basically, what it will look like is a much scaled down version from previous years," said Eddy Dobosiewicz, one of the leaders of the popular celebration of Polish heritage.

The event was cancelled last year due to COVID-19, and with concern over what remains of the pandemic, the city would not issue a parade permit.

Thus, the “parade” will more resemble a motorcade, held along a 10-block section of Broadway between Memorial Drive and Fillmore Avenue.

Not the usual celebration

“We have rerouted and shortened the parade to accommodate the safety issues and the concerns the public may have, as well as the governmental agencies,” Dobosiewicz said, while noting there is no prohibition on, nor special permission needed, to merely drive down the street.

As the street will remain open to traffic, however, the limited number of participants involved will have to remain within their vehicles.

A warning from the county executive

Earlier this week, Erie County Executive Mark Poloncarz said he had no problem with the concept of a motorcade, like those which have been held throughout the pandemic to celebrate birthdays and other special events.

However, he also warned that if things get out of hand, there will be consequences.

“What they can’t have is a parade where there’s thousands of participants, and thousands along the side of the road, who are just drinking or having a good time. If that happens, it’s going to have to get shut down,” Poloncarz said.

At the same Tuesday news conference, Poloncarz opined further regarding who would be permitted to watch the parade, inferring it should only be people that live along the parade route.

“No people along the side of the road, and the only individuals that can stand, theoretically, are those that live in a home,” he said.

2 On Your Side contacted the County Executive’s office on Friday, asking his spokesperson to cite what authority Poloncarz would have to stop traffic, or to prohibit individuals from walking down a sidewalk, or standing along a street while visiting a neighborhood in which they do not reside.

We got no response. However, noted Buffalo Attorney Paul Cambria suggested that, short of imposing a curfew, Poloncarz likely has none in that regard.

At the same time, Poloncarz said he understood the desire for people to celebrate Dyngus Day and that he stood as “a proud son of Polonia.”

“Then I’d like to see his birth certificate,” quipped Dobosiewicz.

Dyngus Day “Parade” set for #Buffalo on Monday, but not like you remember. Coming at 6:14 on @WGRZ TV 2 pic.twitter.com/dMBO05LGlg

Meanwhile, Dobosiewicz, who pointed out that there are no homes along the parade route, also dismissed concerns that large crowds will attend.

"We certainly won't see as many spectators as we normally see, if we see any at all," he said, pointing to the fact that there would not much to draw crowds in.

"There are no events in close proximity to the parade route," he said, referencing the absence of Dyngus Day celebrations this year at the usual places like the Central Terminal, and a host of churches and other venues where tents full of Dyngus Day celebrants would typically spend hours drinking and dancing.

“None of them will be operational this year because of the government dictated mandates," Dobosiewicz said.

The parade will also be live-streamed this year in a further effort to keep any potential crowds down.

“That way people can watch in the comfort of their homes, and don’t even need to come here to see it,” he said.

Even when it comes to neighborhood taverns (there are none along the parade route), which are often spilling over with patrons on Dyngus Day, Dobosiewicz remarked that several have closed due to COVID restrictions that forced them out of business for good.

“And if there are any that are still open, they will be severely limited as to how many people can be inside, and some can only accommodate 20-30 people because of the restrictions,” he said.

Absent the usual revelry associated with Dyngus Day, Dobosiewicz was asked why they even bothered to have a limited celebration.

He said the answer lays in the true spirit of the event, which is celebrated to mark the arrival of spring, and life beginning anew following Easter, which itself is celebrated for the resurrection of Christ.

He even used the term “demonstration,” while noting that during the pandemic demonstrations were never prohibited and, in some cases, depending on the cause, were even encouraged by certain politicians.

Reflecting on the soon hoped for emergence from the pandemic, he added, “I think there is no more appropriate way to reflect on what’s going on in the world today than Dyngus and the spirit of Dyngus Day.”