Dying dad gets to see his daughter get married

When Beth Reese knew her father's cancer was spreading, she made an abrupt decision to try and hold a bedside wedding so he could see his only daughter get married. It happened on Father's Day and a few days later, her father Rick Ferrino died. 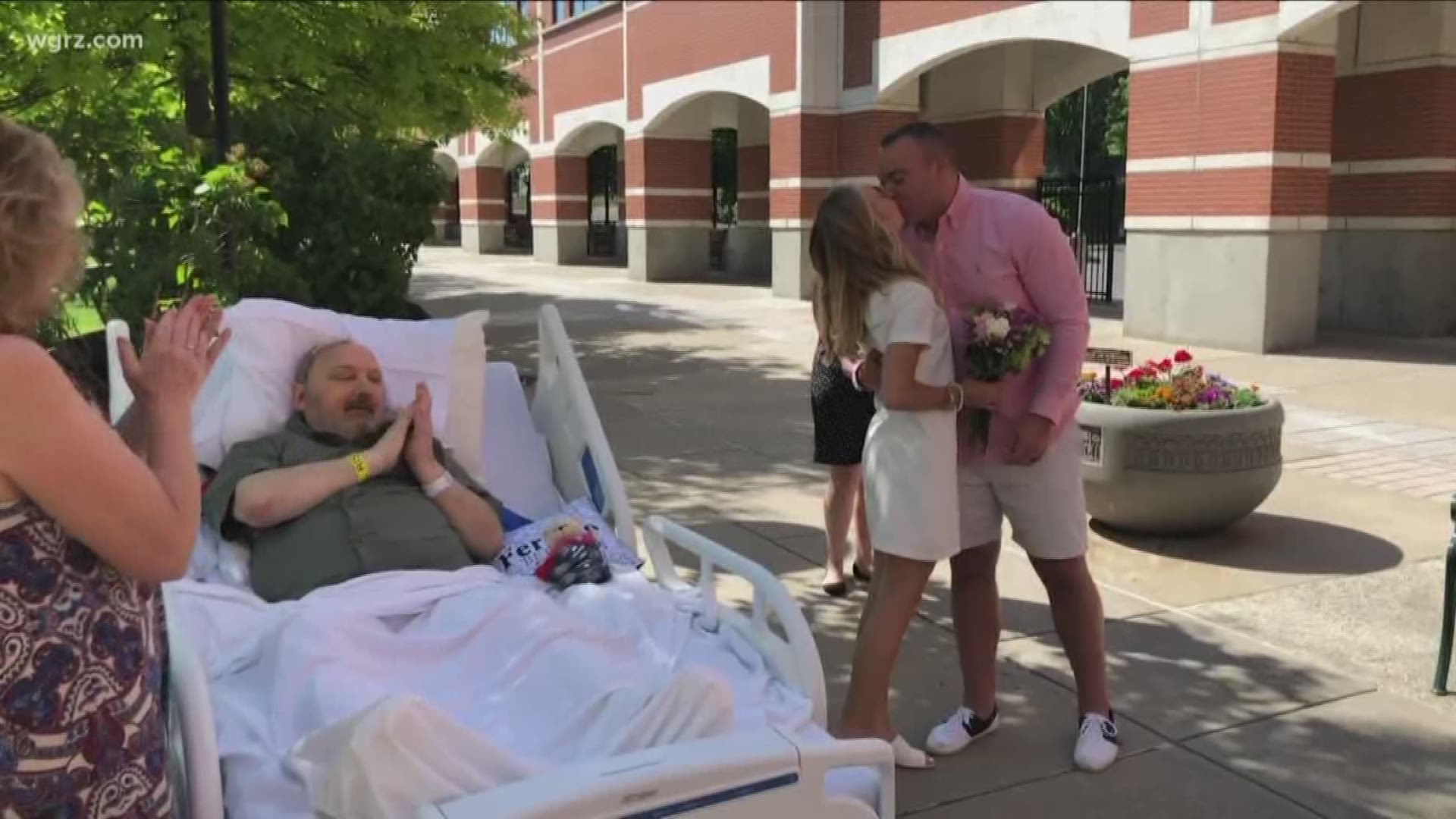 BUFFALO, N.Y. - Beth Reese is definitely daddy's little girl. She's the only girl and when the 23-year old planned a wedding for August 2018, it became a goal for her father who was diagnosed with stage IV lung cancer last year to see her get married.

Rick Ferrino,62, was diagnosed with lung cancer in April 2017.

"Every time I took my dad to his doctor's appointments, his chemo, his surgeries, he would always tell the surgeons, the doctors and nurses, I have to be there for my daughter's wedding I have to make it through, I'm going to fight this fight for her wedding," Beth Reese said.

However in June 2018, the family learned that the cancer was spreading throughout his entire body.

Father's Day weekend was busy for Beth and her soon-to-be husband Austin. Beth then made a decision to have a bedside wedding on Father's Day. The couple quickly got a judge, and Roswell nurses helped make it happen outside on a beautiful day.

Here is video of the ceremony put together by the bride's brother Mitchell Ferrino.

It was a short ceremony and Beth's dad was able to see and kiss his daughter and be part of wedding day pictures.

"It was very emotional just knowing what was going on, but I was happy to know he knew what was going on. And even after we went to his room, he said 'did they really just get married, " Beth said.

Rick Ferrino died a few days later on Wednesday evening June 20 at Roswell with his family by his side.

"This really gave us some peace of mind knowing that his fight had a reason, he wasn't just fighting just to stay alive. He was fighting for his family, he was fighting to see his little girl finally get married," Austin Reese said.

Beth and Austin Reese will still go forward with a big wedding in August. They will honor her dad with a lantern as a bonfire in heaven since he loved bonfires.